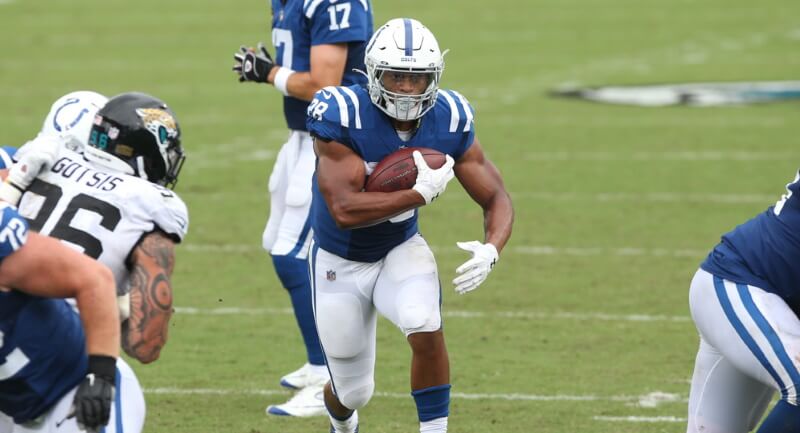 Week 12 is here and man oh man is setting your lineup important this week. Yet, there is no need to stress about this Week 12 matchup as I’m back again with your weekly RB rankings list.

Not only is this list going to help you win your matchup, but it will also help you decide if you want to make a big trade before the deadline. This is the time to make a huge trade if you are on the verge of making the playoffs.

Christian McCaffrey and Jonathan Taylor are the top two this week, and this had to be the closest call for the number one spot. But McCaffrey still put up 20 fantasy points last week and wasn’t 100 percent. So, if you have him going into the playoffs, you’re going to have an easy ride to the championship. Same if you have Taylor, these two are league winners going forward.

Next, I have AJ Dillion ranked at 10 for his Week 12 matchup against the Rams. Now, the Rams are one of the top defenses in the league, but over the last couple of weeks, both the Titans and 49ers exposed them. So, they are not as scary as you think. Dillion is set to have a huge game and has stepped into the lead RB role with ease. Not only is he a big body to get the red zone touchdown, but he is a great pass-catching running back. Something to look out for, even when Aaron Jones comes back.

Lastly, I love Devonta Freeman this week against the Browns. I have him ranked at 25 this week. This will make it easy for you to start him as a flex or RB2 this week. He has four touchdowns in his last five games. Freeman is under the radar, but if you look at his stats, he has been a great flex option since Le’Veon Bell got released. Freeman has 13 targets and 11 catches in his last three games, so he has the pass-catching ability this week. He is heavily involved in this offense and has a great matchup against the Browns this week.