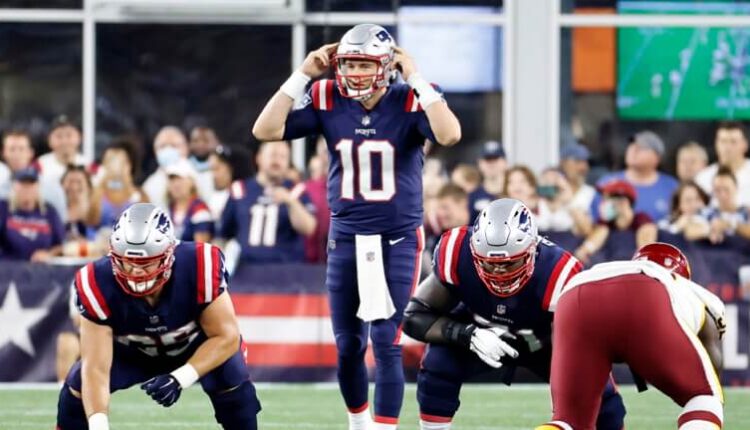 For Week 10, I recommended Carson Wentz against the Jaguars, Matt Ryan against the Cowboys, and Taylor Heinicke against the Buccaneers. Unfortunately, while the Colts handled their business, Wentz didn’t need to throw much given the success of their ground game, and the Falcons’ offense completed imploded against Dallas. However, Heinicke at least managed a top-10 fantasy quarterback finish against a Tampa Bay secondary completed depleted by injuries.

Overall, Week 10 offered some fine options for fantasy GMs who eschewed drafting a quarterback early and have been streaming the position. If you drafted Patrick Mahomes or Josh Allen early or managed to snag Tom Brady or Kirk Cousins later on in your drafts, this article probably isn’t for you. But if you’ve been streaming quarterbacks, here are some viable Week 11 quarterback streamers with good matchups who can help your fantasy team win this week.

Despite not starting last Thursday night due to his finger fracture, Tua Tagovailoa looked good in the second half filling in for Jacoby Brissett following his knee injury. He’s been in and out of the lineup this season due to various injuries, but in his four full games played, Tagovailoa has averaged a respectable 19.8 fantasy points per game. He’s the top option this week among the Week 11 quarterback streamers facing a struggling Jets secondary.

New York’s pass defense ranks dead last in DVOA through 10 weeks, having allowed 283 passing yards per game, tied with Baltimore for most in the league. They’ve also given up multiple passing touchdowns to opposing quarterbacks in every game dating back to Week 5. The only concern is that Miami’s offensive line has rated poorly in pass protection, so Tagovailoa could be under some pressure against a Jets’ front seven that can get after opposing quarterbacks, but that didn’t seem to faze him in the win over the Ravens on Thursday night.

The Falcons rank 30th in pass defense, and they’re second in points allowed behind only the Jets. Atlanta is also fourth-worst in pass rush win rate going up against a New England offensive line that’s allowed Mac Jones to be pressured on just 19.5 percent of his dropbacks, which is fifth-lowest among quarterbacks. Jones was touted to be the most pro-ready of the 2021 class of quarterbacks, and thus far, he’s lived up to that expectation.

A concern for Jones, though, is the Patriots’ commitment to the run game to ease in their rookie quarterback. New England has the ninth-lowest pass rate through 10 weeks, and they’re the eight-most run-heavy team in the red zone. Still, even with the threat of Damien Harris or Rhamondre Stevenson taking the touchdowns in this game, Jones has a fairly high fantasy floor and ceiling in a great Thursday night matchup, making him one of the top quarterback streamers this week.

The Cam Newton saga has taken quite a few crazy twists and turns, and few imagined a reunion with the Panthers possible. He may not have a full grasp of the playbook just yet, but that may not matter for fantasy purposes. Even playing just 12 percent of the snaps last week against Arizona, Newton accounted for a passing touchdown as well as a rushing touchdown, and he is expected to start against Washington.

While there’s some risk that Ron Rivera could have an effective game plan ready considering his expansive knowledge of his former quarterback’s strengths and weaknesses, Newton’s upside remains tantalizing. Washington ranks fourth-worst in pass defense, is fifth in points allowed per game, and is third in passing yards allowed per game. On top of that, they just lost their best pass-rusher, Chase Young, for the season to a torn ACL. Newton still has a risky floor, but considering his rushing potential, he has the highest ceiling among this week’s quarterback streamers.

In deeper leagues, if none of the above-recommended quarterback streamers are available, Justin Fields started to get things going prior to Chicago’s bye and could have a nice outing against a Baltimore defense that allows the most passing yards per game to opponents. And if you’re desperate, Jimmy Garoppolo could be a serviceable option against a Jaguars team that ranks second-worst in pass defense, though there’s the risk of the 49ers’ running backs punching in the touchdowns when they get close.