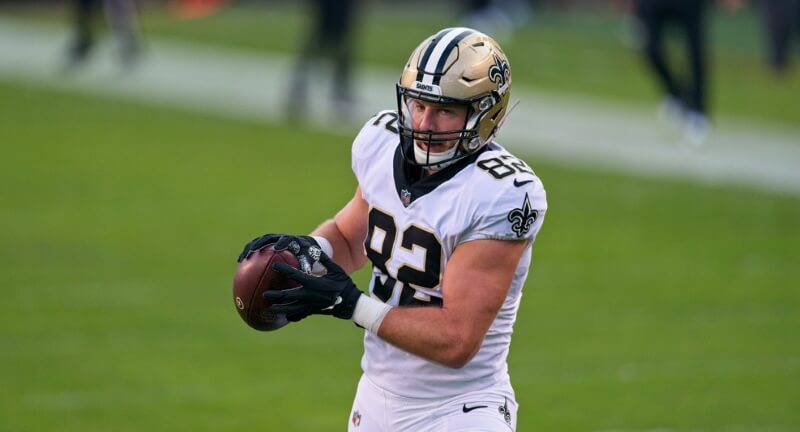 With fantasy football playoffs around the corner, it’s not time to get cute. Wins are as important as ever. However, if you need to swing for the fences, then look no further than these bold predictions. Maybe you’re torn about starting one of these players or need a boost of confidence because you have to start one of these players. Whatever the reason, our analysts put in the time to make picks you can get behind. Week 11 is no different.

Colin’s Breakdown: Emmanuel Sanders has just 30 receptions this season. In the last three weeks, he has six total. He’s found the end zone four times this season but in just two games and not since Week 5. So, it’s safe to say it’s a bold prediction for Sanders to score 18.0 points in Week 11; something he’s only done twice this year.

Josh Allen is one of, if not the, best quarterback this Colts defense will face this season. This will be a tough battle to hit the road for following a near upset loss to the Jacksonville Jaguars in Week 10. I like Sanders to make the most of his 22% target share amongst Bills wide receivers in this one. I also think he finds the end zone against a team that’s allowing the most touchdowns to wide receivers and will likely focus most of their attention on Stefon Diggs. I know it’s been awhile, but feel free to plug Sanders into your lineups ahead of this weekend.

Mike’s Breakdown: The rookie is Arizona is full of big-play potential. However, since quarterback Kyler Murray has been injured, he hasn’t caught a pass longer than nine yards in over three weeks. I have Moore averaging 22.5 yards per catch this weekend with my bold prediction and I think he breaks loose for a chunk play at some point on Sunday.

Rondale Moore is one week further removed from a head and neck injury that limited him to just 18 snaps last weekend. Furthermore, if DeAndre Hopkins sits again, as he works back from a hamstring injury, there’s no reason Moore doesn’t play at least 70-75% of snaps in Seattle against the Seahawks.

This matchup has major shootout potential with both teams starving for a much-needed win. I expect Kyler Murray back out there Sunday, but if not, I think Moore has a bigger role and more opportunities to keep up with Russell Wilson and the Seahawks. I’m fully expecting a big game out of the rookie against Seattle’s defense who allows the fourth-most passing yards this season. The cherry on top will be Moore capping this performance with his second career touchdown.

Ahaan’s Breakdown: This season, the Eagles have been strong defensively against wide receivers, partly due to cornerback talent, such as Darius Slay. On the other hand, they have been a matchup to target for opposing tight ends. This season, no defense has given up more targets, receptions, yards, touchdowns, or fantasy points per game to tight ends than the Eagles. That makes rolling with Trautman to have a big day is an easy choice for my Week 11 bold prediction.

Over the last three weeks, Trautman’s 19 targets is tied for fifth among tight ends in the NFL. Of those targets, 17 have been from Trevor Siemian at quarterback. In that span, all 11 of his receptions have been via Siemian. as well. The connection is there and the red zone work could easily increase against a matchup like Philadelphia. With Alvin Kamara trending up for a start in Week 11, expect the Saints to produce more offense, creating more opportunities for Trautman. He’ll find the end zone for the first time on the season and set career-highs in receptions and yards.

Lauren’s Breakdown: Superman returns!  Or rather, he’s taking the majority of first-team reps and is preparing to start in Week 11 (but that doesn’t sound as fun).  Anyway, my bold prediction assumes that Cam Newton will start and I love the matchup.  Not only are there great narratives in this one — Newton returning to the team that drafted him, and facing his former coach — but also, the matchup in Washington is pretty cushy.

The Washington Football Team is giving up the most fantasy points to quarterbacks this season.  They’re also allowing the seventh-most rushing yards to the position, which is where Newton will likely do most of his damage.  Additionally, the Football Team’s defense took a big hit last week, losing Chase Young for the rest of the season with a torn ACL.

Newton had extremely limited usage in Week 10, mostly in the form of goal-line packages.  He went 3-for-4 for eight yards and threw a touchdown. He also chipped in 14 yards on the ground and scored a rushing touchdown, finishing the week as the QB17.   Assuming more volume in Week 11, I think Newton plays himself into QB1 territory in his first 2021 start.

Mick’s Breakdown: When Derrick Henry suffered a foot injury in Week 8, many of us asked whether scatback, Jeremy McNichols, or free-agent pickup, Adrian Peterson, was the Titans back to target. Through two weeks, the answer seems to be a rather tepid: Neither.

Foreman’s 3.69 yards per carry average since Week 9 is hardly awe-inspiring. However, it is still markedly better than what McNichols (2.82) and Peterson (2.33) have been able to provide. The Titans may be inclined to ride Foreman a little more this week. The Houston Texans have allowed 4.86 yards per carry to opposing running backs this year. That is the highest mark in the NFL. They also allow 2.36 yards per carry before contact. That is tops in the league, as well.

With Tennessee installed as 10-point favorites, this could be a game where they can get the ground game going. Plus, who can resist the revenge game narrative? This will be Foreman’s first game against the Texans since the team waived him in 2019. My bold prediction is that Foreman posts a top-20 fantasy finish in this matchup.