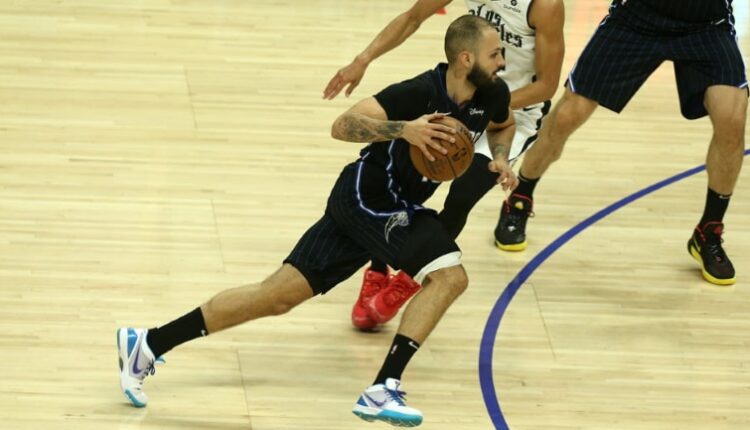 The NBA season is a long journey full of both highs and lows for every player and team. The Wizards for example, have won five games in a row, and currently own the best record in the Eastern Conference at 10-3. Will this last? My guess would be no. But their stock is higher than anybody expected heading into the season, and this hot start didn’t happen by accident. The Wizards look like a playoff team, and a good one at that. Just like the Wizards, there are a number of players who are hotter than the sun in recent games, and their stock is sky-rocketing as a result. So let’s dive in and take a look at some of these players, as well as a couple of names who have seen their game take a hit in the opposite direction of late.

Early on in the season, it looked as though Myles Turner was going to be a major fantasy bust this season in large part due to wildly inconsistent minutes. A three-game stretch at the end of October saw him play just 16, 14, and 22 minutes, making it incredibly difficult for even the best players in the league, to make a meaningful impact in fantasy hoops, especially for as early as he was drafted in most leagues.

Fortunately, the script has flipped over the past couple of weeks, and Turner has become a stat-stuffing monster with his stock as high as it’s ever been. Ignoring a dud against the Knicks on Monday, which was just an awful game for the whole team as they were held to 84 points, Turner had ripped off eight consecutive games with double-digit scoring. With three double-doubles in that span, the 25-year-old averaged 16.0 points, 9.0 rebounds, 2.8 threes, and 4.0!!! blocks per game. The big man flashed his rare combination of outside shooting and rim-protecting, draining as many as seven triples in one contest while topping five blocks on four separate occasions. Possibly most important of all, however, is the fact that Turner has averaged 32 minutes per game over this hot stretch, and his strong performance has hopefully locked in those minutes for good. After a rocky start, Myles Turner is looking like he might be on his way to the best season of his seven-year career.

This kid just keeps getting better. After making his presence known on the defensive side of the ball to start his career, Luguentz Dort is becoming a legitimate threat on the offensive end, making him a scary guy to go up against both on the court and in fantasy hoops. The 22-year-old has scored in double figures in ten straight contests while knocking down at least one three-pointer in every game thus far. Dort has been even hotter of late, topping 20 points in each of his last four games, shooting 50% or better from the floor, and sinking two or more triples in each. On the season, Dort is averaging 15.8 points, 4.1 boards, 0.9 steals, and 1.8 threes per game on a career-best 43% from the floor. While still less than exceptional, Dort had yet to shoot even 40% from the floor for a season in his young career, so this is a considerable step in the right direction for the undrafted Arizona State product. Dort’s stock is rising, and as the Thunder continue to prioritize player development in this rebuilding season, his numbers could grow even higher as the year progresses.

After taking on a limited role to begin the year, Nassir Little is seeing more minutes of late, and he is making the most of his opportunity. Little has topped 22 minutes in each of his last four games, seeing the floor for 25 or more in each of the last three. In that span, the 21-year-old is averaging 10.5 points, and 7.3 rebounds with six steals, three blocks, and five threes. He flashed his potential in a win over the Rockets on Friday night, scoring 13 points with 14 rebounds, two steals, a block, and a three on 60% shooting. While this level of production will likely be few and far between, he seems to be carving out a nice role for Portland that is making him an appealing option due to his potential. The former first-round pick is more than capable of contributing in every category, and it looks like he is earning the trust of his coaching staff, and more consistent minutes as a result. Nassir Little’s stock is on the rise.

After dropping 32 on opening night and scoring 18 or more points in four of his first six games, Evan Fournier has done a whole lot of nothing in the few weeks since then. Over the past two weeks, Fournier is averaging just 8.7 points on a dreadful 38.3% from the floor. Outside of a three per game, he’s contributing absolutely nothing in any other category, and his minutes have begun to decline after seeing playing time in the 30s through the first couple weeks of the year. After scoring a combined 14 points across his last three games while seeing just 23 minutes per game in those contests, it’s looking like the veteran will be unable to replicate his production from his Magic days, or anywhere close to it at that matter. With his usage rate only the seventh highest on the team, and Julius Randle dominating offensive touches whenever he’s on the floor, Fournier’s stock is sinking fast due to his lack of playmaking and scoring opportunities, and his lack of other forms of production. His value will likely be much higher to the Knicks than to anyone’s fantasy team this season.

In direct correlation to Nassir Little and his rising stock, Robert Covington seems to be trending in the wrong direction, as the 21-year-old continues to siphon away the veteran’s minutes. Covington has seen 23 or fewer minutes in each of his last four games, as he continues to lose minutes due to the emergence of Little, along with poor performance on his end. The veteran topped double figures with 11 points on Monday, and it was the first time in five games that he was able to surpass seven points in a contest. Having failed to record more than five boards in any game over the past two weeks, and just one game all season with more than two assists, Covington simply isn’t contributing enough on a nightly basis. While the 1.9 threes, 1.1 steals, and 0.9 blocks are nice, this production is not enough to compensate for his lackluster performance in the main counting stats along with his disappointing 41.4% from the floor. Chauncey Billups mentioned the possibility of some changes to his rotation in the upcoming games, and any more of a decline in minutes for RoCo would be devastating for his fantasy value. His stock is dropping fast.