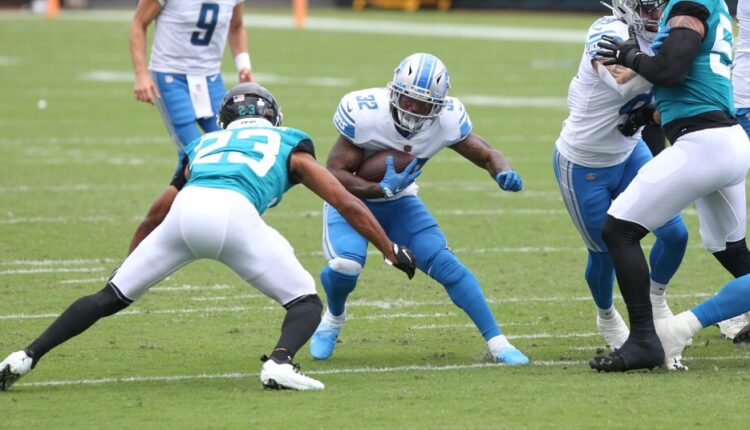 Make sure to dive into these Week 12 PPR rankings to help propel your team to victory (and hopefully a playoff birth).

Despite a difficult matchup, Patrick Mahomes is the top-ranked quarterback on the week in the Week 12 PPR rankings. He is the best quarterback in the game. He is basically matchup proof at this point. Derek Carr sees a massive boost to his rankings. He is the QB8 on the week, as he draws the Atlanta Falcons. He should be in line for a massive game.

Continuing a free fall is Carson Wentz. Not to pile on, but Wentz has been terrible this season. He is getting hit often, he is turning the ball over, and he is missing throws. Wentz is close to losing his job, and he comes in as the QB22. To make matters worse, that is against one of the worst pass defenses in football. Matthew Stafford won’t be a recommended play, as he will likely be missing Kenny Golladay once again. Stafford simply is not good without Golladay on the field.

Heading into Week 11, Ezekiel Elliot’s outlook was looking bleak. After Week 11, and the return of Andy Dalton, Elliot should be viewed differently. In fact, he should be viewed as a top-five option that we all have grown accustomed to. He comes in as the RB3, even in a tough matchup against Washington. Two running backs look ready to return in Chris Carson and Raheem Mostert. Both check-in as solid RB2 plays this week.

D’Andre Swift also looks set to return and he is the RB15, with massive upside against a vulnerable Houston defense. Gus Edward looks to be the lead back this week in Baltimore, and he is a strong play, coming in as the RB20.

The Denver Broncos duo of Melvin Gordon III and Philip Lindsay both looked excellent last week, but temper expectations in Week 12. The duo takes on the hottest defense in football in the New Orleans Saints. Neither is a top 30 option at the running back position.

Keenan Allen has an argument as the best overall wide receiver in fantasy with Justin Herbert at quarterback. That’s exactly what he is in the Week 12 PPR rankings. Even in a cold late-November matchup in Buffalo, fire up Allen as a locked-in WR1. Michael Thomas’s stock has soared back up, as Taysom Hill targeted him 12 times last week. Hill undoubtedly will continue looking Thomas’s way, as he is the WR5 on the week.

All Allen Robinson does is produce when given the opportunity, but with his current quarterback situation, it is hard to rank him as anything other than low-WR2. He is the WR22, and likely draws Jaire Alexander in the rough climate of Green Bay. Robby Anderson continues his free fall, as it seems that D.J. Moore has come back to life the past two outings. Curtis Samuel has turned into the safest option in Carolina, making Anderson arguably the third-best option in Carolina.

I’m not going to waste a lot of time here. Start Travis Kelce and Darren Waller with confidence at the position. T.J. Hockenson should be a good option this week with the Lions looking set to miss Golladay. Mark Andrews has been getting targeted more often as of late, and looks to be what we were hoping for in the pre-season. Dallas Goedert is the man in Philly, and he’s a locked in top five option. Everyone else has so much volatility, it is difficult to say anything with any sort of confidence.

If you enjoyed Justin’s Week 12 PPR Rankings, make sure to check out the rest of our Week 12 Analysis for more help in optimizing your lineups.