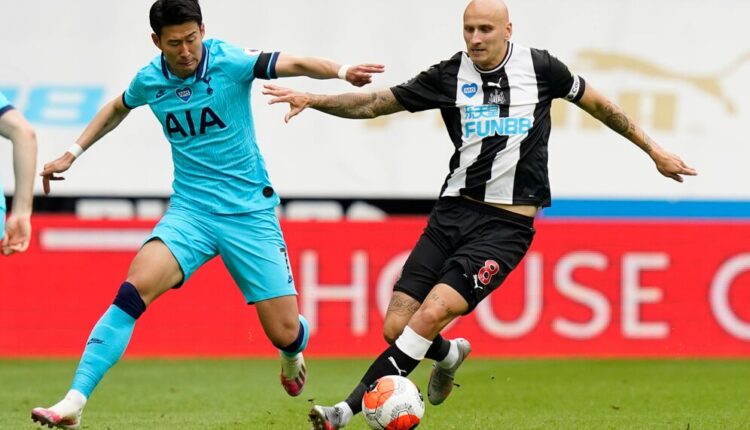 Our Gameweek 10 Sleepers XI article provides Fantrax managers with a lineup of Fantasy EPL hidden gems.  Our starting eleven of Draft Premier League differential picks will help you find a golden ticket to a big score this weekend!  These hints and tips will give you a better chance of picking up an all-important victory, as one of our Fantasy EPL sleeper picks could easily make the difference in a Head-to-Head game!

Prospects: With my favorite West Ham defender Coufal ticking over to 61% ownership after another fantastic performance, I’m selecting Lukasz Fabianski. West Ham has back-to-back wins and back-to-back clean sheets. And the Polish shot-stopper Fabianski is getting back to his best in terms of Fantrax points. He’s gained 40 points during his last two outings, which includes eight saves to go alongside the two clean sheets. This weekend the Hammers face Aston Villa, and I’m expecting another double-digit score. Not necessarily a clean sheet, but there should be plenty of saves to be made for Fabianski.

Prospects: I really like Wesley Fofana as a Fantrax asset. The young Frenchman has now played five games for Leicester and has an average PPG of 8.5. That’s pretty solid for a defender, especially one with such little experience at this level. This weekend the Foxes face struggling Fulham, and a big points score is on the cards for Fofana. He gains most of his points from interceptions and clearances, but he’s also pretty decent at aerials. I’m expecting Mitrovic to return to the side this weekend, and therefore Fofana should have plenty of opportunities to win headers!

Prospects: Liverpool beat Leicester 3-0 with a makeshift backline, and suddenly everyone is back on board the Reds’ defense train. Signing Joel Matip does make sense though. The Cameroonian is now the only senior center-back at the club and looks set to form a partnership with Fabinho in the heart of the defense. Van Dijk and Gomez are out with serious injuries. Matip scored 15.75 points in Gameweek 9, and I’m expecting a similar score this weekend against Brighton. The Liverpool man is one of the marques picks of my Gameweek 10 Sleepers XI.

Prospects: I still don’t know anything more about Darnell Furlong, other than his dad is 90s footballer Paul Furlong, and he scores pretty well on Fantrax. West Brom continues to concede goals, but Furlong continues to put up decent points hauls. This weekend the Baggies face struggling Sheffield United, and I’m backing them for a win and a clean sheet. Bilic’s side is improving at the back, exampled by the fact that they only conceded one goal to both Manchester United and Tottenham in their last two games. Furlong should gain a double-digit score this weekend, and therefore he’s a worthy selection in my Gameweek 10 Sleepers XI!

Prospects: Crystal Palace host Newcastle on Friday night, and what better way to start off Gameweek 10 with a Scott Dann haul. The veteran center-back has started the last four games for the Eagles, forming an unlikely partnership with Kouyate in central defense. I expect this partnership to continue, despite the loss to Burnley last time around. The game against Newcastle will bring lots of opportunities for aerial wins, and Dann should benefit.

Prospects: Jonjo Shelvey returned to the Newcastle bench at the weekend after his recent injury. After two losses in a row and zero goals scored for the Magpies, I’m expecting Shelvey to return to the starting eleven this week. They need him. Badly. Shelvey was ranked at 76th overall in our recent ROS Rankings update, which shows his quality as a Fantrax asset. If the Englishman isn’t given a start, you can easily move him to your bench or out of your squad as Newcastle plays in the opening fixture of the weekend.

Prospects: Bertrand Traore had a very entertaining 69-minute appearance during Gameweek 9. The Burkina Faso winger replaced the injured Barkley in the 5th minute of the game but was substituted himself before the end of the game with a suspected injury. Hopefully it’s just a minor knock that won’t prohibit Traore’s involvement this weekend against West Ham. With Barkley likely to miss out with a hamstring injury, Traore or Hourihane will fill in. And I’m backing Traore to get the nod as he was the player to replace Barkley last game. A risky pick for the Gameweek 10 Sleepers, but one that could pay off!

Prospects: My final midfield pick is a man that is taking full advantage of injuries to his teammates. Moussa Djenepo has started the last two games for Southampton as Nathan Redmond continues to struggle with his form and fitness. The Malian international has gained scores of 9 and 9.5, both of which were without attacking returns. Redmond looks set to continue to miss out, which means Djenepo should start once again this weekend. The Saints face Manchester United in a game that should be fairly even.

Prospects: The man himself returns for the Gameweek 10 Sleepers XI after an incredible 28 point haul last time around. Sebastien Romain Teddy Haller put on a Fantrax points-scoring clinic at the weekend, with 12 aerial wins, three successful dribbles, and three key passes to go alongside his match-winning goal.

Antonio is nearly back to fitness, and is going to take back his place in the side in all likelihood, but here’s the thing. If you own Antonio, then trading Haller into your side is essential. Antonio will start maybe 25 games this season, and Haller has shown what he can do when he’s given the start in Antonio’s place. The newly capped Ivory Coast international striker (Haller) has value in Fantrax, you just need to handcuff him with Antonio. Oh, and hopefully Haller starts again this weekend and brings home a few points!

Prospects: I backed Raphinha to start last week, and he duly delivered. A score of 6.5 points isn’t amazing, but it’s a decent tally for someone still getting up to speed with the Premier League. If Raphinha had stuck away one of the chances he had, then he would have received a double-digit score and all of the plaudits. So I’m backing the Brazilian again. This weekend Leeds face a trip to Everton, and Raphinha is a worthy addition to any Fantrax roster. And if you own Helder Costa, it’s time to drop him.

Prospects: And the final member of my Gameweek 10 Sleepers XI is Michy Batshuayi. The Belgian striker was given a surprising start last week due to teammate Zaha testing positive for COVID-19. Zaha is set to miss out for Friday’s fixture, so Batshuayi looks likely to start once again. During the defeat to Burnley on Monday evening, it was Ayew who was subbed off for Benteke when the Eagles were chasing the game. So perhaps Batshuayi did enough to rise above Ayew in the pecking order and fend off competition from Benteke. Palace plays in the first game of the weekend, so he’s an easy drop if he doesn’t make a second consecutive start.