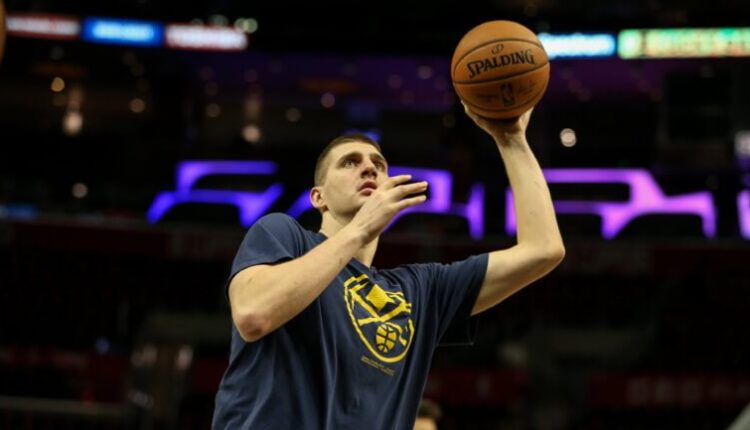 Just like that, we’re pretty much at the halfway mark of the fantasy basketball regular season! That’s if your playoffs start in Week 17 of course but that means it’s time for the rest-of-season rankings! The time to strike with trades is now if you’re mulling over offers for the stretch run. Here are the rankings to help you make some key decisions down for your fantasy basketball season…

Nikola Jokic climbs up to the no.1 spot. He’s been the number one player on the season nearly averaging a triple-double per game and deserves all the accolades that are coming his way. They might not play the prettiest defense on a nightly basis, but fantasy life is treating the Brooklyn Nets trio just fine as the top-two guys James Harden and Kevin Durant both put up top seven rankings over the last month.

My biggest loser and player I have divorced this season is Anthony Davis. I cannot deal with the every-day questionable tag and it’s time to move on if you can get a good deal in your league. It’s actually surprising how many games he’s played with the constant injury tag, but you can bet the Lakers won’t take those chances at the end of the season and give the big man some rest. He will hurt rosters in the fantasy playoffs this year so be careful!

The big riser in the second round is Zach LaVine. LaVine is on an absolute tear averaging 36.5 points, 5 rebounds and 5.5 assists over his last four games. He’s the first Bulls player since Michael Jordan to score 120 points in three-straight games. If he has an off-game, try to pounce on a deal.

The Detroit Pistons are risers all over the draft board, but the biggest transformation has been Jerami Grant who’s playing all-star basketball. He’s been averaging a line of 28/4/4 over his last week and consistently been a top-30 fantasy player. Try to work your trade guru magic and maybe catch an owner snoozing on Grant. Christian Wood has had the breakout year many expected and he’d be much higher on this list if it wasn’t for his recent injury news. He’s worth taking a chance on still as he’s been a top-20 fantasy player this season. Clint Capela is another big riser after a slow start to the season, taking full control of the Hawks frontcourt and leading the league in rebounds.

Draymond Green was on his way to being another colossal bust this season but has turned things around averaging a whopping 12.8 assists over his last four games and adding eight rebounds over his last 5. Try to pry away before it’s too late.

Bojan Bogdanovic keeps knocking down treys for the Jazz while a couple of OKC Thunder teammates play well in Darius Bazley and Hamidou Diallo. Also, keep an eye on Rui Hachimura who’s garnering a ton of minutes for the Wizards lately and his low totals on the season are due to multiple postponements.

Hopefully, COVID-19 doesn’t affect too many more games and I wish the best of luck to everyone’s playoff journey!

Did you find Mike’s Rest of Season Rankings helpful? For more help adding to your fantasy basketball squad head on over to our Fantasy Basketball Waiver Wire.