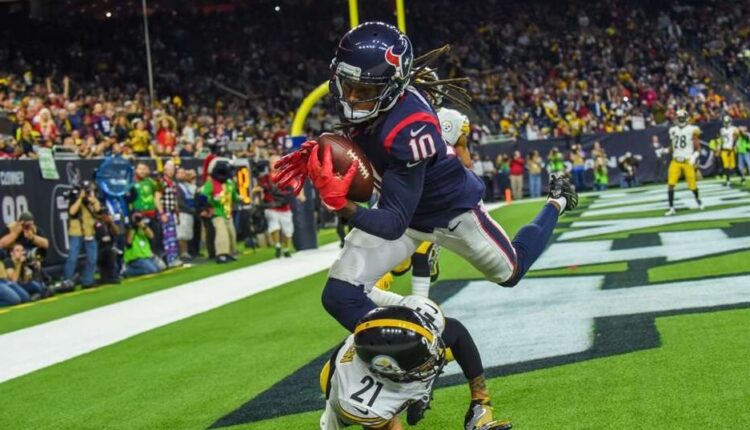 The Texans went on a nine-game winning streak last year after an 0-3 start but fell to their division rival Colts in the AFC Wild Card Round. Deshaun Watson played through a bruised lung and a host of other injuries to himself and the weapons around him. Yet, he was still a Top 5 Fantasy QB. Heath issues have plagued this team on both sides of the ball for years now, and it makes you wonder what could have been had that trend not dragged them down. Still, the Texans are poised once again to be a playoff team and offer the best wide receiver on the fantasy board in my opinion in DeAndre Hopkins. It’s not crazy to think that we’ve yet to see the best out of this group as an offensive collective.

Impact: Tyrann Mathieu was a significant loss to the secondary, but the Texans had a plan in free agency. The safety market was luckily saturated, so they decided not to chase him. Demaryius Thomas was a blip on the radar, and Houston has plenty of depth at WR to soldier on without hesitation. Kareem Jackson took his versatility to Denver.

Impact: Make no mistake, Tashaun Gibson isn’t Mathieu, but he’ll be an adequate replacement. Kalil sat out all of 2018 with a knee injury. If he’s healthy, he’s an immediate starter and boos to the Texans offensive line. Roby will be limited to start training camp but should be ready week 1.

Impact: Offensive line help made a huge difference for Andrew Luck last year. This offseason, the Texans added Kalil and drafted Tytus Howard and Max Sharping. Keeping Watson upright is priority #1 and now they have depth where they needed it. Lonnie Johnson is seen as someone who can help defend against the deep ball, a glaring need for the Texans. Warring is a project for now at TE, but keep an eye on him in the preseason to see how he’s coming along.

We all know Deshaun Watson can challenge for the No. 1 overall QB spot and DeAndre Hopkins is a lock first-round fantasy talent. It’s the remaining Texans that are difficult to gauge. We’re all waiting for the other shoe to drop every year with Lamar Miller. Yet, he once again led the Texans in rushing and we’re now three years into the D’Onta Foreman contract. Of course, Foreman is in the best shape of his life blah, blah, blah. The good news is that the back to back disappointments have cheapened Foreman’s price significantly. The one fear I have is that it turns into a split timeshare and no one wins. That makes him worth a late-round flier. Will Fuller was once again a TD machine and an injury risk, while Keke Coutee looks like a potential slot stud if he’s over his hamstring issues. There’s a ton of risk here, so it’s all about how far they all fall in drafts. Fuller and Miller are the preferred standard league risks.

P.S. You can forget the TE in this offense.

It was great to see J.J. Watt back and getting 16 sacks. Zach Cunningham and Benardrick McKinney both had 105 tackles last year. Jadaveon Clowney had just 9 sacks and could be a hold out in camp, so keep an eye on that situation. They surrendered just 19.75 points per game in 2018 and were 3rd overall against the run. Unfortunately, they were 28th against the pass and they lost Tyrann Mathieu. The losses in the secondary and questionable health of Watt keeps this unit just outside the Top 10 for 2019.

A healthy, full season from Deshaun Watson could be very special. The upside is there for 4.5K passing yards and 500+ rushing yards. It’s the running game that remains a fantasy conundrum. However, if just Coutee or Fuller play 16 games, the air attack will carry the Texans to another playoff birth. Tread carefully with the Texans defense. Although they have some big names and star power, they are a liability against teams like the Colts and Patriots.