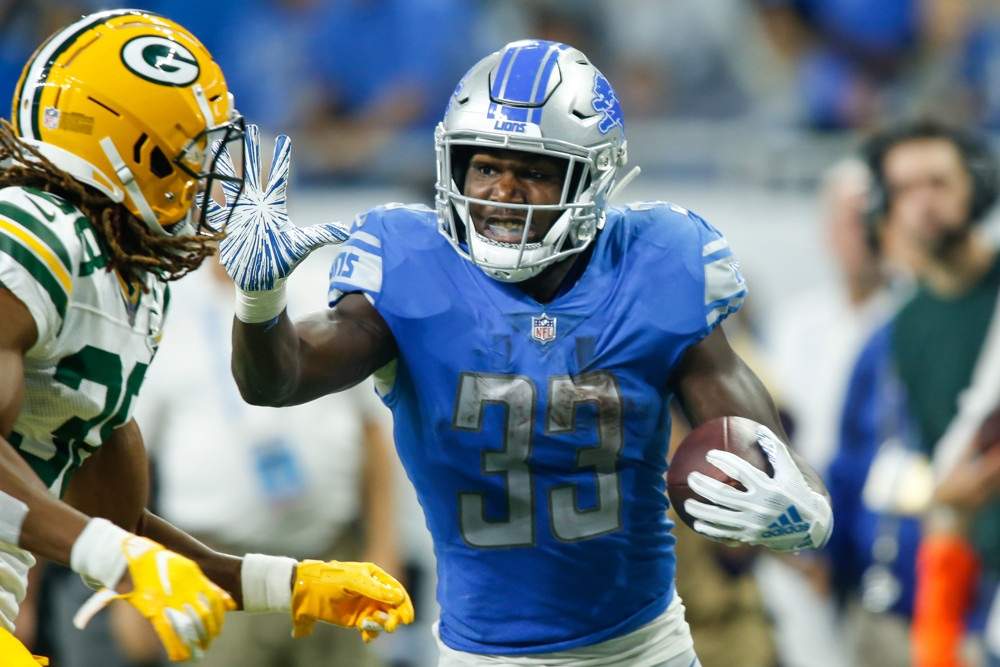 Fun and success can come in pairs. Hamburgers and Fries. Batman and Robin. Mario and Luigi. Jagger and Richards. Will Ferrell and John C. Reilly. And now, two Fantasy Football breakouts at every skill position for 2019. Now let’s hop in the Batmobile, pass the ketchup and listen to some classic Stones as we get you ahead of the pack for the 2019 Fantasy Football season. I will provide two unique candidates at each position. If one of your favorite breakouts is not listed here, that’s only because of spacing and limitations, which is not such a fun pair.

Josh Allen, Buffalo Bills: Before his rookie season started, most Fantasy players seemingly wanted nothing to do with Josh Allen. He was a raw rookie who was not going to begin the season as a starter, and the Bills had a terribly thin receiving crew. In my dynasty rookie draft, he was the last notable QB taken when I picked him in the third round.

By Week 2, though, Allen was starting for Buffalo and started to flash signs of promise, rushing for two TDs in a major upset win at Minnesota in Week 3. Then he really started to show his athleticism after a four-week elbow injury layoff. From Weeks 7 through 9, he became the first QB with at least 95 rushing yards in a three-week span. He ran for scores in two of those games. He finished the season with three TD passes, 95 rushing yards and two rush TDs vs. Miami.

The passing numbers were certainly unimpressive overall, but Allen did show a willingness to gun the ball downfield and made undrafted rookie Robert Foster relevant down the stretch. With the additions of John Brown and Cole Beasley, plus continued quality play from Foster, he has a much more respectable crew heading into 2019. With a fearless approach at times as a passer and terrific rushing ability for a QB, Allen has back-end Fantasy QB1 potential for 2019. His passing totals will certainly improve and he is a very intriguing dual threat.

Mitchell Trubisky, Chicago Bears: Chicago built its offense around Trubisky last season, and in Week 4 we thought we were seeing the beginning of his career breakthrough, as he threw for 354 yards and six TD passes against Tampa Bay. He followed that up with 316 yards and three TD passes vs. Miami and 333 yards vs. NE while adding 81 rushing yards and a TD. In Week 10, he threw for 355 yards and three TDs and added a rushing score vs. Detroit.

But the heroics ended there, as Trubisky suffered a shoulder injury in Week 11 and was not the same when he returned. He threw five TD passes in his final five games and did not reach the 250-yard mark in any matchup during that span. In the playoffs he threw for 303 yards against the Eagles, though, and nearly led a game-winning drive.

Trubisky started and finished the regular season slowly, but he still has what seems to be a quality supporting cast all around him and now will be in his second season in Matt Nagy’s offense. Progression seems much more likely than regression, and consistency will be the key. If Trubisky can operate the offense more effectively on a weekly basis, we have already seen the highs. It is also possible he was hindered by the shoulder injury down the stretch last season and can resume playing at a higher level from the outset in 2019.

Kerryon Johnson, Detroit Lions: Fantasy players who drafted Johnson last year didn’t have to wait too long to see him show his promise, as he ran for 101 yards on 16 carries in Week 3 against NE, and then rushed for 125 yards and a TD on 21 carries over the next two games. He hit his high point with 19 carries for 158 yards vs. Miami in Week 7. He had six receptions for 68 yards the following week and he caught six passes for 38 yards and a TD in Week 10. His season then ended because of a knee injury, but he is already looking good in minicamp and he will be the Lions’ lead RB.

Johnson was versatile and efficient last season. Detroit wants to employ a power ground game if possible, and Johnson can lead that charge. He is a dual threat who can make the most of every touch. All he has to do is stay healthy and he can easily build on the better performances that he showcased last year. C.J. Anderson will be in the mix, but he will prevent Johnson from getting overworked and will not come close to outproducing him. It may be frustrating to see Anderson steal some goal-line work, but Johnson is the one set to become the true star at RB for Detroit. He could emerge as a high-end Fantasy RB2 in 2019.

Kenyan Drake, Miami Dolphins: Late in the 2017 season, Drake showed some real signs of Fantasy allure, and it was expected he would get more chances to shine last year. But he was bafflingly underutilized by Adam Gase, as he was only given 120 rushing attempts. He did display his receiving prowess, though, with 53 catches for 477 yards and five TDs.

Gase clearly seemed to prefer Frank Gore, as Drake logged double-figure carries four times in the season’s first 15 games. But this season, it seems Miami will have no choice but to use Drake more, and Gase is thankfully gone. He can be the most dynamic player the Dolphins have on offense, and they must get the ball into his hands frequently. In Weeks 12 to 14 in 2017, rushed for 312 yards and had two games with five receptions or more. That is the kind of player he can be, versatile and explosive.

The Dolphins’ bleak offensive outlook, especially in the passing game, begs the opportunity to get Drake the ball more often in 2019. He is their best runner, and maybe their best pass-catcher too. If the new coaching staff chooses to ride Drake more often like they should, he will be a quality and sometimes very exciting Fantasy RB2 in PPR formats.

Geronimo Allison, Green Bay: The 2018 season was supposed to be Allison’s breakout campaign, but he will simply have to deliver it a year later. Over the first four games of last season, Allison was showing that he was ready to become Aaron Rodgers’ steady No. 2 WR, with three games of five catches or more, 303 yards and two TDs. But he was only able to briefly return from a groin injury thereafter before he ultimately needed core muscle surgery and was placed on IR.

The Packers never effectively replaced Allison and he is back to clearly reclaim the No. 2 WR job working with Rodgers in 2019. Green Bay made no real move to acquire any other wideouts in the offseason, which indicates they will be very comfortable with turning to Allison again as the top guy across from Davante Adams. He already had two previous years of experience working with Rodgers before 2018, which gives him another advantage over the rest of the Green Bay WRs. I expect Allison to at least be a quality Fantasy WR3 in 2019.

Tyrell Williams, Oakland Raiders: A unique combination of size and speed, Williams was one of the prime prizes of the free agency market at his position. He wanted to go to a team that would give him an opportunity to be a more frequently utilized starter in the passing game, and the Raiders stepped up with a four-year contract for $44 million.

Now Williams should get an opportunity to be a more of regular target in a passing game that appears set to improve. Oakland’s addition of Antonio Brown will obviously benefit Williams, as the ex-Steeler should draw a lot of attention. That will open up chances for Williams to operate as a guy who is often used by Derek Carr on key downs. His size will also make him a top option in passing situations closer to the goal line.

Williams had a pair of 118 yard-games in Weeks 6 and 7 last year with three TDs but was never really featured much in the Chargers’ passing game otherwise. Williams wanted to play for another team that would prioritize him more in their passing game, and the Raiders had a need for a WR2 type. Carr will not hesitate to get him the ball in key situations all over the field this year, and Williams could emerge as a sometimes outstanding Fantasy starter.

Mark Andrews, Baltimore Ravens: He had catches of 74 and 68 yards (for a TD) last season and had 137 receiving yards and a TD in the final two games of 2018. Lamar Jackson already has familiarity with Andrews and should turn to him more often in important instances in 2019.

Trey Burton, Chicago Bears: He did not flourish as expected in his first chance to be the No. 1 TE outside of Philadelphia. But if Trubisky has a true breakthrough season, Burton will naturally follow suit as one of his favorite targets over the middle and in scoring situations.

Did you enjoy Scott’s take on 2019 Fantasy Football Breakouts? Get more of The King with his full archive.