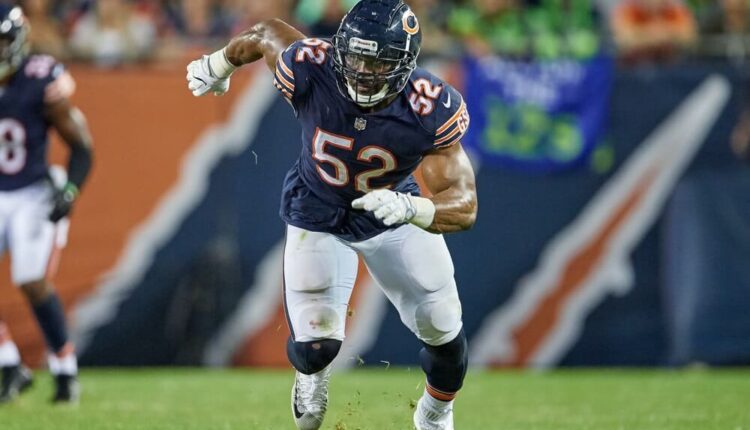 Let’s take a trip together into the past, shall we? I have set the Wayback Machine to July of 2018. It was a confusing time. People were drafting Patrick Mahomes after Matthew Stafford and Jimmy Garoppolo, and drafting Le’Veon Bell ahead of, well, literally anybody who played a snap in the NFL last season. Back then, I wrote an article with my D/ST rankings for the 2018 season. In last year’s column, I noted the following with regard to fantasy D/ST:

We think we know which defenses will be elite from year to year, but it rarely plays out that way. In the last five years, only 44 percent of D/ST drafted as Top-10 fantasy units finished the season as such. And if you think choosing a top-five D/ST gives you a better chance of success, I’m afraid I’ve got some bad news for you… teams drafted as Top-5 D/ST have only finished as Top-10 defenses 44 percent of the time – the same exact number as defenses drafted as top-ten D/ST. In fact, no D/ST unit drafted in the Top 5 in the last five seasons has finished as fantasy’s best defense, but two that were drafted in the Top 5 have finished as fantasy’s worst D/ST!

Do you want to take a guess as to how it played out in 2018? Well, if it did not go the way I expected it to go, I probably would not have bothered to cram all of you into this tiny machine. My top-5 last year consisted of Jacksonville (finished 14th in fantasy scoring among D/ST), Philadelphia (24th), Minnesota (8th), and both Los Angeles teams (Chargers 15th, Rams 2nd). Once again, only two of the defenses drafted in the first five finished as even top-10 options. And once again, the D/ST that ended up being the best (Chicago) went drafted outside the top-10.

Granted, last July we did not know that the Bears were going to trade for Khalil Mack. But spending precious draft capital stock on a fantasy D/ST unit is a major mistake. You would be much better served to simply stream defenses throughout the season. If you really need to draft a defense, pick one with a nice early schedule like Kansas City’s. They start off the year with games against Jacksonville, Oakland, Baltimore, and Detroit. That could give your squads a nice little boost before bye weeks begin to take effect.

I am still going to provide you with my D/ST rankings for all 32 teams. After all, I want to provide you with as much information as I can. The only thing I ask for in return is that you not draft a D/ST too early. And by “too early”, I mean prior to the last three rounds of drafts. Drafting a D/ST before the very end of drafts is often a sunken cost that results in a wasted pick. Kickers are more reliable. Yeah, I said it!