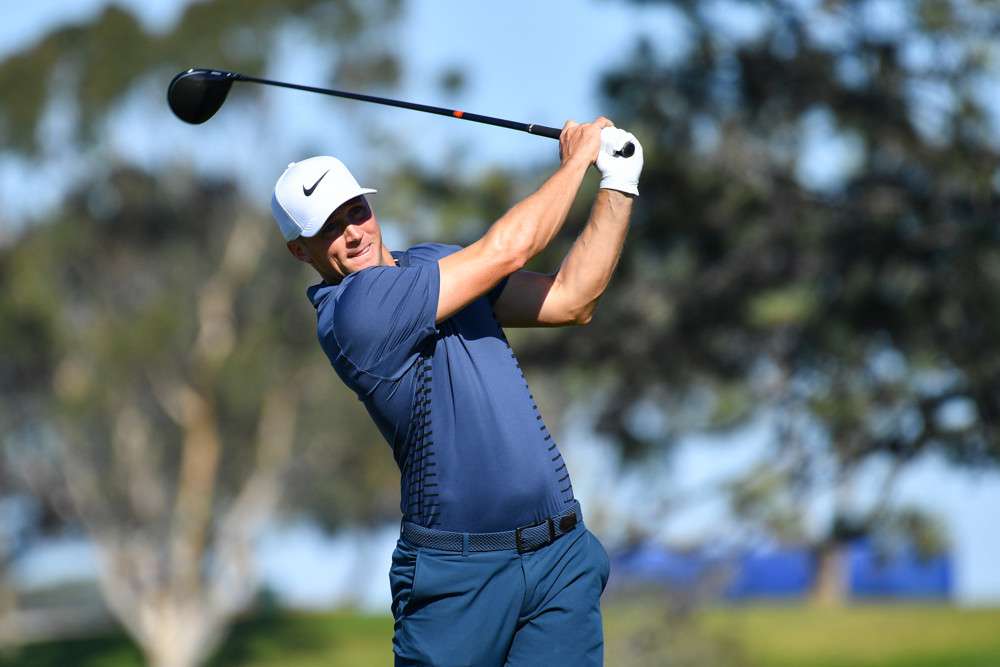 It was Justin Thomas taking home the Honda Classic last week for his seventh win in his last 31 events. He is also the third player to win eight times before turning 25 years old and has now taken over first place in the FedEx Cup race. Oh, and he’s finally passed Jordan Spieth on the OWGR climbing into third place.

I sincerely apologize for not having Thomas on my list picks last week. Hopefully you didn’t listen to me and cashed in!

This week we head to Mexico for the WGC-Mexico Championship. Dustin Johnson took the championship here last year with a one-stroke victory at 14-under over Tommy Fleetwood. Last year, Justin Thomas finished T5, Mickelson finished T7, and six players in the top-10 were Europeans. That’s a bit of foreshadowing for this week’s picks. There is no 36-hole cut at this event, either, as only approximately 70 players will enter. This makes your low-owned players very important in terms of separating yourself from the pack this week.

Dustin Johnson: DJ is ranked first in the world, is the 2017 and 2015 winner here, ranks 2nd on TOUR in strokes gained: total, and ranks 1st in putting average. He also sits in 3rd in the FedEx Cup race and hasn’t finished any lower than T16 this season. There is no reason to not pay up for Johnson this week, as is the case with any week.

Justin Thomas: If there’s anyone who knows about winning in back-to-back weeks or multiple times over a few weeks, it’s Justin Thomas. From October 23, 2016, to January 15, 2017, Thomas won three times in the span of five weeks (which includes a back-to back.) He also won another two times from October 13, 2017, to September 4, 2017. He hasn’t finished any lower than T22 this season, and he finished T5 here last year while leading the field in birdies-or-better percentage.

Tommy Fleetwood: Will Tommy Fleetwood ever slow down? Since tearing up the European Tour, he has also taken the PGA TOUR by storm. He currently ranks 6th in SG: Off-The-Tee, 2nd in SG: Tee-To-Green, and 3rd in scoring average. Sure, that’s across four starts, but he is perfect in cuts in three events (no cut at the Hero World Challenge), with two top-25s and one top-10. He placed fourth last week at the Honda and second at this event last year.

Alex Noren: I debated putting Noren in my top tier this week, but I do like Fleetwood a bit more. Like Fleetwood, Noren still may be cheap this week compared to the field. Rahm, Mickelson, Thomas, Johnson, Bubba, and Finau will all be more expensive, making Noren is a great pick. The Swede is perfect in cuts with five, and since his T31 at the WGC-HSBC, he hasn’t finished outside of the top-25. He has four top-25s, which include two top-10s and a third and second place finish. He’s seventh on TOUR in SG: Putting, 16th in SG: Tee-to-Green and will surely finish better than his T55 here last year.

Phil Mickelson: Since Mickelson was cut at the CareerBuilder, he’s gone T45, T5, T2, and T6. He ranks fifth in SG: Putting and had a seventh-place finish here last year. He hasn’t won since the 2013 British Open, but you don’t need him to win to contribute to your team this week.

Jordan Spieth: It’s not too often that you find Spieth on a list of second-tier golfers, but DJ’s track record, Thomas’ back-to-back abilities, and Fleetwood’s potential cheap price pushes Jordan down. Since his missed cut at the WMPO (where he had a T18 and a ninth place finish before), Spieth has shown us a T20 and a T9. We’ve seen his putter heat up since his top-10 performance at Riviera. Spieth also finished T12 here last year, flashing a 63 during round three.

Jon Rahm: Rahm may not come cheap this week, and with no top-10s in his last three attempts, maybe you can throw him into your lineup hoping that everyone else doesn’t. People aren’t off the Rahm bandwagon yet (if it is in fact even getting lighter at all), but you need to look at him as a supplementary fantasy pick this week. After not having any top-10 finishes in just over a month, he took two weeks off to regroup. He also finished third at this event last year, ranks T4 in par-4 scoring this year, and is electrifying not only off the tee but all-around, too.

Justin Rose: Since Rose recorded a victory at a WGC event in China, he has also won in Turkey and Indonesia. He’s played in seven PGA events since August of 2017 (including the T8 a month ago) and hasn’t missed a top-10. His finish here last year was a T38 where he even led the field in SG: Off-The Tee. And that was even without a round in the 60s. So, if Rose can have at least two rounds at 69 or lower, he will for sure flirt with yet another top-10.

Tony Finau: It’s Finau’s debut at this event, but you definitely shouldn’t shy away. He is coming off a T2 at Riviera two weeks ago and leads the tour in driving distance. He also ranks sixth in SG: Tee-To-Green. The big-bomber won’t have any trouble at all with this course. If the putting is at least average, a top-five finish could be in the cards.

Dylan Frittelli: The 27-year-old South African that I bet not many people have heard of currently ranks 44th on the OWGR. He came into the Honda Classic last weekend on a sponsorship exemption, and he finished 11th. In 2018 around the world, Frittelli has finished in the top-20 in all five starts, with a T20, T19, T6, T5, and that 1st place finish last week.

Rafa Cabrera Bello: Here is a guy that always flies under the radar. He is 6-for-6 in cuts made this year, with his worst finish being a T29. In these six cuts made, he has three top-25s and two top-10s. He’s currently ranked 2nd in SG: Approach-The-Green this season.

Matthew Fitzpatrick: In 2018 in non-PGA events, the 23-year-old Fitzpatrick has a missed cut and a T3. However, in his PGA appearance this season, he finished T9 at the WGC-HSBC back in October. Before missing that cut overseas, Fitzpatrick had a top-20 in 10 straight events and finished T16 here last year. He will be cheap this week and is a nice boom-or-bust option.