Week 8 Running Back Sleepers: Do the Dougie or Dance with Little Richard 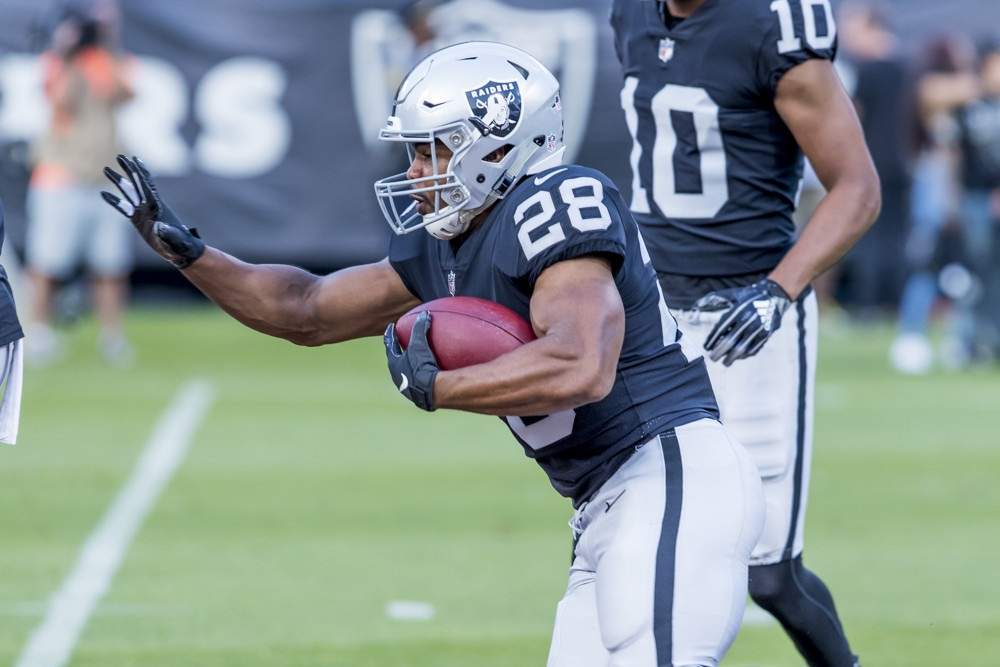 Week 8 will be an interesting one in fantasy football circles. Once again, there are four teams on a bye. But there are no less than a half dozen viable running backs who will be off this week. Melvin Gordon and Ezekiel Elliott head the list, but Tevin Coleman, Ito Smith, Dion Lewis, Derrick Henry, and Austin Ekeler are all out of action as well. This makes for some interesting decisions when sorting through your roster. Here are some of my favorite Week 8 running back sleepers.

To say that T.J. Yeldon has filled in admirably for Leonard Fournette so far this season would be a massive understatement. Yeldon is ninth among NFL running backs in fantasy scoring. He is ninth in standard scoring, and he is ninth in PPR scoring. Despite his success, most people have him ranked outside the top-30 this week. I understand the skepticism, but it has gone overboard.

Jacksonville curiously traded for Carlos Hyde last week, muddling their backfield situation in the absence of Leonard Fournette. Yes, Hyde has proven to be a viable 20-touch per game back. But why mess with a good thing?. I just mentioned that Yeldon’s consensus ranking for Week 8 is outside the top-30. He has not finished outside the top-30 in any week this entire season. I see no reason to force-feed Hyde when Yeldon knows Jacksonville’s playbook and has proven himself to be a worthy running back. Yeldon also has a chance to beat his tough Week 8 draw against the Philadelphia Eagles.

Yes, the Eagles have allowed the third-fewest rushing yards to opposing backs. They have also given up a league-low two total touchdowns to the position. But Yeldon should be able to make his bones in the passing game. Yeldon is second among running backs with four receiving touchdowns on the year. He is also tied for seventh with 30 receptions. Philadelphia has allowed the fourth-most receptions to enemy backs this season. They have also allowed a league-high 81 percent of passes to running backs to be completed. With the struggling Blake Bortles expected to make another start, I would expect a heavy dose of short, high-percentage throws. This favors Yeldon, not Hyde. Yeldon should once again finish inside the top 30 and is an RB2 for me in PPR leagues this week.

The Oakland Raiders have put leading rusher Marshawn Lynch on injured reserve with a groin injury. This will likely make Doug Martin the favorite for lead back duties for the foreseeable future. So why is Jalen Richard listed here instead of Doug Martin? Because Doug Martin is terrible, that’s why. Apologies to Martin and his family, but it’s true. And that’s been the case for nearly three years now.

Jalen Richard has not been given the chance to be a bell cow back, but he has shown flashes in limited action. In 2016, Richard ranked first among all backs in yards after contact and third in PFF’s elusive rating. He has been more of a pass-catching specialist in Jon Gruden’s offense and has already produced solid results in that role. He enters Week 8 as a top-30 running back in PPR leagues. With Lynch out of the picture, Richard should be able to see a few more opportunities on the ground. The Raiders are in rebuild mode. It would behoove them to give Richard and DeAndre Washington more run than Martin going forward.

This week’s matchup seems to favor Richard as well. Indianapolis has allowed 49 receptions to opposing running backs. That number ties them with Kansas City for second-most in the NFL. I believe Jalen Richard will be a solid Flex play this week with the potential for much more, particularly in PPR leagues.

Raheem Mostert has come out of nowhere to lead San Francisco I’m rushing in each of the last two weeks. Mostert is in his third year with the club but had barely seen the field up until Week 5 of this year. Through 18 previous games spanning three years, Mostert had just eight carries for 36 yards. In Week 5, he saw six touches, but one of them resulted in a lost fumble. Most of us figured the story would end there. We were wrong.

Mostert was heavily involved in the Week 6 game plan. He did not disappoint, totaling 87 yards on just 12 carries. He was a factor again last week. With Matt Breida in and out of the lineup due to nagging injuries, Mostert stepped in admirably. He finished with 59 yards on just seven rushes, adding four catches as well. With Breida’s Week 8 status in doubt, Mostert has an opportunity to build upon his recent success in a matchup with the Arizona Cardinals.

Arizona has allowed the most fantasy points, rushing yards, and touchdowns to opposing running backs this season. This is a prime spot for Mostert. If Breida plays, Mostert is probably more of a desperation Flex play. But with four teams having a bye this week, you could probably do a lot worse. Mostert is a worthy plug and play this week, and would get a significant boost if Breida were to sit. Raheem Mostert makes for a great Week 8 running back sleeper.