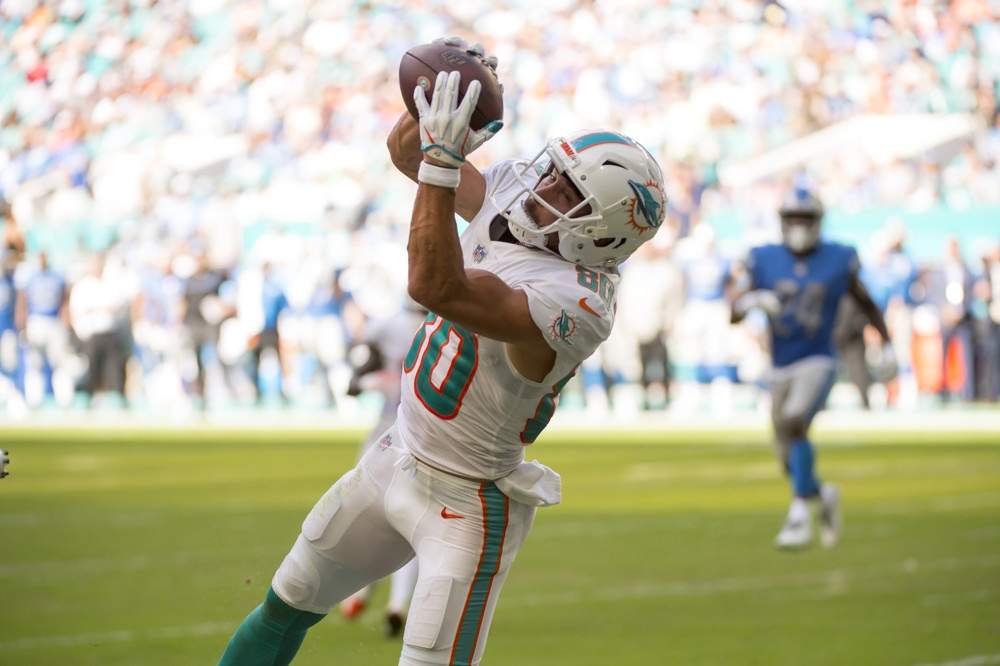 We are halfway through the NFL season. It is Week 8 and Halloween is right around the corner. Right on cue, this is the time where Fantasy Football players get spooked and drop out. For the die-hard Fantasy Football player set on coming away with victory in 2018, we present to you the Week 8 wide receiver sleepers.

This is about the time of year where people win their leagues. It is that push to the playoffs that is key to a championship. There are plenty of wide receivers available on the waiver wire that can help you win now. Tyrell Williams, Courtland Sutton, and Cole Beasley are viable options moving forward. But there are other wideouts you can add this week that can contribute right away.

Let’s get into some of those players in the Week 8 wide receiver sleepers.

Smith broke out on Monday Night Football two weeks ago against the Washington Redskins. With Tedd Ginn Jr. sidelined, Smith was on the field for 67 percent of snaps and caught three balls in as many pass attempts for 111 yards and two touchdowns.

The two scores came on two big plays. This is Tre’Quan’s specialty. At UCF in his third and final collegiate season, the speedster averaged 19.8 yards per reception.  On seven catches thus far into his rookie campaign, Smith’s average is 24.7.

In that Monday night game, Smith was on the field for 67 percent of the Saints’ offensive snaps. Last week Ginn Jr. was placed on the injured reserve which opened up the door even more for the talented rookie. While the production against the Ravens was limited in Week 7, it must be noted that his targets (six), and snap-count percentage (73) were improvements from the week prior.

This is a great sign, especially when you consider that Cam Meredith was only on the field for 25 percent of offensive plays. Smith’s output (three receptions for 44 yards) would have been considered a productive fantasy day if he was able to haul in a touchdown pass that went off his fingertips, thrown from just inside the 10-yard line.

Smith plays a banged up Vikings team on Sunday Night Football this week. He headlines the Week 8 wide receiver sleepers because of his explosiveness combined with his opportunity as Drew Brees’ deep-threat, and presumptive WR2.

With Brock Osweiler at the helm, the Dolphins have actually been spreading the ball around quite a bit. Osweiler has always been able to get the ball into his playmaker’s hands early and often, which is a great quality to have when you are not the most talented guy on the filed.

Albert Wilson and Kenny Stills, the Dolphins best weapons at wide receiver, have already been ruled out for Week 8. Danny Amendola is a playable asset on Thursday night against the Texans. While Brock will struggle at times against his former team (and the hottest defense in the NFL from a Fantasy perspective), Amendola will have plenty of opportunity on a depleted Dolphins offense.

After being targeted 11 times against the Bears for eight receptions and 59 yards, Amendola was great against the Lions in Week 7, catching six passes for 84 yards and a touchdown. Amendola should see another week of high volume against the Texans with Stills and Wilson out.