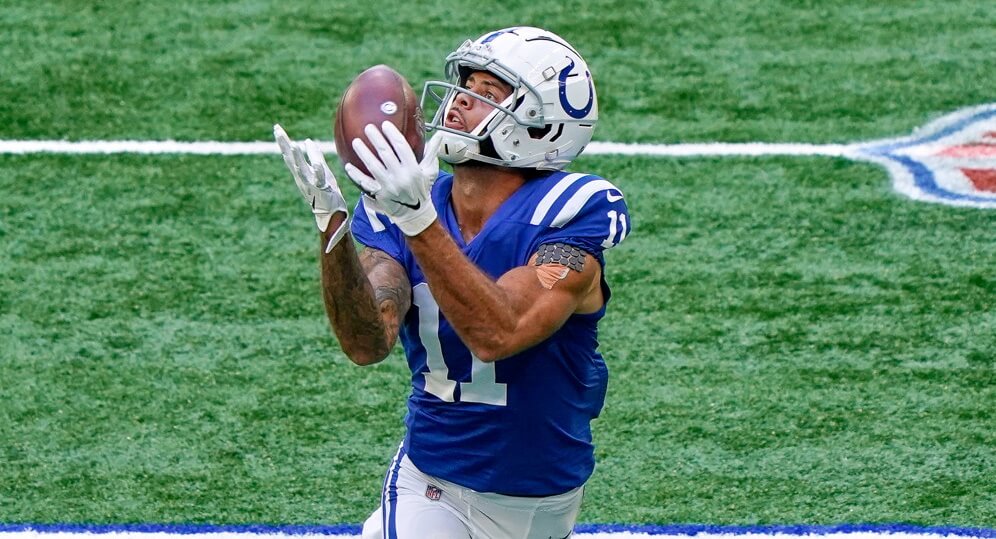 AJ Dillon continues to impress in his limited playing time this season. He is averaging a respectable 4.4 yards per attempt in 2021. He is averaging 7.6 carries per game, but it is the uptick in passing work that could make Dillon fantasy viable. Matt LaFleur said to the media after Week 5 that they trust Dillon’s ability as a pass-catcher going forward. If he continues to see steady work like this, he will be a similar product to what Jamaal Williams gave fantasy managers during his time behind Aaron Jones. If Jones were to miss time for any reason, Dillon is arguably the single best running back handcuff in all of football. This kid is crazy talented.

Dawson Knox has been trending in the right direction ever since Week 3. His production paired with his skill set makes him a great fantasy option as the tight end position is so thin in terms of viable options. My issue with Knox has only to do with the fact that his highest single-game receptions total is only five. However, he seems to be always on Josh Allen’s radar inside the red zone. He is a TE1 at this point and a safe bet to finish at least in the top-8 this season.

While James Conner only has a real bell-cow ceiling if Chase Edmonds were to miss time, he has established a pretty solid floor. He is averaging 12.6 carries per game, albeit he is not very involved in the passing game. His saving grace is that he seems to be the goal-line back, and on a high-scoring offense like the Arizona Cardinals, he will likely get a ton of goal-line chances. For this reason, he offers a safer floor, and fantasy managers can feel a lot more comfortable starting him as a flex option.

I think it goes without saying that Michael Pittman Jr is now the guy in Indianapolis. He has seen at least seven targets in his last four games. He is becoming a more reliable fantasy asset each week. He is the ECR #32nd WR currently but if he keeps up this target share, there is a good reason to believe that he can climb up those rankings in the coming weeks.

Chris Carson is very talented, but the last few seasons he has suffered a lot of injuries, and his inability to stay on the field has made him unreliable at times. When he does play, he is excellent, but this neck injury he is dealing with is nothing to play around with.  Alex Collins will be taking over the backfield in Carson’s absence, but it is safe to say that I am a bit concerned that Carson will be able to stay healthy over the course of this season. This seems like the type of injury that will linger.

When the Patriots lost James White for the year to injury, it seemed likely that Harris would get extra work, including some work in the passing game. However, this has not even come close to coming into fruition as the highest amount of targets he has seen all season was in Week 1 with three. So while I think Harris will have a safe floor considering that when he is on the field and healthy, he will be the lead back for the Patriots, and that will bring some opportunities for touchdowns. But the fact that he cannot evolve his work in the passing game means he has a cap on his ceiling this season.

Before the season started, I was all-in on Trey Sermon. But here we are in Week 6, and it seems like Kyle Shanahan has decided that Elijah Mitchell is the preferred option. Not only that but Jeff Wilson Jr. is expected back in the next few weeks. I do not think this is going to happen for Sermon this year. Even if he does force his way into more playing time, this is a crowded backfield going forward, with a coach that loves to utilize running back committees. I think it is safe to call Trey Sermon a fantasy bust at this point.

I am a bit concerned for Tyler Lockett over the next few weeks at least. Geno Smith will be taking over the starting QB role while Russell Wilson recovers from his hand injury. The big question here is whether Geno Smith will be able to support both Metcalf and Lockett for fantasy purposes. Lockett will have the occasional big play, but I am a bit unsure about whether or not he will have the same production as he would with Russell Wilson I think now may be a good time to move Lockett for someone in a more stable situation.