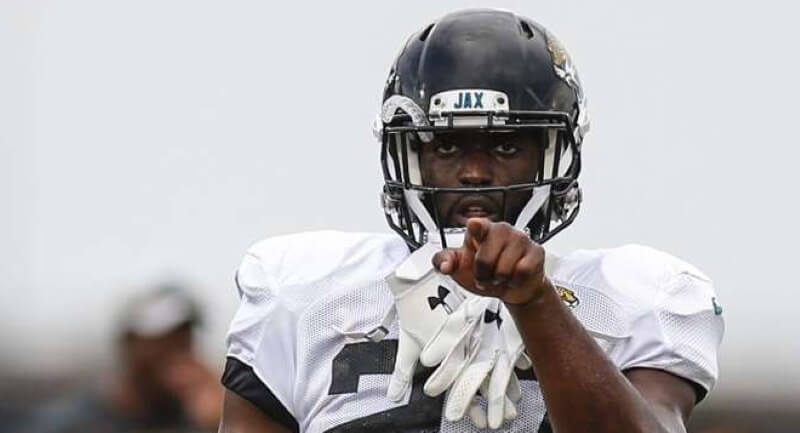 Injuries inevitably happen, though the slew of long-term and some season-ending injuries to elite fantasy players in Week 2 was especially tough on dynasty teams that may now need to re-evaluate their ability to contend this season. Here are a couple of dynasty buys and sells to target in your leagues, but keep in mind the other team’s current situation when initiating trade talks. All the first-round rookie picks in the world won’t help you acquire Ezekiel Elliott if the other dynasty GM is contending for a title, and don’t attempt to sell veteran contributors like A.J. Green to teams clearly in a rebuild and not in position to vie for a championship this year.

Bruce Arians declared Ronald Jones the starter in the preseason even following Tampa Bay’s signing of Leonard Fournette and stated that Jones would have to “screw it up to lose it”. Well, Jones may still be involved, but he also may very well have screwed up enough to lose the majority of touches to Fournette. After scoring a touchdown early against the Panthers in the first quarter, Jones fumbled a handoff from Brady early in the second quarter.

Jones fumbled last year and was briefly benched for doing so, and he may have opened the door for Fournette after losing the ball in Week 2. Interestingly enough, Fournette was in on the Buccaneers’ second offensive series even prior to Jones losing the ball. But following the turnover, Jones saw just three carries for the rest of the game compared to eight for Fournette. Fournette also broke a 46-yard touchdown run late in the game to seal the victory.

Fournette is a risky buy, as both Jones and LeSean McCoy could continue to be involved in this backfield. However, McCoy also dropped an easy touchdown pass in the end zone in Week 2. The combined mishaps from Jones and McCoy could give Fournette an opportunity in Week 3 to prove himself as the every-down workhorse back in Tampa Bay. If that happens, he has a top-five fantasy running back ceiling for the rest of the season. It may be a risk-reward bet, but I’d be willing to pay as much as a late first-round rookie pick to acquire Fournette for a contending dynasty roster.

Side Note: For the same reasons, Jones is a dynasty sell, though we won’t devote an entire segment to him below.

Through two weeks, tight ends have accounted for 25 percent of Joe Burrow‘s total target share, with 24 of Burrow’s 97 pass attempts having targeted either C.J. Uzomah or Drew Sample. Neither Bengals tight end was fantasy-relevant while they split these targets, but with Uzomah out for the year with an Achilles injury suffered in Week 2, Sample’s potential suddenly becomes extremely tantalizing.

While Burrow may not throw 61 passes every week like he did against Cleveland last Thursday night, the Bengals field one of the worst defenses in the league, surely leading to many pass-heavy game scripts for the offense, particularly in the second halves of games. And though a 25 percent target share is far too optimistic for Sample going forward, it’s not out of the question for him to finish this season second in targets in Cincinnati behind A.J. Green.

Target volume could propel Sample into the top-10 fantasy tight ends in PPR formats for the remainder of the season as Burrow’s safety blanket in the middle of the field, and his ceiling would be sky high if Green were to miss time. The Thursday night game often gets forgotten by the following week after a full slate of games on Sunday and the Monday night game, so Sample’s second-half production against the Browns is already hazy in the minds of many fantasy players. It’s possible to acquire Sample for just a third-round rookie pick right now in dynasty leagues, and at that price, he could end up looking like a bargain by the end of the 2020 season.

Josh Jacobs and Benny Snell were the Week 2 dynasty buys recommended. Jacobs got vultured twice near the goal line by the fullback and Darren Waller against the Saints in Week 2 but touched the ball 30 times. He remains a workhorse back who is not yet considered truly elite by the majority of the dynasty community. And as mentioned last week, James Conner did indeed return in Week 2, but Snell remains a dynasty buy or hold given Conner’s struggles in staying healthy.

Injuries struck many backfields in Week 2, among them the Los Angeles Rams. Cam Akers left the game early in Week 2 against Philadelphia with separated rib cartilage, which allowed Darrell Henderson to see an expanded role. Although Henderson barely led the backfield with 12 carries to 11 for Malcolm Brown, Henderson far outgained him with 81 rushing yards to Brown’s 47 yards and added two receptions for 40 yards through the air.

Akers’s rib injury is likely to keep him out of the matchup against Buffalo in Week 3, and while Brown is expected to play, he looked like the much less explosive back even prior to fracturing his pinky finger late in the game against Philadelphia. Henderson looks to be the lead back in Week 3, but the Bills boast a top rushing defense, having allowed the third-fewest rushing yards in the league through two games. If Henderson is to shine against them, he’ll likely need to do so as a receiver in space.

Now is the time to sell Henderson, as he may have a quiet game against Buffalo this coming week. Even if he plays well against them, Akers is due to return in the next week or two, likely rendering this a messy three-headed committee backfield for 2020. Though Henderson’s talent is beginning to manifest and allow him to carve out a larger role on offense, he’s unlikely to be more than an inconsistent flex play while all three Rams running backs are healthy. With his Week 2 performance fresh in the minds of dynasty GMs, it may be possible to sell Henderson in dynasty formats for a mid second-round rookie pick or more right now, especially if a team with Akers or Brown on their roster is panicking.

This one should be fairly obvious, but sometimes in-season injuries can allow for sell-high opportunities to even seasoned dynasty teams. While most are aware that Jordan Reed isn’t a good long-term answer at tight end, a contending dynasty team that started with two losses to open the season with George Kittle on their roster as the only viable tight end starter or a team that came into 2020 expecting to rely on Blake Jarwin and Austin Hooper might just be desperate enough to pay up for Reed.

Kittle may miss another week or two, but his knee injury shouldn’t keep him out past Week 4 or 5 at the latest. And in the meantime, it sounds like Nick Mullens is slated to be the starter in Week 3 while Jimmy Garoppolo mends his high ankle sprain, which adds an extra layer of uncertainty for Reed when it’s already unlikely that he’ll repeat his two-touchdown performance against the hapless Jets secondary in Week 2.

And then there’s Reed’s long history of soft tissue injuries and concussions, which stacks the odds against him having repeated productive performances even during Kittle’s short absence. Any dynasty team with Reed on the roster should be sending offers to sell him for any third-round rookie pick, first targeting teams in contention with a short-term need at the tight end position. Even a fourth-round pick may be worth it for a player who is likely seeing his final window of having fantasy relevance and holding any sort of dynasty value.

Will Fuller and Corey Davis were the Week 2 dynasty sells recommended. Fuller promptly injured his hamstring in Week 2, and while injuries can’t be predicted, Fuller has had a long history of soft tissue injuries and missing time, hence the recommendation to sell. The recommendation to sell Davis was written prior to the news that A.J. Brown would miss multiple weeks with a bone bruise, but Davis remains a sell candidate. Though he scored a touchdown against Jacksonville in Week 2, he was fourth in catches and receiving yards on the team when not matched up against an undrafted rookie cornerback like he was in Week 1 against Denver.