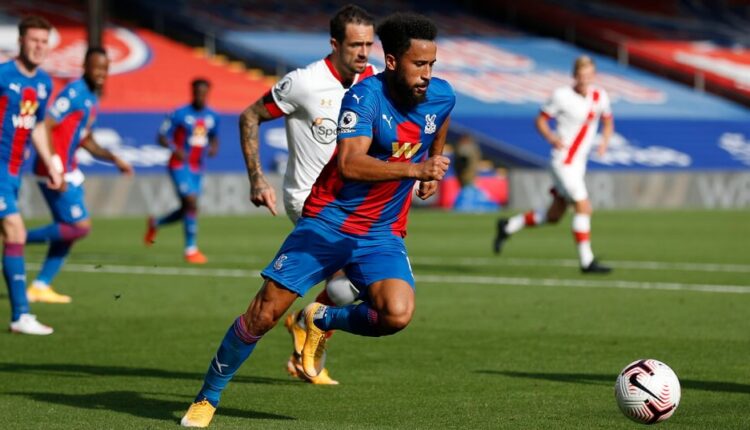 Our Gameweek 3 Sleepers XI article provides Fantrax managers with a lineup of Fantasy EPL hidden gems. Our starting eleven of Draft Premier League differential picks will help you find a golden ticket to a big score this weekend! These hints and tips will give you a better chance of picking up an all-important victory, as one of our Fantasy EPL sleeper picks could easily make the difference in a Head-to-Head game!

For this article, we use the ownership statistics from Fantrax.  Our only rule is that each player we highlight is required to have ownership of 60% or below at the time of writing. Therefore there’s a good chance these players will be free agents in your Fantrax Draft League!

Prospects: 19 points, a clean sheet, and a penalty save on your debut for your new club? Yes please. Emiliano Martinez has moved to Aston Villa in a bid to secure first team football in the Premier League. The Argentinean goalkeeper performed really well for Arsenal at the end of last season, and he’s started this one off on fine form too. Although his only save in Gameweek 2 was the penalty, I’m expecting the Villans to give up a lot of shots this season, therefore increasing Martinez’s points potential. He should end the season with a decent ratio between saves made and goals conceded! This weekend Aston Villa faces a trip to newly promoted Fulham. A second clean sheet may not occur, but a decent haul for Martinez should.

Prospects: Charlie Taylor! Very excited to include the Burnley left-back in my Gameweek 3 Sleepers XI. Although this does mean his ownership is below my 60% threshold, which is very disappointing to see. I’ll include Taylor in these articles for as long as I can – Fantrax managers still haven’t realized how good he is in the Fantrax Scoring System. The Burnley superstar gained a really impressive 12.5 points in Gameweek 2, despite conceding four goals (and receiving -2 points for each one). This weekend the Clarets face Southampton at home. I’m not expecting a clean sheet with Mee and potentially Tarkowski missing from the team once again, but a double-digit haul for Taylor is likely. I ranked him at 18th overall in my personal pre-season Defenders Draft Rankings.

Prospects: Wolves youngster Ruben Vinagre makes the team for this week after Marcel left the field after just 10 minutes in Gameweek 2. Many expected Vinagre to be afforded a decent run in the side with Jonny ruled out with a serious injury, but new signing Marcel went straight into the team for the first couple of games. Now that the Brazilian looks set to miss out through injury now is the time to take a punt on Vinagre and start him for Gameweek 3. Ignore the minus score achieved against Manchester City – this weekend Wolves face struggling West Ham, and Vinagre will have a shot at gaining a decent Fantrax score!

Prospects:  I’m doubling up on the Aston Villa backline, and including Tyrone Mings as well as Martinez. The English center back performed really well last week with a big score of 26.75 points. Mings gained an assist, a clean sheet, and a huge 10 aerial duel wins. Attacking returns and clean sheets may not be on the cards as Villa visit Fulham, but aerial wins certainly are. Fulham’s main attacking outlet is Mitrovic, and therefore an incredible number of long balls will be fired up to him. Enter Mings to deal with the majority of them, and rack up another decent score based on aerial wins. Teammate Konsa is also a great option for the same reason and has really low ownership.

Prospects: A Fulham defender in the Gameweek 3 Sleepers XI?! You better believe it. Kenny Tete made his debut for Fulham in Gameweek 2 and makes his debut for me in Gameweek 3. Quite an introduction to the EPL! The Dutch right-back was signed by Fulham for just £3 million from Lyon and looks to be a massive upgrade on the other options in the squad. Tete gained 12.75 points on his debut for the Cottagers, despite conceding four goals and receiving a yellow card. To lose 11 points through these deductions, but still gain a double-figure haul is quite an achievement! Tete performed really well across both attacking and defensive scoring categories in Gameweek 2. Certainly worth a punt against Aston Villa this weekend!

Prospects: Andros Townsend has been featured a lot across Fantrax HQ since the start of the season. The Englishman featured in our Gameweek 2 Waiver Wire article, as well as being certified hot in our Hot or Cold Player Rankings article. After two huge scores in the first two games, Townsend is currently the 16th highest scoring player. It remains to be seen how Palace will eventually line up, with Eze and Batshuayi likely to come into the team over the coming weeks. But for now, Townsend is an essential signing and a key asset in our Gameweek 3 Sleepers XI. The Eagles have won both games so far, and the diminutive winger is rolling back the years!

Prospects: Trezeguet ended last season in fine form… and he’s started this one in the same vein! The Egyptian winger bagged an insane score of 13.5 points in Gameweek 2, despite gaining zero attacking returns. This is what we’re after!! I don’t think he will sustain this form, and new signing Bertrand Traore will likely take him out of the team soon. But for now, picking up Trezeguet is a great move if you can. Aston Villa face a leaky Fulham defense this weekend, Trezeguet will start again, and his prospects are looking pretty good. He’ll be giving it his all to keep Traore out of the side, that’s for sure!

Prospects: Unfortunately the news of Nathan Redmond’s injury broke too late for me to include Moussa Djenepo last week, but he was one of the first names on my team sheet for the Gameweek 3 Sleepers XI. The Malian winger has shown glimpses of his Fantrax potential over the past year, but he’s never been able to lock down a spot in the Saints starting eleven. With Redmond out injured, now is his time to capitalize! Last week Djenepo gained a good 13 points courtesy of his assist and successful dribbles. This weekend Southampton faces a trip to a depleted Burnley side, and a double-figure haul from Djenepo is a strong possibility.

Prospects: I’m doubling up on Crystal Palace midfielders after their stunning start to the season. Jeffrey Schlupp has started both games so far, and despite new arrival Eze waiting in the wings, the Ghanaian will remain in the side whilst Palace is winning games. After last week’s 3-1 victory at Old Trafford, Schlupp will start once again. For me, he’s worth a punt if you can’t get hold of Townsend. Crystal Palace face fellow high-flyers, Everton, this weekend in a game which should be an entertaining one. Schlupp is always worth a punt if he’s starting games!

Prospects: Andre-Frank Zambo Anguissa started last weekend for Fulham during the thrilling 4-3 defeat to Leeds, and posted an insane score of 29 points! The Cameroonian midfielder posted a respectable 4.5 points in 27 minutes of action in Gameweek 1, but no one was expecting a near 30 point haul from him in Gameweek 2. Anguissa gained an assist, as well as eight successful dribbles, three key passes, and a bunch of defensive stats! The Fulham man should start once again this weekend against Villa, but we’re wary of his long term prospects. There are strong rumors linking Anguissa with a permanent move away from Craven Cottage, and Parker is likely to be willing to cash in on him now that Harrison Reed and Mario Lemina have joined up with his squad. Jean Micheal Seri is also on the books at Fulham, and he could easily slot into a central midfield slot too. For now though, he’s golden!

Prospects: I’m going with a lone striker for my Gameweek 3 Sleepers XI. There are some decent forward options in the Reserve XI, but I fancied the low ownership midfielders featured above ahead of them. Pedro Neto is the man who gets the nod up front, after starting both of Wolves’ games so far. The attacking trio of Jimenez, Podence and Neto are playing really well together, and Neto managed to score a very respectable 6.5 points against Manchester City in Gameweek 2. With Nelson Semedo arriving from Barcelona, Adama Traore could be pushed further forward at the expense of Neto. However, for now, the Portuguese winger is a really strong option. I’ve seen him play live and he’s a really talented young footballer! Wolves face struggling West Ham this weekend.