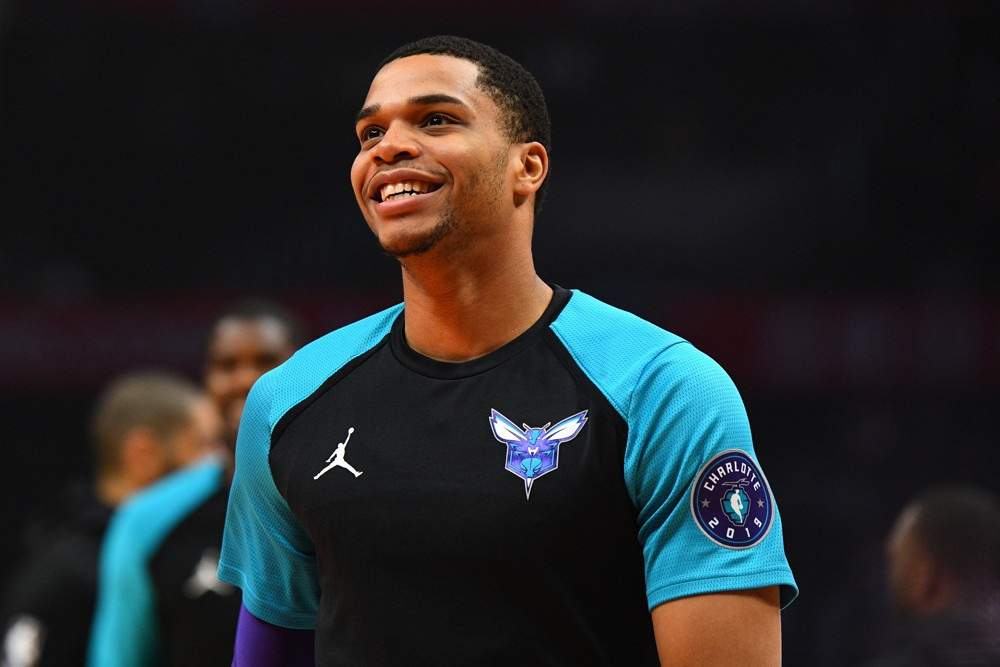 The penultimate week of the fantasy basketball season is upon us, and a few key players are down and out. New Orleans is dealing with the Anthony Davis saga, and young bigs are drawing positive results from the outcome. Jaren Jackson looks to be down and out for a while, and owners riding Joel Embiid’s success will surely feel the void left behind. This week’s fantasy basketball waiver wire offers suitable replacements for those losses, as well as a couple of young guns that are getting a shot in their respective rotations.

Beasley continues to perform for the Nuggets. He’s been on this list multiple times and should be owned in most 12-team leagues. Beasley provides points and threes with some upside in steals. He’s having one of the most overlooked seasons in recent history in terms of efficiency. Denver seems to have locked him into an important role and he should continue averaging 25-plus minutes for the rest of the season.

Layman has become a staple in the Blazers rotation. He’s played at least 23 minutes in his last 10 games and has been an under-the-radar fantasy asset. Averaging 13.2 points, 5.2 rebounds 1.4 threes and 1.3 blocks on 56% shooting will do that. Layman is in no danger of losing his role for the rest of the season and can safely be relied upon for owners looking to bolster their rosters in week 20.

Bradley continues to be involved in the Grizzlies rotation. He’s averaging 15.4 points, 1.4 threes and a steal as a Grizzly, including a lowly 4-point performance against Cleveland most recently. Even though he played just 18 minutes against the Cavs, there should be no need to worry. Bradley was in early foul trouble, cutting his night short. Memphis is going to keep relying on him for the rest of the season, while Bradley is playing for a shiny new contract next year if the Grizz don’t pick up his option.

(From last week’s waiver wire): Outside of the first round pick, Shamet was the key return piece in the Tobias Harris trade. Shamet is already an established shooter in the league. With Avery Bradley being shipped off, Shamet has a clear path to minutes in Doc Rivers’ 9-man rotation. He has seen no less than 23 minutes since his Clippers debut, and the 23 minutes were in a blowout win against Phoenix. Fantasy owners in search of consistent threes can do much worse than picking up Shamet. He’ll be a focus in terms of development for the Clippers down the stretch and should keep seeing consistent minutes.

Shamet will have his ups and downs as a pure shooter. But he’s a worthy add in week 20 for the sheer purpose that he’s going to get guaranteed minutes in Los Angeles.

The loss of Jaren Jackson should thrust the second-year forward into the rotation. Rabb was playing great before suffering a slight two-game slump where he saw under 20 total minutes. Jackson’s injury should thrust him into the 25-minute per game range for as long as the rookie big man is out. Jackson’s injury is still without a timeline, but all indications point to him being gone for the rest of the fantasy basketball regular season. Rabb is a must-add if you’re looking for points and boards on good shooting splits.

With so much drama in New Orleans with Anthony Davis, it might be Cheick Diallo’s time to shine. Diallo is giving an Andre Drummond vibe, averaging 17 points and 14 boards and 1.5 blocks over his last pair, all while shooting nearly 90% from the floor. The outstanding FG% won’t sustain, but a 60%+ rate isn’t out of the realm of possibilities. Okafor has surrendered minutes to Diallo recently, and with the way he’s played, it would be hard for coach Gentry to move away from Diallo.

The 2019 Slam Dunk contestant got his first start of the season coming out of the break, and there’s a lot to like about the rookie swingman. Although he was restricted last night due to foul trouble, this may be a turning point for Bridges’ playing time. Bridges offers defensive upside on top of being a solid rebounder and capable shooter. If Bridges is available in dynasty leagues, now is the time to scoop him up. A breakout game is on the horizon for Week 20.

Rolo keeps putting up numbers for the Bulls. Lopez is dropping 16.9 points, and 1.4 blocks on 68% shooting. It’s unfortunate that his rebounding numbers are low (4.6 per game), but Lopez is providing some value for fantasy owners looking ahead to week 20. His role should be safe through the remainder of the season. Making Lopez a reliable waiver wire target in week 20.

Boban is going to get a lot of run with Joel Embiid sidelined for the foreseeable future. Following a good start against Miami, the Sixers will rely on him with little depth behind the Serbian. I expect minutes in the mid to high 20’s until Embiid is ready to return. Notorious for putting up big numbers in limited minutes, Boban’s efficiency should shine through for this stretch and makes him an appealing addition to fantasy rosters.

Chriss has seen his minutes take a dip with the return of Kevin Love. On the plus side, fantasy owners should be mindful that Love will be in and out of the lineup to close out the year, making Chriss an ideal handcuff. Chriss is averaging 14.3 points, 6.3 rebounds, 2.3 threes, and a steal when he gets 20+ minutes in Cleveland. The Cavs are going nowhere this year, so if they turn their attention to develop their young assets, Chriss would be one of the primary beneficiaries.