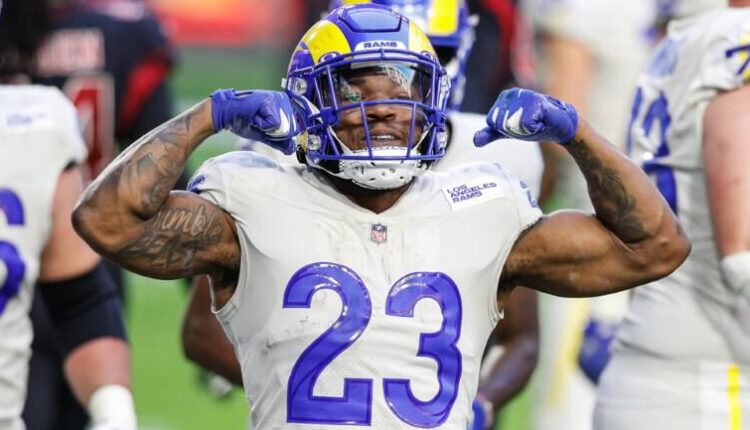 When identifying potential sleepers, snap count and target share are the name of the game. The difference between a player being a sleeper or just some bench piece is a very fine line. It is all about how productive a player can be with the limited looks that they receive. It is also important to consider their matchup and their team’s offensive scheme. The conclusion of Week 11 has left us with some more useful data points. Things are getting down to the nitty-gritty. The waiver wire is bone dry. So based on that, I’ve decided that there was a need to give you a couple more names to pick from. Without further adieu, here are six Week 12 sleepers who could provide a spark for your fantasy squad.

Like a phoenix rising from the ashes, Cam Akers was reborn again this past Sunday. Or at least he finally showed some signs of life. Last week Akers played on 39% of snaps, his highest since returning from his brief hiatus. Partially aided by the departure of Matthew Stafford (concussion), Akers saw 14 carries which he took for 61 yards. Fellow running back Darrell Henderson only saw two carries. Keep an eye out for rookie running back Kyren Williams, but the coast looks clear for Akers to lead this backfield going forward. The Rams get a juicy matchup on the ground against the Chiefs who rank ninth worst against fantasy running backs. The Rams’ passing attack withered up and died with Kupp’s ankle injury, their only hope to stall the Chiefs will be an efficient run game, putting Akers on my Week 12 sleepers list.

Worth a speculative add for#FantasyFootball

Two straight games of Ryan Tannehill, two straight wins for the Tennessee Titans. It is more important to note that Ryan Tannehill has a pair of passing touchdowns in each of those games. Although the Titans are still a run-first ball club (third highest in the NFL), it is refreshing to see the wide receiver room put points on the scoreboard. Just as they hoped it would, upping Derrick Henry’s usage (19 carries, 28 carries) in the last couple of games has led to increased production on play-action passes. In Week 10 it was Nick Westbrook-Ikhine who benefitted, last week it was the rookie Treylon Burks. The AJ Brown replacement is just two weeks removed from a turf toe injury that sidelined him for five weeks including the bye. He was brought on slowly (3-24-0) in Week 10 versus Denver, but enjoyed a nice pop week (7-11-0) last Sunday. This week it will be all hands on deck in Cincinnati to stop Derrick Henry, look for Burks, one of the sneakier Week 12 sleepers, to make the defense pay for loading the box.

First, let me begin by saying that this Week 12 sleepers pick comes with a contingency. There have been rumblings out of New York that head coach Robert Saleh is not fully committing to Zach Wilson as this week’s starting quarterback. I don’t think I’ve ever been this excited to possibly see more Joe Flacco (fingers crossed). However, the more likely scenario is that we would see folk hero, Mike White get the start instead. So that’s basically the contingency, Zach Wilson has to sit and Joe Flacco has to get the start over Mike White in order for Wilson to have my blessing this week. If in fact Mike White does start, that makes both running backs very interesting for me, especially Michael Carter, as White has shown a willingness to check down to his running backs in the past.

Joe Mixon is in the concussion protocol. If things go the way for Joe like they’ve gone for so many others this year who have entered the protocol, then I wouldn’t expect to see Mixon in uniform when the Bengals take on the Titans this week. Enter Samaje Perine. I’m sure that come Wednesday Perine will be amongst the most popular waiver wire adds. That is deservingly so. Perine has been a great pick up in years past when Mixon was out with an injury. He is active in both the run and pass game, therefore he is capable of taking on that “lead back” role whenever called upon. Perine is one of two Week 12 sleepers that are running backs. But I wouldn’t expect Samaje to do much running Sunday. The Titans a pass-funnel defense, meaning that they sell out to defend the run, often leaving their DBs to fend for themselves. Playing against a hapless Titans secondary, and without Mixon, the Bengals will in all likelihood air this one out. We know from last week’s performance (4 receptions, 52 yards, 3 rec TDS) how effective Perine can be in the passing game.

Promising rookie Wan’dale Robinson has a torn ACL. His season is done. The Giants are probably counting their lucky stars that they held on to Darius Slayton. The veteran wide receiver wasn’t even in the team’s plans when they started the season. Now, it isn’t a stretch to say that he’s the focal point of the passing attack. Following the Robinson injury, Slayton’s only threat to take targets away will come from Richie James Jr. We could look at the Giants’ schedule to see if the matchup is fitting (it is, Dallas Cowboys), but it wouldn’t matter. I’d tell you to play him regardless. Why? Targets. Targets are wide receiver currency, and Slayton figures to be a very rich man for the rest of the season. Slayton finds himself on my Week 12 sleepers list, and he may find himself on more if he continues to go unnoticed and underappreciated.

Rounding out the Week 12 sleepers is rookie running back James Cook. Head coach Sean McDermott had said that Cook was gaining confidence, but he failed to mention how much confidence he had gained in him. Without warning, the rookie tied a season-high with 11 carries. This was enough for him to have his highest output on the ground of 86 yards, tying Devin Singletary (18 carries). There’s no reason to believe that Cook hasn’t earned this kind of split moving forward. The 28 carries between both running backs is a mark that we could see the Bills strive towards each week going forward. The Bills still need to monitor Josh Allen’s elbow. Giving James Cook more carries to lessen the load is just fine with me. The Bills get another running back friendly matchup this week when they travel to Detroit to take on the Lions on Thanksgiving.