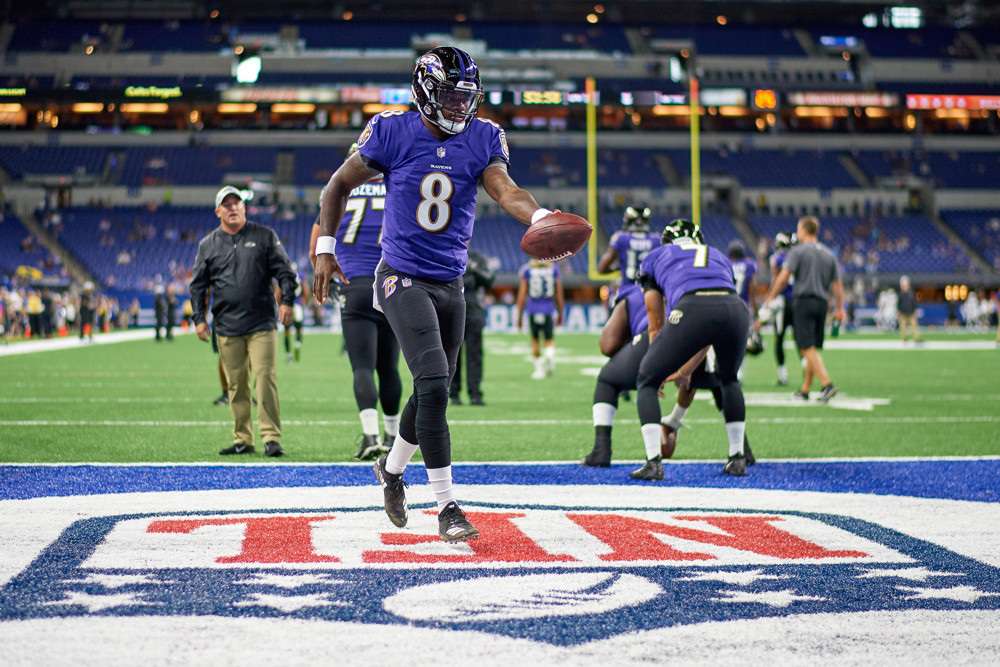 The good news heading into Week 12 is that there are only two teams on a bye. The bad news is that those two teams are the Kansas City Chiefs and Los Angeles Rams. This means that many of the elite fantasy football players are unavailable this week. Patrick Mahomes and Jared Goff are the top two fantasy quarterbacks in total points, so replacing them will be no easy task. But there are always sleepers available. If you have a quarterback on a bye, or if you are otherwise hesitant about your quarterback’s matchup, here are some Week 12 quarterback sleepers who just may do the trick.

Many fantasy football players took a wait-and-see approach with Baltimore’s rookie quarterback. I had him 13th in my rankings last week, and that is exactly where he finished. Blind squirrel jokes aside, I believe Jackson would be in line for a similar fantasy finish in Week 12 provided he gets the nod over the hobbled Joe Flacco. Jackson’s unique skill set is of far more relevance to his fantasy production than his matchup, but it cannot hurt to face the Oakland Raiders, as Jackson does on Sunday.

In last week’s game, Jackson carried the ball 27 times. It was the highest number of carries by a quarterback in an NFL game since 1950. That is what I mean when I say the matchup does not matter as much with Jackson as it would with a typical quarterback. The Ravens are going to design plays to get Jackson to make plays with his legs. Oakland has arguably the slowest defense in all of football. Jackson has an opportunity to gain chunks of yards on the ground in this game. Last week, he was able to finish within the top half of fantasy quarterbacks without finding the end zone. I expect a similar output this week, except I believe he will find a way to score. If he does, he is likely a top-10 fantasy quarterback this week.

Ryan Fitzpatrick had an entertaining run as Tampa Bay’s on again, off again starting quarterback this season. He became the first quarterback in NFL history to throw for 400 yards in three consecutive games. Fitzpatrick followed that up with a Week 4 dud that got him benched in favor of Jameis Winston. Left for dead, Fitzpatrick returned in Week 8 when Winston played bad enough to get benched. Fitzpatrick nearly pulled that game out, then put up a QB6 performance in Week 9. But the magic has finally worn off. Fitzpatrick turned the ball over six times over his last two games with nary a touchdown pass to show for it. He has been relieved of his starting role and Winston is back, presumably this time for good. Week 12 sets up to be a good one for Winston when he lines up against the San Francisco 49ers.

San Francisco gives up the eighth-most fantasy points to the quarterback position. Recent numbers suggest an improvement, but I believe that narrative is a bit skewed. In their last six games, the 49ers have faced Josh Rosen (twice), Derek Carr, and Eli Manning. They have also faced 25 pass attempts or less in three of those games. Say what you will about Winston, but he will not be afraid to throw the ball early and often. Tampa Bay has the second-most pass attempts and most passing yards in all of football. The 49ers have allowed 21 touchdown passes and have intercepted just two passes this year. This is a matchup that plays to Winston’s strengths. Jameis Winston is one of my preferred Week 12 quarterback sleepers and should be in for a productive fantasy day.

It has been a disappointing season both in real life and in fantasy for Matthew Stafford. Perennially among the leaders in passing yards, Stafford is outside the top-12 in that category and ranks just 18th in total fantasy points heading into this week’s action. He faces a difficult matchup when Detroit hosts the Chicago Bears on Thanksgiving. But Stafford’s lackluster results and tough draw are prime reasons why he finds himself among my Week 12 quarterback sleepers.

Chicago is coming off a big divisional win on Sunday night against Minnesota. But the schedule makers did them no favors. Sure, the trip from Chicago to Detroit is a short one. But to play on Sunday night and then to travel to play the early game on Thursday is asking a lot. No other team this season has played or will play a game on less rest than the Bears will this week. This could be a bit of a letdown spot for Chicago.

Also working in Stafford’s favor is the absence of running back Kerryon Johnson. With the rookie out of action, I am guessing the coaching staff will trust Stafford to make plays with his arm as opposed to handing the ball to LeGarrette Blount. Blount has 21 carries for 16 yards over his last four games. Sheer volume could propel Stafford into borderline QB1 territory. It may not always be pretty, but Matthew Stafford has a chance to crack the top-15 fantasy quarterbacks on Thursday. Those with Mahomes or Goff on a bye could certainly do worse.

In this week’s edition of “How Bad Is Tampa Bay’s Pass Defense?”, Eli Manning threw one incompletion and had 12.8 yards per attempt against the Buccaneers last week, posting his second finish as a QB1 on the year. This week’s opponent is Nick Mullens and the San Francisco 49ers. The undrafted rookie free agent quarterback is no great shakes, but Tampa Bay has such a horrendous defense, that any quarterback starting against them at least warrants consideration.

The only two quarterbacks who did not register a QB1 performance against Tampa Bay this season were Nick Foles and Alex Smith. While there is no guarantee that Mullens is better than either of them, he did finish as the overall QB8 against Oakland in his NFL debut in Week 9. Mullens has proven he can excel against a below-average defense and should be in a position to do so once again this week. Tampa Bay has given up a league-leading 25 touchdown passes against a league-worst one interception. Mullens is tough to trust, but the matchup is one to exploit. He could be in prime position to put up a lot of points on Sunday.