Week 12 Wide Receiver Sleepers: All the Way with Callaway 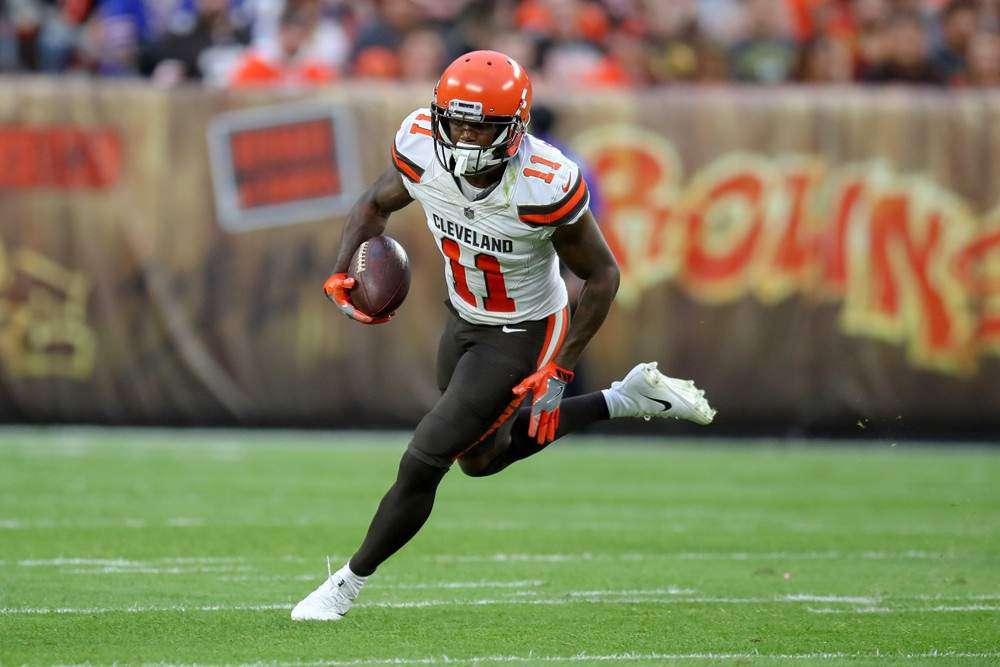 Week 11 was full of value plays in Daily Fantasy at the wide receiver position. Tre’Quan Smith was $4,000 on DraftKings. D.J. Moore was $4,200. If you played both with studs at the running back, you probably made out pretty well. Let’s see if we can duplicate that success with our Week 12 Wide Reciever Sleepers.

The rookie class of 2018 is starting to show out. The two guys above are arguably the most successful thus far. Guys like Calvin Ridley, Courtland Sutton, Christian Kirk, and Michael Gallup have all seen flashes of brilliance this year. This is no 2014 draft class, but it is loaded with players that will be starters in the NFL for a long time.

One of those guys should be on your radar this week.

I actually can hear the groans. I get it, believe me. Callaway was a guy I was flexing in 10-team leagues. The snap percentage (on the field for over 90 percent of offensive snaps in three games) and the targets ( at least nine in three games) have often times been a mirage. Yet, if there is going to be one time to put Callaway in your DFS lineups, it would be against one of the worst defenses in NFL history.

The Browns get to face the Bengals in Week 12. Before last week against Lamar Jackson and the Ravens, The Bengals had allowed four straight games of 450-plus all-purpose yards. They have also allowed 11 touchdowns to wide receivers on the season.

Callaway’s best game of the season was against the Steelers, which was a divisional game. He caught five passes for 36 yards and a touchdown. What this tells me is that Baker Mayfield trusts his fellow first-year mate in divisional match ups.

Two weeks ago Tre’Quan Smith laid a goose egg in a game where the Saints scored 51 points. A lot of people jumped off of Smith as an option in DFS and look what it cost. Callaway is still a deep-ball threat and on the field a lot. He will have the opportunity to light it up on Sunday against a horrible defense. For $3,800 on DraftKings I am all in.

Quinn has gotten his opportunity due to the many injuries the Redskins have suffered at wide receiver. Paul Richardson was just placed on injured reserve while Jamison Crowder has missed multiple games and is unlikely to dress out this Thursday against the Cowboys.

The seventh round pick out of SMU is in line to start in the the slot role on Thanksgiving, assuming Crowder is out. The only constant at the position for almost two years now for the Redskins has been Josh Doctson. Opposite of Doctson will be Maurice Harris. With Colt McCoy in at quarterback, Doctson gets a slight boost in fantasy as well. The real value, however, will be with the slot receiver who can rack up targets. Quinn caught all four of his targets on Sunday for 49 yards.

Quinn played at LSU for two years where he did not see much playing time. The transfer to SMU gave him a legitimate shot to show his stuff. He had a ridiculous year in a system that hyper-targeted the slot receiver. He had 114 receptions for 1,236 yards with 13 touchdowns. Quinn promptly declared for the NFL Draft soon after.

Another year, another opportunity for Quinn.  Expect to see Quinn in all three-wide receiver sets. Quinn is a great DFS play who provides a safe floor with a safe price (just $3,500 on DraftKings). Look for Quinn to eat on Thanksgiving against the Cowboys who have allowed over 10 receptions and 150 yards per game to opposing wide receivers.