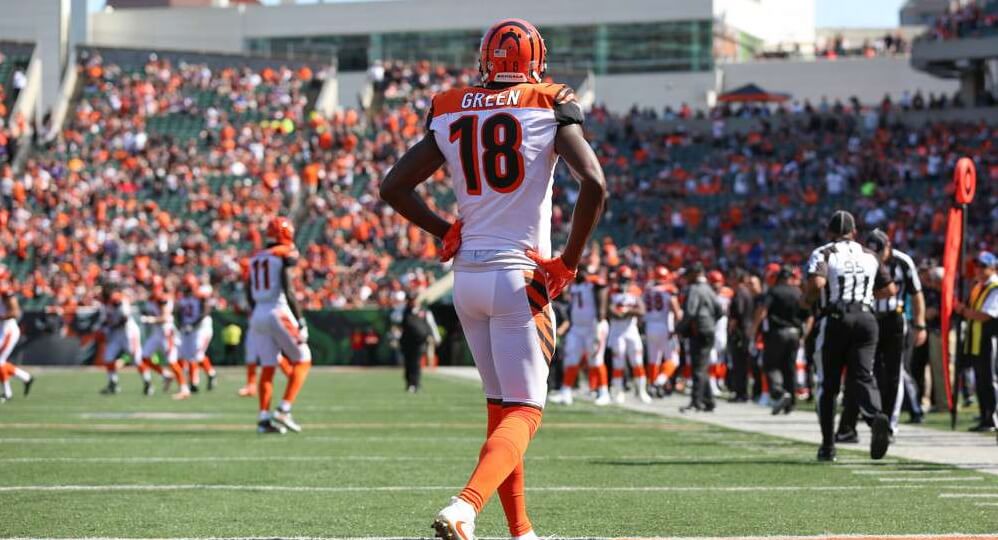 It seems that there is a lot of parity in fantasy football this year. In the three main 12-team leagues I am in, 22 of the 36 teams have a record of either 5-4 or 4-5. I am getting similar feedback from many others whom I have spoken with. With the fantasy football playoffs approaching quickly, Week 10 may very well be a make or break team for many teams. Unfortunately, not all of our proverbial bullets will be in the chamber heading into this pivotal week. A season-high six NFL teams are on bye, and plenty of star players are going to be out of commission. Before I unveil my initial Week 10 rankings, let’s take a look at some of the minefields we will have to navigate this week. And, as is always the case, please check for updates to these rankings throughout the week.

For help getting ready for NFL Week 10, check out our Waiver Wire Recommendations and  FAAB Guide.

At quarterback, four of the top 12 year-to-date point leaders will be unavailable. The big fish is Deshaun Watson, who is second overall and third in points per game. His production will not be easy to replace, but there are several viable streaming options. Tom Brady and Carson Wentz are also off, as is Gardner Minshew. The feelgood story of the mustachioed rookie looks like it has come to an end, at least for 2019. Head coach Doug Marrone announced that Nick Foles will regain the Jaguars’ starting job. Owners can safely drop Minshew in redraft leagues. The good news on the quarterback front is that Patrick Mahomes will likely return this week. He will face a difficult test on the road against the Tennessee Titans, but I cannot envision a scenario in which you are benching last year’s MVP. Mahomes is currently my overall QB3 for Week 10.

I am very interested to see how a few of last week’s most prolific fantasy running backs pan out this week and moving forward. Kenyan Drake, Devin Singletary, and Damien Williams all finished as top eight options and eclipsed 20 points in Week 9. Before last week, none of the three had recorded a 20-point effort. I warned last week that Damien Williams should be in line for more work after LeSean McCoy lost a fumble and was benched the week prior. Fantasy owners should ride the wave and start Williams if you have him, particularly with Mahomes likely back in action. I whiffed on Singletary last week and thought Frank Gore would dominate Washington. Instead, it was the rookie, who had 140 yards from scrimmage. Gore’s presence makes me a little nervous about going all-in on Singletary, but I think he is a viable Flex.

As for Drake, his situation is the trickiest to forecast. He was thrust into action just days after being traded to the Cardinals because Arizona was decimated by injuries at the position. To Drake’s credit, he crushed in what was an extremely difficult matchup against the 49ers. He gashed San Francisco for 162 total yards, more than double his previous season-high. As of now, Johnson should be able to return in Week 10. Edmonds looks unlikely to suit up against Tampa Bay. Drake will probably get about 10 total touches, but the Buccaneers are second-best in the NFL in limiting fantasy production to running backs. Right now Drake is the RB31 in my Week 10 rankings in standard formats. He could be a viable Flex depending on your other options, but I would not perform any lineup gymnastics to wedge him into lineups.

Games to Exploit and Green’s Return

Three of the top eight wide receivers are off this week, but there is still plenty of star power to be had. Two matchups, in particular, will feature plenty of scoring, especially at the wide receiver position. New Orleans hosts the Atlanta Falcons and Arizona faces off with Tampa Bay in two games that feature elite receivers. Michael Thomas, Mike Evans, Chris Godwin, and Julio Jones are all WR1s. Evans and Jones will have the most difficult individual matchups, but they should still produce. Calvin Ridley, Christian Kirk, and Larry Fitzgerald are also receivers to target this week. If you are in a pinch or looking for a punt play in DFS, I would also consider Ted Ginn. The veteran could be a sneaky Week 10 option against an Atlanta secondary that cannot get out of its own way.

In other wide receiver news, A.J. Green is expected to make his long-awaited 2019 debut this week. The circumstances surrounding Green’s return are not ideal. Head coach Zac Taylor benched longtime quarterback Andy Dalton in favor of rookie Ryan Finley. I cannot imagine Finley and Green having much of a rapport considering that Green was injured on the first day of training camp. He also faces a difficult test against the Baltimore Ravens and cornerbacks Marcus Peters and Jimmy Smith. Still, if you have held onto Green for two months, you are probably starting him regardless of matchup. Mohamed Sanu and Julian Edelman each had 10 grabs against Baltimore last week. That was in part due to playing in catchup mode, but there is no reason not to expect a similar game script in this matchup. Green checks in as a WR3 in my Week 10 rankings.

Got a beef with Mick’s Week 10 Rankings? Let him hear it in the comments below!