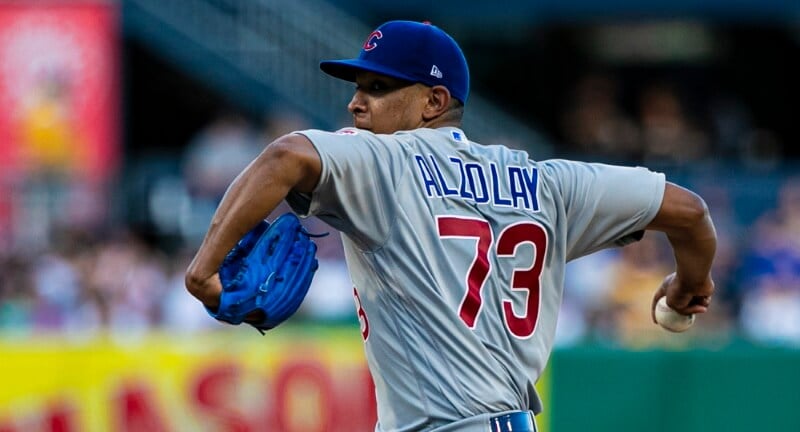 Welcome to the next edition of our two-start pitchers for the week of 6/7/2021.  Last week gave us a plethora of options; this week is showing us some slim pickings in the two-start categories See below as you examine your options for the coming week.

Two-Start Pitchers for Week of June 7

These top-shelf guys are the best two-start options this week, and there are precious few.  Take a look below.  Egads!  Tough sledding this week.

Shane Bieber @ St. Louis, vs. Seattle: Bieber is in the class now where when he starts, no matter who against, you start him.  Go for it. This is the kind of two-start option you wish you had every week.

Pablo Lopez @ Boston, vs. Atlanta: Lopez has had two bad starts all year where he surrendered six runs in each, one in April and one in May. However, in his other 10 starts, he has allowed two or fewer runs.  The only blemish in an otherwise breakout season is the fact that he has only one win. Start with confidence.

Robbie Ray @ Chicago White Sox, @ Boston: Oh, the oft-maligned Ray has been excellent this year: 3-2, 3.57 ERA, and perhaps most importantly for Ray, a 1.14 WHIP. He’s limited the walks while adding 69 strikeouts in 58 innings. Get this: in the month of May, 40 KS, three walks. Ride him while he is hot, despite two potentially tough offenses this week.

Alex Wood @ Texas, @ Washington:  The last couple of starts have not been stellar for Wood, including the last, where he surrendered seven earned against the Los Angeles Angels. The start before that, he gave up four earned runs on three home runs. He’s questionable for me this week, and I probably would use him. Ye his track record shows us that he’s good and capable of bouncing back quickly.

Framber Valdez @ Boston, @ Minnesota:  Guess who’s back?  Framber’s back! Sign me up.  Ten strikeouts in his last start, just his second start since coming off the IL from his finger injury. Use him.

Dylan Cease vs. Toronto, @ Detroit:  This may be because I watch his every start being a Sox fan, but is there a pitcher harder to own than Cease? He’s 3-2 with a 3.79 ERA with 68 Ks in 54.2 innings.  Two of his last three starts have been painful for him and those who roster him. What will he do this week?  We don’t know.  I would likely start him if I didn’t have a better option on my bench, but that start against Toronto sickens my stomach. I own him and don’t know what to do with him.  I will probably run him out there.

Nick Pivetta vs. Miami, vs. Toronto:  He’s 6-1 and has been really good all year. The strikeouts really help: 68 in 59.2 innings. The end of May was not good (a 4.82 ERA based on two poor starts at the end of the month) and he’s been throwing lots of pitches early in games, which could limit his innings pitched when he struggles. Buyer beware.  I might stash him this week.

Here are some middle-shelf options for you to consider this week in the world of two-start options.  You will have to decide how and when to deploy these options.

Tony Gonsolin @ Pittsburgh, vs. Texas:  There is lots of hype around Gonsolin coming off the IL; he looks to be walking back into a rotation job in LA. Injuries have been his bugaboo, but when available over the last two seasons, he has been very good: 6-4,  a 2.60 ERA, and a .92 WHIP, and 83 Ks in 86 innings.  While these matchups are good, you have to wonder how long he will go.

Adbert Alzolay @ San Diego, vs. St. Louis: Alzolay is a quiet 4-4 with nice peripherals: 58 Ks in 54.2 innings, a .91 WHIP, and 3.62 ERA. In my opinion, he has become the Cubs’ best starter, and even though these matchups may scare you a bit, I would use him. A sneaky good two-start option.  If he is on your waiver wire, grab him.

Sonny Gray vs. Milwaukee, vs. Colorado:  I drafted Sonny Gray as my number two starter in several leagues and have been disappointed. He’s 1-4 with a 3.64 ERA and nice strikeout numbers, with 60 in 47 innings.  Walks and home runs have been his issue thus far, but the numbers are decent around that, except for wins.  I will be starting him but can understand if you take pause with him this week.

Kris Bubic @ Los Angeles Angels, @ Oakland:  Bubic has been very good for the Royal and may be on your waiver wire. He was shaky in his first June start giving up three earned in 4.1 innings while adding in six strikeouts.  But he has the job and you could do worse.  Don’t expect high K totals but he should be able to give you some innings and help control ratios.

Martin Perez vs. Houston, vs. Toronto: I am not a huge fan but he’s put up good numbers this year with a 4-2 record and 3.09 ERA.  Keep in mind, though, that the xERA is a more league average 4.39. That is still very usable, but don’t let his current numbers trick you into thinking he is an ace.  Add in the fact that he has two tough matchups this week, and he may be best suited to your bench this week.  How lucky do you feel?

Elieser Hernandez vs. Colorado, vs. Atlanta:  Hernandez looked good in his return but strained his quad running the bases (can you say universal DH?) and went back to the 10-day IL this weekend. NOTE:  it appears that Daniel Castano will get the two starts this week for Hernandez.  Pass.

These are not the worst options but definitely qualify as lower-shelf choices for two-start pitchers this week.

Tyler Anderson vs. Los Angeles Dodgers, @ Milwaukee: Serviceable at 3-5 with a 4.67 ERA, and a surprising 59 Ks in 61 innings.  But these matchups are awful for him this week, and he should be benched, as these look like shellackings waiting to happen. NOTE: as of press time, there was uncertainty as to whether Anderson would get these two starts; it could also line up to be JT Brubaker. Brubaker has been on Covid-19 protocols as he returns from bereavement leave.  Stay tuned. If it’s Brubaker, use him.

Matthew Boyd vs. Seattle, vs. Chicago White Sox: After a good April, Boyd had a rough May: 0-3, 5.32 ERA, 1.45 WHIP.  There’s always the feeling with him that he should be something more than he is, but his lack of consistency could make or break your week.  I would pass.

Randy Dobnak:  Who doesn’t want to love Dobnak? But you can’t love him on your roster right now.  He’s got a bloated 6.19 ERA and an xWOBA of .379. Let him work out the kinks on someone else’s roster or on the waiver wire.  Pass.

Jon Lester @ Tampa Bay, vs. San Francisco: Look, you can use him if you want to, but have a robust understanding of what he is now, with the recognition that the Jon Lester of old is not coming back. He’s 0-2 with a 4.27 ERA, a 1.43 WHIP and 25 Ks in 35 innings.  While he limits damage much of the time, and clearly knows how to pitch, he just doesn’t offer you enough, and there is far too many ways this can all go wrong.  Pass on him.

Under no circumstances would I recommend anyone on this list as a two-start option. Maybe CMart?  Don’t let him suck you back in, friends…

Drew Smyly @ Philadelphia, @ Miami: Can’t recommend a guy with an ERA of almost 6 and a 49.7 hard-hit percentage. Pass.  Disappointing for many who saw upside here this season. You can’s use him right now.

Antonia Senzatela @ Miami, @ Cincinnati: While he has pitched better of late, the middling strikeout numbers and giving up lots of hits make him unrosterable at this time.

Ervin Santana @ Los Angeles Angels, @ Oakland: It’s not 2015 and Santana should not be on your roster.  He’s eating innings in Kansa City; those innings will likely leave you with indigestion and you should stay far, far away.

Carlos Martinez vs. Cleveland, @ Chicago Cubs: CMart is maddening to own right now and I cannot recommend him.  What happened the last start was the very definition of a shellacking and if you used him, his .2 innings may have sunk your week.  Don’t repeat that mistake this week. How the once might have fallen to this low.

Jon Duplantier @ Oakland, vs. Los Angeles Angels:  A nice prospect for Arizona, but wait to see how he does before deploying him.

For more help on the pitching front, check out Mendy’s Pitching Streamers for the coming week.