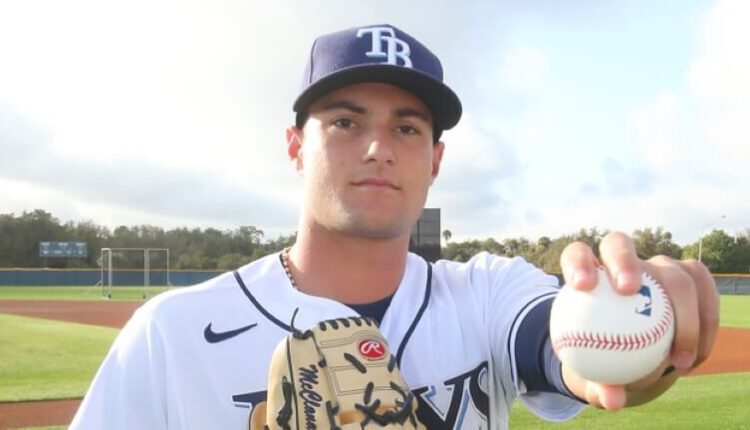 The calendar has flipped to June and Baseball Season is in full force! Can you believe we are less than two weeks away from what the short sample size was in 2020? It can put in perspective the hitters like Juan Soto, Charlie Blackmon, and others who had been underwhelming until their recent hot stretches. A reminder to believe in the player and believe in the underlying numbers.

There’s also a potential turning point happening as we speak. Major League Baseball has begun to crack down on the use of foreign substances used by various pitchers across baseball. The effect here will most likely be spin rates going down for many, which could potentially lead to problems with certain starting pitchers who rely heavily on this. Keep an eye on this story as it further develops. In the meantime, let’s try to be strategic with who we stream in our lineups each and every week!

Home/Road ERA Splits – How a pitcher does at home versus how they do on the road. One example of this is German Marquez and how he pitches on the road compared to at Coors Field.

Tarik Skubal (15% Rostered) Saturday @ CHW  – I have to say I’m shocked at first glance to see Skubal this low-owned before even looking at his numbers and matchup. After an 0-4 April with a 6.14 ERA, Skubal really started finding his groove in May, going 2-3 with a 3.33 ERA. Better is that the strikeouts more than doubled with just 5 more innings pitched. A big attribute to that was the incorporation of his new changeup.

The White Sox are striking out nearly 26% as a team with a .236 avg against LHP since mid-May. They also have struggled against the changeup, which Skubal has been incorporating more and more in recent starts. Look for him to overcome the powerful Sox in today’s game.

Logan Gilbert (16% Rostered) Sunday @ LAA  – I just did a Youtube video breaking down Logan Gilbert and the growth we’ve seen from him so far in his short career to this point. You can check that out on the Triple Play Fantasy Youtube Channel. Gilbert has gone from 4, to 3, to 2 earned runs in each of his first four starts. Better yet, he’s coming off of his best start, having gone 6 innings of 2 run ball.

Bring in a bottom-tier Angels offense who has a bottom-10 wRC+ in the last 14 days and a 26% K rate against RHP. Young pitchers like Gilbert can tend to get away with a few more mistakes against teams that haven’t seen him yet and I think Gilbert builds off of his best start from the 2021 campaign.

Wade Miley (36% Rostered) Sunday @ STL  – It disgusts me every time I have to put Wade Miley’s name in an article, on my fantasy roster, or anywhere really. However, he has at times looked like a very decent pitcher this year, as evident by his 3.26 ERA and 1.13 WHIP. His peripherals are not far off his actual numbers either and he’s allowing some of the softest contact in the league.

He’s going against a Cardinals team that since May 21st, is striking out nearly 31 percent of the time against LHP and batting .209 as a team. Call me crazy but I think Miley gets the edge in this start.

Adbert Alzolay (44% Rostered) Monday @ SD – How is A squared still here?? This man NEEDS to be rostered in more than 44% of leagues at this point. I get he’s been mostly a one-pitch pitcher and he’s got a great offense on tap, but you need to Alzo-Play Adbert each every start.

His slider has been exceptional, with a .213 xBA, .351 xSLG, and .265 xwOBA. Hitters are whiffing nearly 35% of the time against it. The Padres are a risky offense to go against, but I don’t think a streaming line of 5 innings with 2 earned runs or less is outside of Alzolay’s wheelhouse in this start.

Shane McClanahan (36% Rostered) Tuesday vs WAS – Going against a Washington team middle of the pack in terms of K% vs LHP at 24.4% and many other offensive categories, the matchup isn’t juicy on paper. However, McClanhan and his 30% K rate intrigue me in this matchup.

One of the best young arms in the game, McClanhan’s biggest problem is his inability to go deep into games. He’s yet to make it 6 innings in 7 starts. However, the peripherals in his profile look great and 5 innings of quality ball with 7 or 8 K’s is very possible in this start. Start with confidence.

Griffin Canning (16% Rostered) Wednesday vs KC  – While not a sexy pick, Canning can be seen as somewhat a starter that can give you some points in a pinch. He has given up 3 earned runs or less 4 of his last 6 starts and had a 3.60 ERA in May. His fastball and slider have remained very effective this season, and if he has both those working well, it can be a long day for the Kansas City Royals offense.

Canning is facing a Royals team that has a middle-of-the-pack ISO over the last two weeks and can be as streaky as they come. I have a gut feeling Canning comes through here.

Excel-ing at Fantasy Baseball: PART 5 – The Joy of Duplicates

Fantasy Baseball Waiver Wire: Schoop, There It Is