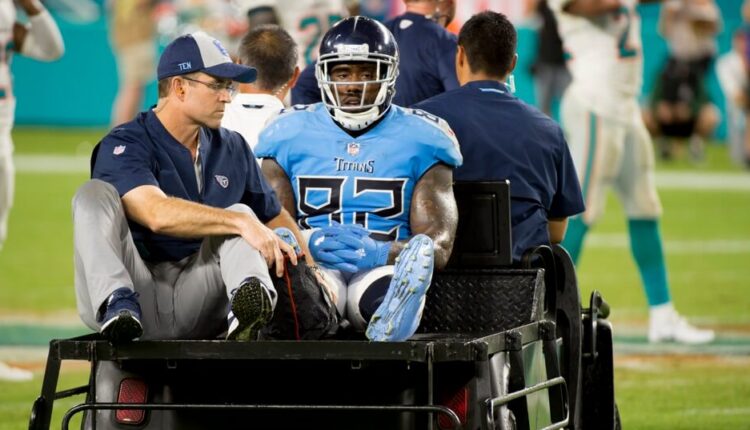 Gary Davenport sorts through the wreckage of 2018 to try and identify the top tight end sleepers of 2019.

This should come as news to just about no one, but the tight end position was a fantasy dumpster fire in 2018.

Yes, Travis Kelce of the Chiefs posted a third straight TE1 finish in PPR scoring systems. Philly’s Zach Ertz set an NFL record with 116 receptions. And George Kittle of the 49ers broke the record for single-season yardage at the position with 1,377. But after that, the position was a hot mess—largely because of injuries that ravaged several veteran options at the position.

As a position, tight ends accounted for the fewest fantasy points last year since 2010. To say that many fantasy owners didn’t take the position-wide faceplant well is an understatement.

That feast-or-famine 2018 campaign has jacked the ADP of those top three tight ends through the roof. Kelce is coming off the board early in Round 2 in most drafts, and Ertz and Kittle are gone more often than not halfway through Round 3.

However, missing out on one of those studs doesn’t have to doom your fantasy squad in 2019. There are a number of aging veteran tight end sleepers with long histories of fantasy relevance whose ADPs have plummeted after they got hurt last year. They are being selected in the later rounds of fantasy drafts–outside weekly starter territory.

If these veteran tight ends can’t stay healthy and it’s the end of the line—no biggie. There’s never been a fantasy team done in by an 11th-round pick that didn’t pan out. But if they can recapture some of their past glories and function as a viable fantasy starter in 2019, these tight ends would provide outstanding value to the prescient owners who draft them.

And value is what wins fantasy championships.

As recently as 2017, Walker was targeted 111 times, caught 74 passes, topped 800 receiving yards and finished the season as the fourth-ranked PPR tight end. But the 34-year-old’s 2018 season ended almost before it started, thanks to a broken ankle. Walker told Jim Wyatt of the Nashville Tennessean that he’s well aware there are those who think his best days are well behind him.

“This is going to be my motivation year,” Walker said. “I always say that I am motivated every year, but coming off an injury like that and then me being 35 (in August) going into next season, I’ll be extra motivated. I feel like this is the year I need to show everyone I came back from an injury, I’m 35, and I am still the best tight end in the NFL. My mindset is just to have a great year and stay focused, and make sure I am 100 percent when I step on that field. At the end of the day I know the way my treatment is going, and my rehab. I know I am going to be good, and I want to be even better than I was every other year.”

Walker’s admittedly no spring chicken, and the team held him out of minicamp in an effort to play it safe with his rehab. But Walker was also a top-10 fantasy option four years running from 2014 to 2017—including three straight years with triple-digit targets and top-five fantasy numbers from 2015 to 2017. Marcus Mariota’s never been even a little shy about throwing to a healthy Walker, and even with an improved receiving corps If Walker’s on the field he’ll get his in 2019. He may have been written off, but that’s exactly what makes him a nice tight end sleeper for the coming season.

After spending several seasons as the de-facto No. 1 receiver for the Panthers and one of the most reliable tight ends in the game, Olsen has missed 16 games over the last two years to foot injuries. At 34, Olsen is also now the oldest player on the Panthers roster. But as he told Max Henson of the team’s website, Olsen isn’t ready for the glue factory just yet.

“It’s been tough. It’s been a bad two seasons. That’s the reality of it,” said Olsen. “I know what I can do, I just have to stay on the field. Hopefully, this little bone in my foot doesn’t keep breaking. I feel ready to rock. I haven’t taken as many snaps over the last two years as I had prior, so maybe that’ll give me a little more juice at this part of my career. I still enjoy it. I still enjoy the offseason workouts, enjoy the weight room and conditioning and running. That still is fun to me. I want to go out on my terms, and feel satisfied with my ending.”

That Olsen’s recurring foot issues are a legitimate problem rather goes without saying. But in Olsen’s last healthy season (2016) he posted 80 catches for 1,073 yards, finishing as the third-ranked PPR tight end. It was the third straight season Olsen hit 1,000 yards and finished inside the top five in fantasy points. Even if you think those heights are no longer attainable for the 12-year veteran, consider this—per Graham Barfield of NFL Media, in Olsen’s last 12 healthy games he averaged 11.3 PPR fantasy points per game. That production would have ranked Olsen seventh at the position in 2018.

No article on veteran tight ends returning from injury would be complete without Reed, who is seemingly always returning from injury. Since posting an 87/952/11 stat line that slotted Reed as the No. 1 tight end in the NFC back in 2015, it’s been one injury after another. A shoulder injury and concussion in 2016. A bum hamstring that wiped out most of his 2017 campaign. And a toe injury a year ago.

“The same injuries that slowed Reed’s ascent during his early years have really taken a toll on his potential since those remarkable first four seasons,” Chicester said. “Since the start of the 2017 campaign, Reed has managed all of 746 offensive snaps (12 tight ends played more snaps than that in 2018 alone) in 19 games, and he’s stumbled to single-season receiving grades of just 64.8 and 75.5 — a stark departure from his early-career numbers. Since 2017, Reed’s averaged just 1.60 yards per route run, only 4.0 yards after the catch per reception, and he’s forced just eight missed tackles on 80 receptions. Washington needs the Reed it had back in 2015, the same player who flashed superstar levels of play. Just like the Kelces and the Kittles in the NFL, Reed, when healthy, is adept at making people miss and racking up the yards after the catch, and at his best, he can turn short passes into significant chunks — something that this offense badly needs.”

Now, is there any guarantee that Reed can recapture his Pro Bowl form? No. There’s also no assurance that Case Keenum and/or Dwayne Haskins will target the 28-year-old consistently. But those possibilities alone are worth a late flier over low-upside options like Miami’s Mike Gesicki and Baltimore’s Mark Andrews.

Think Gary is on target with his tight end sleepers for 2019? If so you should check out his full archive for more great rankings and analysis.