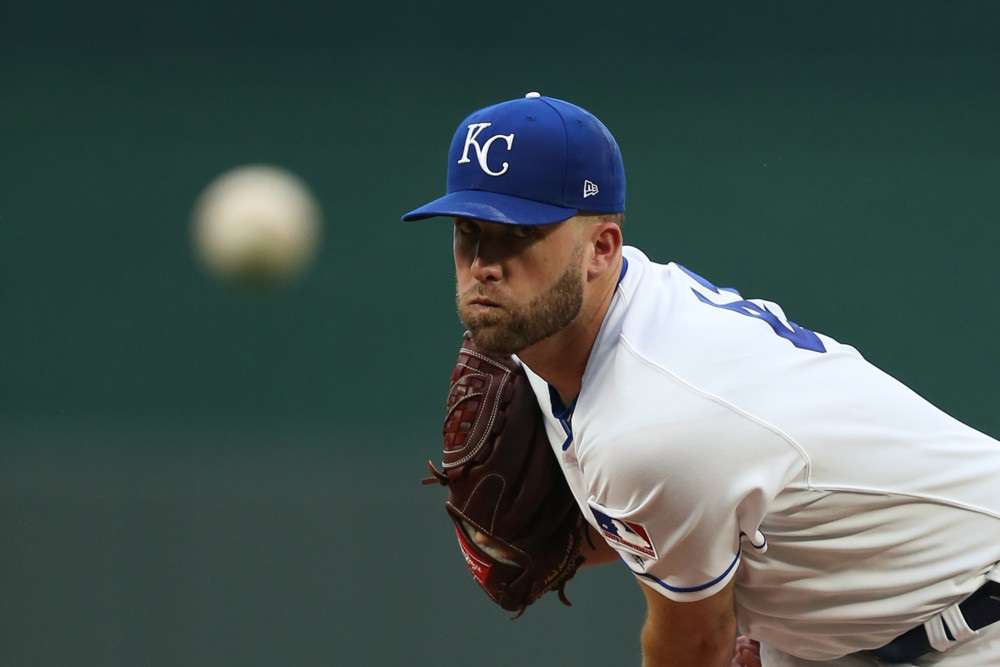 Starting pitching can be hard to find in deeper leagues. There are names on the waiver wire that you typically don’t feel comfortable picking up and starting. It is vital to stay up to date and know which pitchers have been performing well as of late and if they made any changes to lead to any upticks in performance. It can be hard to stay fully up to date, especially on the deeper league targets, who you do not see many people talking up on Twitter or on podcast, etc. Don’t worry, I got you covered with some pitching streamers in these deeper formats!

Jordan Yamamoto made his debut for the Marlins on Wednesday and was impressive going seven shutout innings with five strikeouts against the Cardinals. He sat at 92 MPH and maxed out at 94.4 MPH while throwing six pitches, according to Brooks Baseball. Yamamoto pitched to a 3.58 ERA with a 3.77 xFIP while averaging 8.82 K/9 this season in Double-A. In 2018 he pitched to a sub-three ERA while averaging over a strikeout per inning at three levels in the minors. Yamamoto is widely available and worth taking a flier on in deeper 12-team leagues, and anything deeper for sure, just know that his days in the rotation may be limited until Caleb Smith returns.

Lance Lynn has been pitching well and not getting the credit he deserves. On the year he has a 4.40 ERA, 3.02 FIP and a 3.91 xFIP with a 25.4 percent strikeout rate, his highest in any season with more than 35 innings pitched. However, in his last nine starts he has a 3.39 ERA, 2.60 FIP, 3.42 xFIP and is averaging 10.65 K/9. That is clearly a pitcher that deserves to be owned in fantasy. Especially when you consider that he has gone at least six innings in all nine of those outings and at least seven in four of those nine. You should definitely be adding him in anything deeper than 10 team leagues if he is still out there.

Merrill Kelly is such an interesting story. He never appeared in an MLB game, went to Korea and came back to the USA with a big league deal from the DBacks. Heading into this year, I speculated that many would call him this year’s Miles Mikolas, since they have similar back-stories. He has not pitched as well as Mikolas, but that doesn’t mean he shouldn’t be on your radar. This season he has a 3.73 ERA with a 4.68 xFIP, but he’s been pitching better as of late. In his last three outings, he has a 0.81 ERA, with a 2.97 FIP and a 3.70 xFIP and has gone at least seven innings in each. He’s been fortunate with a .175 BABIP and 100 percent strand rate in this span, but the strikeouts are up a bit at 7.25 K/9. During this stretch, he has reduced the usage of his four-seam fastball to just 27.99 percent, while increasing the use of his cutter to 27.65 percent and his curve 25.6 percent. The adjustments have worked for Kelly. Even as he regresses, if he can pitch to that 3.70 xFIP the rest of the way, he would be an above-average league starter. He is definitely one of the pitching streamers to monitor based on matchups in deeper formats!

Shaun Anderson has pitched to a 3.97 ERA with a 4.35 FIP and 4.24 xFIP so far this season. However, after averaging over a strikeout per inning in Triple-A this season, he is only getting 5.82 K/9 at the big league level. What has translated from the minors is his ability to get groundballs at a high rate, sporting a 50.9 percent groundball rate. He has taken some strides as of late, pitching at least six innings in his last three outings. In that stretch he has a 3.32 ERA and a 4.20 xFIP, which you may not think is great, but it is actually better than the league average xFIP for starting pitchers, which is 4.36. Still, Anderson does not give you a ton of strikeouts. He’s oddly been better on the road, but where he should be best utilized in as a streaming option in deeper leagues. Those in anything 14-teams or deeper should continue to monitor Anderson going forward. If he could increase the strikeouts, he could become a viable fantasy option.

Danny Duffy is a league-average pitcher at this point in his career and that is fine. He has a 4.38 ERA, while the league average is 4.37, so yeah, he is exactly league average. His 4.91 xFIP is higher than you would want, but he has gone fewer than five innings in just one of his nine starts. He’s allowed more than three earned runs in three of his nine starts this year and has allowed more than four just once and that was in Texas, which is a very tough place to pitch. He is not going to blow you away, but if you are in a deeper league and looking for a pitcher to stream, you can do worse than Danny Duffy.

Daniel Norris has pitched to a 5.03 ERA in his last seven starts, but it is not as bad as it seems. In four of those starts, he allowed two earned runs. That ERA is so high because he allowed five runs in Atlanta and six against the A’s. There will be the risk of a blowup, but he does have 33 strikeouts to nine walks in that span. He is not great by any stretch, but he has pitched well enough over the last month to be considered a streaming option in 15-team leagues.

What to Do with Your Struggling Pirates?

Joe Musgrove was pitching well on Wednesday before getting clobbered in the fifth inning against the Braves. He saw his ERA climb to 4.87, while his FIP sits at 3.79 and his xFIP at 4.70. The FIP shows us that Musgrove has been unlucky, evident by his very low 58.4 percent strand rate. However, his 8.3 percent HR/FB rate is by far a career-low, and while he gets a lot of grounders (44.2 percent), that rate is on par with his career norm. In today’s day-and-age, I expect that HR/FB rate to climb, which could lead to him pitching to that xFIP. What’s even worse is Musgrove’s velocity is down nearly two MPH on the fastball and over a MPH on his secondary pitches, compared to 2018. He had a slight gain in June, but is still averaging less than 93 MPH this month, when he sat at 94 MPH last year. Due to that, he is missing fewer bats than ever, as his 18.8 percent strikeout rate is a career low. It has been a rough go this year for Joe Bustgrove. In deeper leagues, I would not be cutting him for anyone, but I would for Lance Lynn for sure. In shallower leagues you can cut bait with him.

Mitch Keller has had an awful start to his big league career. The Pirates top prospect has given 12 earned runs in his first seven big league innings. Keller should get another go as the Pirates are dealing with a lot of injuries in their rotation, but if he has another stinker you have to imagine he gets sent down. That is also the concern once they get Trevor Williams, Jordan Lyles and Jameson Taillon back. However, there is no way fantasy owners can start him in any leagues with confidence, but I am okay with holding him on your bench a little longer to see if he can right the ship and live up to his potential.

If you’re onboard with Michael’s pitching streamers then check out his full archive for more great analysis.