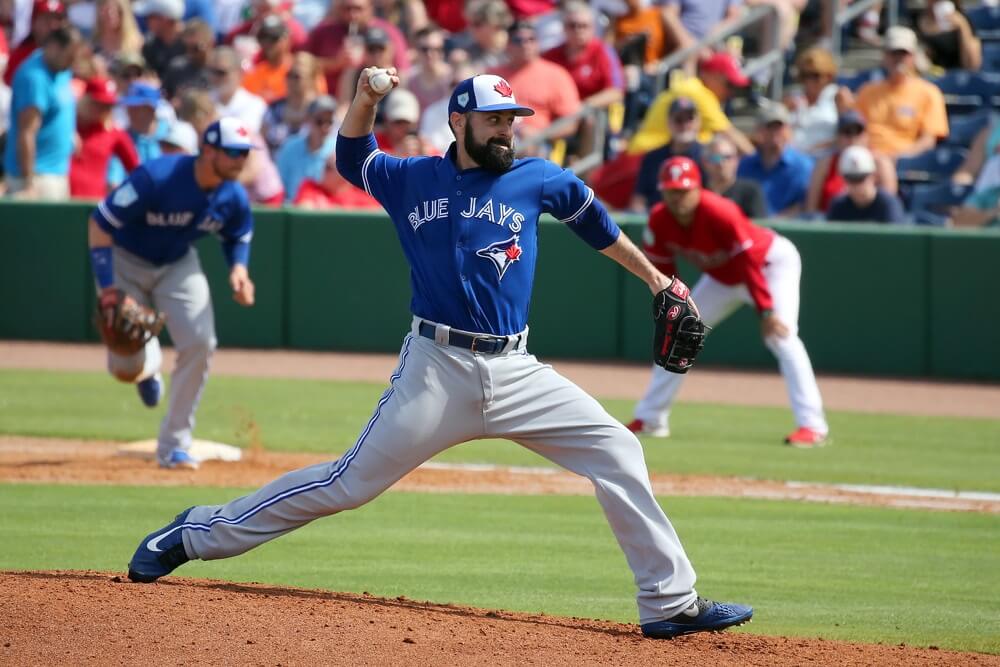 Just like Game of Thrones, Drake, and the countless superhero movies that come out weekly, swinging strikes are all the rage right now. You cannot go on Twitter (especially if you follow me), or even watch a game without hearing them being discussed. But, have you ever wondered why they are so talked about?

The number one job of a pitcher is to get batters out and keep runs off the board, correct? Well, the easiest way to do that is by preventing contact from being made. Once contact is made, things get murky. You got to hope it is not a well-struck ball, and even if it isn’t, you got to hope that it does not trickle into the outfield or bloop in some gap. Hard contact is the worst possible outcome for a pitcher, but there are still so many variables once a ball is hit into play. It could be well struck just right at a defender. Really, once a batter makes contact, the results are out of the pitcher’s hands.

Now, I do not buy into the fact that pitchers have no control over the type of contact they allow. Of course, no pitcher wants to allow hard contact, but it comes down to movement on pitches and execution. However, in baseball, both real and fantasy, the fewer variables the better. The more a pitcher can limit variables the better and more consistent the results become. Additionally, swinging strikes lead to more strikeouts, which is a huge factor in fantasy baseball.

We are still very early in the season, but I wanted to highlight some pitchers that have stood out in this super important category. I also want to highlight teams that offensively have struggled and frequently swing and miss, to help get a better idea on teams that can be streamed against in Fantasy Baseball.

Domingo German currently leads the MLB with a 20.3 percent swinging strike rate. We know he has great swing and miss stuff and that was evident in his first start as he had 16 swinging strikes on just 79 pitches. He had seven on his curveball alone and six on his fastball. It is huge that he has two pitches able to garner swings and misses. He needs to work on the command, as he issued five walks in his first start, which would then also allow him to go deeper into games. However, German is one of the most intriguing young arms in baseball. He doesn’t get the national hype, but he should be on your radar. He is owned in 57 percent of Fantrax leagues and that number should be higher. Go check your waiver wire!

Michael Pineda was a forgotten man coming into this season, but he is slowly reminding people who he is. After one start he has a 17.5 percent swinging strike rate. In his first start since 2017 Pineda was only asked to go four innings, but did strike out five. His velo was down from previous seasons, but it is fair to imagine he is easing back into things. He had seven swinging strikes, with four coming via his slider. He’s owned in 67 percent of Fantrax leagues, which sounds about right. However, for those in 12-team leagues go check the waiver wire. If he is out there I recommend stashing him, as I am doing so in a number of leagues.

Matt Shoemaker entered his start on Wednesday with a 17.2 percent swinging strike rate, which was good enough for the fifth highest in the MLB. In his first outing against the Tigers he had seven strikeouts in seven innings, on 15 swinging strikes. He had eight alone on that dangerous split-finger. He pitched well yesterday against the Orioles, striking out 8 in 7 shut out innings with 18 (!) swinging strikes. He had 10 alone on that split, which he threw 42 percent of the time (I would add in the heart eyes emoji if I could right now). Additionally, his velocity was up an MPH from Opening Day, which puts him back where he has consistently sat for years. I fully understand that it has been against two weak lineups, but I have long been a sucker for Shoemaker and that split-finger. When he is healthy and on his game he can generate a lot of swinging strikes, due to that elite pitch. He is owned in just 59 percent of Fantrax leagues. If he is available in your league, I would look to take a cheap add on him. He could be had likely for a buck or two right now, but you can go to three-five percent if you want to ensure you get him.

Jon Gray has a 16.9 percent swinging strike rate after one outing. I understand it is a small sample size, but there was reason to feel good after this outing. First, not only did he have 12 swinging strikes, but he had velocity that we haven’t seen in some time. He averaged 96.2 MPH with the fastball, which we hadn’t seen him do since June of last year. Remember, Gray said he lost weight last season due to illness, which cost him velocity. Not only was the velo back, but he had half his swinging strikes on the fastball alone. If you took a shot on Gray in drafts, I am feeling good so far!

These are the teams that offensively have swung and missed the most so far in the 2019 season. Here are the leading teams in swinging strike rate so far:

As you can see, there is a significant drop off after the first five teams. Early in the season you are constantly looking for any edge you can get. Looking to stream a pitcher? Try to pick on some of these free-swinging teams and rack up some strikeouts. Just never stream against the Rockies at home!

I will be checking in on swinging strikes all year long, as they are such an important part of projecting future performances. Make sure to check back all year long!

If you have any questions feel free to hit me up on Twitter, @MichaelFFlorio.