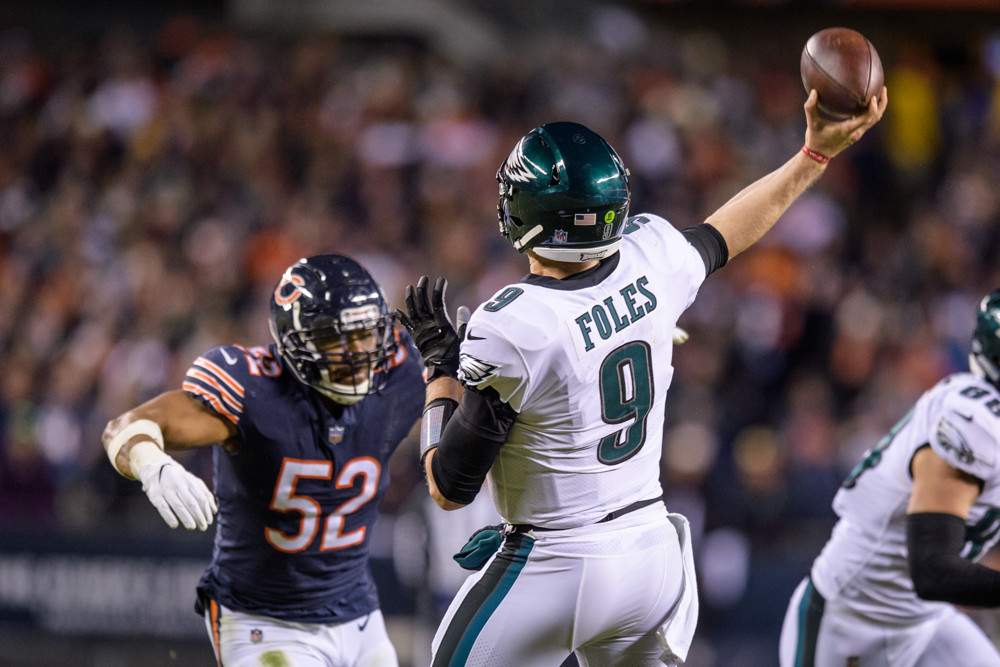 Not every free agent signing will lead to fantasy glory. What seems great in theory, is rarely as great in practice. Fresh starts can be overrated, new offenses can be confusing, and throwing money at a problem isn’t always an automatic fix for a team. This off-season brought the most star studded player movement in recent memory. Sure, every outlook seems sunny now, but it’s my job to rain on these parades…and so I shall!

Feel good stories are great, but I’ve seen many a Cinderella story fall into a big contract, then turn into a Grimm Fairy Tale. No one can take away that magical run or that ring, but to think that Nick Foles can now just walk into a Jaguars offense that ranked 27th in yards per game and turn it around is foolish. Star running back Leonard Fournette is in the dog house with management. T.J. Yeldon was good in spurts, but the jury is still out on him. The receiving corps has no clear #1 talent and their best receiver, Marquis Lee, is coming off ACL surgery.

The optimism on Foles comes from new OC John DeFilippo, who was Foles QB coach in Philadelphia. Familiarity breeds a false sense of security. Foles had one great game taking over for Carson Wentz in 2017, with four TD’s. The other start was trash. In 2018, saving Wentz’s bacon once again, Foles had another four TD game. The other four starts ranged from mediocre to bad. To assume Foles is going to generate enough wind to propel this offense forward is asking a lot. As a QB2 in a Super Flex league, he may have some moments, but he’s never going to be a QB 1, nor will he make more than an occasion “one off DFS play” out of his teammates.

Tate has a history of being a nice possession fantasy wide out. However, replacing Odell Beckham is not in his skill set, nor will the downgrade from Matt Stafford to Eli Manning do any good for his fantasy value. Manning is statute in the pocket and will be flat on his back 40+ times again in 2019. Tate was once a lock for 90 catches, 1K yards, and five TD’s. The only one of those you can count on is the handful of touchdowns. The yardage will be closer to 800 (hopefully) and the receptions in the 75 range. His days as a high end #2 WR are gone. Welcome to New York! Golden’s value is more bronze going forward.

Look, Kyle Shanahan is a great offensive mind. The same excitement last off season surrounding Jerick McKinnon will encompass Tevin Coleman in 2019. Matt Brieda is the #1 heading into camp and McKinnon should be ready for action by the end of preseason. Coleman has basically left one muddy backfield for another, yet there will be fantasy owners with blinders on because of the Shanahan familiarity with Coleman from their Falcon days and his potential role in the offense. Potential is the key word. There’s nothing in stone here, yet his ADP will reflect the assumption of his workload without proof. Not every risk is worth taking.

I love Mark Ingram and I’ve owned many fantasy shares of him over the years, but to be honest, the move to Baltimore has me worried.  Lamar Jackson should make strides in 2019 with a full off season program as the starting QB of the franchise. However, the box will be stacked by most opposing defenses and the Ravens’ run heavy attack runs the risk of being predictable. That could hamper Ingram, unless Jackson shows advancement in his progressions. He also runs the risk of losing some goal line TD’s to Jackson as well based on his athleticism. We’ve all been longing for a true number one back in Baltimore for years. The trouble is, the offense may not be dynamic enough to make Ingram a strong fantasy option.

We can all sit around and listen to the Jon Gruden hype machine this summer on Derek Carr. Yeah, he had two good games down the stretch versus PIT and KC, but then he stunk up the joint against @CIN, DEN and @KC the second time around. Antonio Brown will get the lion’s share of the targets through the air (one hopes) for the Raiders. Although conventional wisdom would dictate that means one on one coverage for Tyrell Williams and big opportunities, you can throw that out of the window. Williams had that same opportunity with Philip Rivers for the last two seasons and averaged 42 catches and 690 yards. Now, factor in the downgrade from Rivers to Carr. See, not so exciting after all.

Yes, they acquired D Michael Bennett from the Eagles, who will help with the pass rush and continue to mold a relatively young defensive unit. However, the delayed retirement of HOF TE Rob Gronkowski really hamstrung the Pats’ front office from a cap standpoint. Gronk hung the cleats up a few weeks too late and the Pats missed on piece like WR John Brown (who could have filled the deep threat void left by Josh Gordon) or the opportunity to fill the gap in the line left by the departing Trent Brown. Alas, the Pats were left holding the bag. Will they find a way to make it work? Of course they will, they’re New England. But still, one can’t help but think how this free agency might have looked different had Gronk sailed off a week after the Super Bowl and the team had millions in cap space to spend at their fingertips.