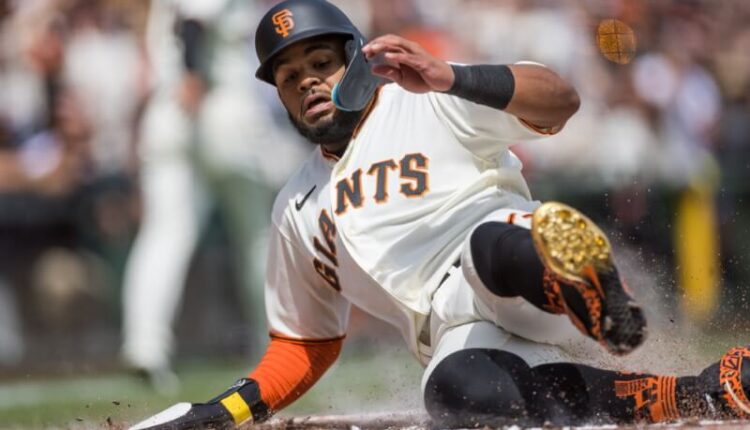 With the addition of the automatic ball-strikes system into the Pacific Coast League, statcast data is accessible through Baseball Savant, though it is a tedious process to get. I have done the work of compiling data from every game played in a stadium with the automatic ball-strikes system to compile a leaderboard. While the statcast data is only available in Triple-A West stadiums plus Charlotte, there are some intriguing prospects to dig deeper on. Having statcast data on these players can help us better evaluate performances, especially those Triple-A players nearly Major League ready. Let’s discuss several of these hitters.

Statcast Standouts from the PCL

Pedro Leon’s 2022 season has been far from impressive from a basic stat line standpoint. He currently has a .219/.351/.406 slash line with two home runs and five stolen bases in 77 plate appearances. Leon has seen his flyball rate skyrocket up to 47.4 percent, up from his 29 percent rate last season. The good news is that Leon continues to show good plate skills and has a walk rate of 11.7 percent, but his strikeout rate is up to 33.8 percent due to swing and miss. This is coming off a season last year where he posted a strikeout rate of over 30 percent.

The biggest issue comes from Leon’s batted ball distribution. He currently has an average launch angle of 22.5 degrees. I mentioned his flyball rate being significantly up from last season. The fly balls lead to many flyouts. His low standard deviation of launch angle shows the consistency of his launch angle distribution, meaning he is hitting too many fly balls consistently. If Leon lowers his launch angle and continues to hit the ball hard, the batting average will naturally trend upward. Leon’s debut is not imminent, thanks to Jeremy Peña and the Astros outfield being full, but if Leon gets on track, he could debut later in 2022.

Heliot Ramos has spent most of the season in Triple-A but got a short stint with the Giants. He got just seven plate appearances with the Major League club, resulting in two hits and a walk. Ramos has not been as good in Triple-A, though the underlying metrics suggest otherwise. Ramos currently has a .222/.354/.352 slash line in 65 plate appearances. It is somewhat surprising that Ramos has such a low slugging percentage, especially given how hard he has hit the ball.

One of the most significant issues for Ramos right now is the opposite of Leon, its ground balls. Ramos has run high ground ball rates in his career but never been over 50 percent for his career. While a small sample, Ramos has a 62.5 percent groundball rate this season. This largely explains his average launch angle of 3.25 degrees.

Ramos has been scoring baseballs, though. In 40 batted ball events, Ramos has an average exit velocity of 94.5 mph, the highest of any player in the PCL with at least 30 batted ball events. Fifty percent of his batted balls have been hard-hit. Ramos’s contact rate in Triple-A has also been the best of his career. His statcast data is off the charts.

The biggest issue is that those hard-hit balls are being drilled into the ground. If Ramos lifts the ball more, you will begin to see more of those batted balls fall for hits and likely extra-base hits. It is too early to be concerned about Ramos, especially given his improved plate discipline and the fact he is hitting the ball so hard.

Miguel Vargas could be a Justin Turner injury away from seeing playing time at the Major League level. Vargas appears the be the Dodgers’ third baseman of the future. Turner does have a club option in 2023, but Turner’s performance could dictate whether the Dodgers decide to keep him for 16 million next season. Vargas is knocking on the door, and even at 22 years old, he could be ready sooner than later.

The overall stat line is unimpressive as Vargas has just .233/.341/.384 slash line with two home runs on the season. In a smaller sample like this, numbers can change quickly. Vargas is just one for his last 16, which dropped his batting average.

Vargas has 51 batted ball events this season, leading to an average exit velocity of 89.4 mph. His max exit velocity is 112.7 mph, fifth-best among PCL hitters. Vargas has an ideal launch angle at 15.9 degrees, though he does have a near 50 percent fly-ball rate. 43.1 percent of Vargas’ batted balls have been hard-hit.

Vargas has still been exhibiting excellent plate discipline. His walk rate of 13.6 percent and his 18.2 percent strikeout rate are both solid, and he is making contact at a near 80 percent clip.

If you are worried about Vargas’s early-season stat line, don’t be. Vargas is doing all the right things and is nearly Major League ready.

Alek Thomas is off to a solid start to the 2022 season. He has a slash line of .268/.338/.479 with two home runs and a stolen base. He is another prospect on the edge of making the Major League roster, and a hot stretch could get him to Arizona soon. Thomas possesses a highly balanced profile of hit, power, and speed.

If Thomas begins to lift the ball more, he could certainly benefit. He has strong home run per fly ball rate numbers throughout his career, and his exit velocities are good. In 60 batted ball events, Thomas has a 90.5 mph average exit velocity and a max of 109.4 mph. The statcast data look good; Thomas needs to lift the ball more. The numbers will likely improve if he does, and we will see him in Arizona sooner than later.

Be sure to head over to the Fantasy Baseball hub at FantraxHQ where we are pumping out multiple articles each day to help you win your leagues.