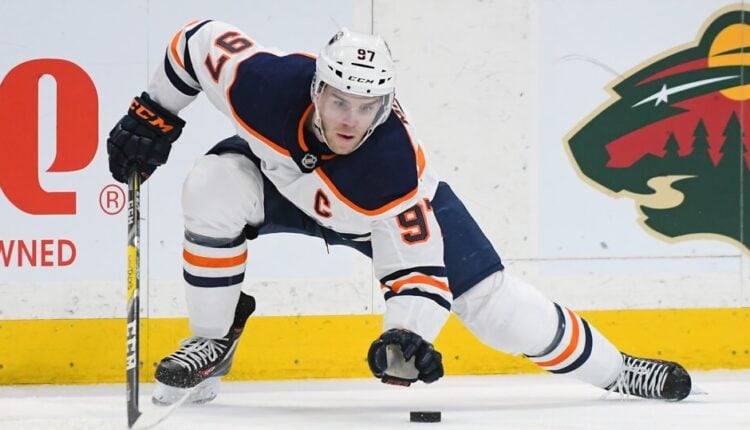 We’ve now had a large enough sample size to get a good feel on how this season is going to go. Some players are having career years, while others haven’t lived up to the hype. It can be difficult to decide how well players will do for the rest of the season. These ROS fantasy hockey ratings are here to help with that.

Connor McDavid remains atop the list as he leads the league in points. Teammate Leon Draisaitl ranks just below him, and Auston Matthews rounds out the top three. Previously Andrei Vasilevskiy and Igor Shesterkin cracked the top five. After unspectacular starts, both have been pushed down. No goaltender has taken the league by storm this season, and it reflects in the rankings.

Perhaps the biggest breakout has been Jason Robertson. In last year’s sophomore season, he racked up 41 goals and 79 points in 74 contests. The talent wasn’t in doubt, but with him missing training camp, and still being relatively unproven, Robertson wasn’t expected to be a top fantasy hockey player. Well, he’s second in points and leads the league in goals. He’s exploded into a top-10 player.

Erik Karlsson was on my bounce-back players list, and he sure did bounce back. His 11 goals and 32 points rank first among defensemen in both categories. He’s fifth in overall scoring too. Karlsson is scoring at a rate better than ever in his career. I don’t expect him to retain this pace, but he’s shown that he’s one of the better fantasy defensemen in the league again.

The Boston Bruins are a surprise as well. They were decimated with injuries to start the year. Normally this would hold a team back, but instead, the Bruins have been the most successful team in the league. Brad Marchand and Charlie McAvoy returned early from their injuries, and are top fantasy assets in their positions. It was initially thought to be a tandem in net, but Linus Ullmark has taken the reins. He has a ridiculous 13-1-0 record and leads all goalies in with both his 2.00 GAA and .935 save percentage.

These fantasy hockey rankings are based on the following categories: Goals, Assists, Plus/Minus, Shots on Goal, Power Play Points, Hits, Wins, Goals Against Average, Save Percentage, and Shutouts.

You can sort through the full 250 players by clicking NEXT or PREVIOUS at the bottom of the table.