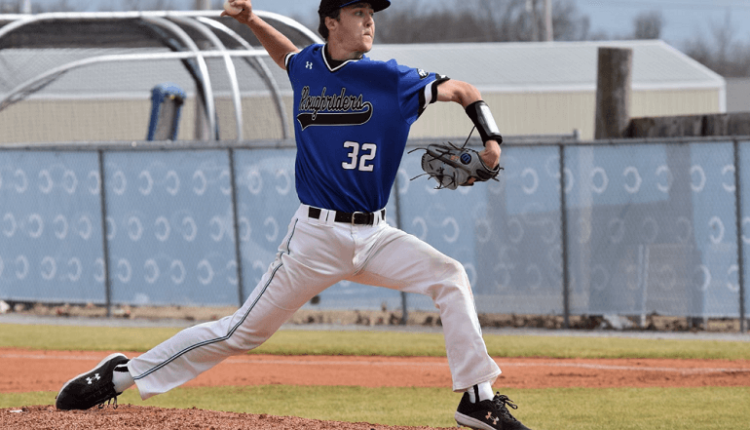 Each year, Eric Cross and I do team top-20s. In those rankings, we included a breakout prospect to target from each team. It is always fun to project which prospects could break out the following season. Getting in on those prospects early could lead to significant success in dynasty leagues.

Last year, 12 of my 30 picks turned out to be major successes. Names I picked included Jackson Chourio, Endy Rodriguez, Ezequiel Tovar, Vaughn Grissom, Vinnie Pasquantino, and Ricky Tiedemann, to name a few. Some busts included Kala’i Rosario, Michael Stefanic, and Cristian Pache. You can find all 30 names in the thread below.

Always fun to look back at calls from last offseason. When @EricCross04 and I did team rankings, we each picked a prospect to target in dynasty. Here's my list:
AL East
BAL: DL Hall
BOS: Nick Yorke 🫤
NYY: Clarke Schmidt
TB: Junior Caminero 👍
TOR: Ricky Tiedemann 🔥
(1/)

This year, Eric and I will write individual articles for breakout prospects from each division. Today we will dive in on the NL Central. You can find other prospect breakout articles here:

Pedro Ramirez could be a sneaky riser in the Cubs system in 2023. The first thing that stands out to me is that he is younger than Cubs’ stud prospect Cristian Hernandez, yet performed better at the same level last year. Ramirez made it Low-A, while Hernandez did not.

Ramirez is a bit smaller, listed at 5’9″/165 pounds, but there is room for growth. The power numbers are not there yet, and neither are his exit velocities, but that is okay. He has a knack for the barrel and makes good contact.

His chase rate was just 26 percent which is better than the league average, especially when you factor in age. He made zone contact at a 90 percent rate. While he is a switch hitter, he is significantly better as a left-handed hitter. It will be interesting to see if this continues. Scoop up Pedro Ramirez while you can.

In research for my Cubs top-20, I really like what I've seen from Pedro Ramirez. Younger than Cristian Hernandez. Slashed .316/.388/.481 with 4 HR/15 SB in 209 PA in complex/A. Smaller frame but has a knack for the barrel with good speed. Switch hitter with good plate discipline. https://t.co/X8CNs2voPP

Chase Petty was originally drafted by the Twins before being involved in the Sonny Gray trade that sent him to Cincinnati. Petty was drafted as an arm with big stuff but questionable command. He put much of that behind him this year as he showed improved command of his pitches and a lower walk rate.

Petty’s strikeout rate is not telling of his talent level, though. His fastball sits in the mid-90s, but he has been up to 100 mph in high school. It is possible he is not throwing as hard in favor of better command. Petty also features an elite slider that sits mid-80s and a changeup that sits around 86.

Petty’s swinging strike rates indicate a pitcher that strikes out closer to 30 percent of hitters. So it will be fun to see what he looks like in 2023.

Jacob Misiorowski was selected 63rd overall in this year’s draft by the Milwaukee Brewers. He was one of the top Juco arms with really good stuff. We only saw him debut for two appearances, but his stuff flashed high-end.

For his secondaries, Misiorowski features a slider and curve that both have elite spin rates as well. His slider sits around 89 mph.

Command will be the biggest question with Misiorowski, but if he can work through that, the stuff is there for a solid starting pitcher. He is an easy buy in FYPDs, plus one that will likely only rise up rankings.

Dariel Lopez has played every infield position in his professional career but focused on second, third, and shortstop last season.

Lopez’s flaw is that he hits the ball on the ground too much, but he did see that drop by over five percentage points. In the process, his line drive rate rose, leading to a higher BABIP and batting average.

There is power in the profile, and Lopez may be a small swing change away from unlocking more.

It feels weird writing up another FYPD player like Misiorowski, especially considering Cooper Hjerpe did not debut last year after being drafted by the Cardinals’ 22nd overall last year. Hjerpe was a dominant college arm out of Oregon State who finished the season with a 2.53 ERA in 103.1 innings. He struck out 161 batters while walking just 23. For those keeping count at home, that is a 39.6 percent strikeout rate and just a 5.6 percent walk rate.

Hjerpe has similarities to Josh Hader and Chris Sale in his delivery with an extremely low arm slot. His fastball can reach 95 mph but plays up thanks to his arm slot and IVB. It plays off his slider extremely well. The slider is a sweeping one that generates a ton of swing and miss. Hjerpe also features a changeup that gets plenty of swings and misses.

Hjerpe throws strikes and misses bats. His profile is very unique. Don’t be surprised if he ends up being the best pitcher in the draft class.

Statistical and Media References: Fangraphs, Oregon State Baseball, Josh Norris
Fantrax was one of the fastest-growing fantasy sites over the last few years, and we’re not stopping now. We are the most customizable, easy-to-use, and feature-rich platform in the industry, offering the greatest fantasy experience for your dynasty, keeper, redraft, and best ball leagues. Fantasy sports doesn’t sleep, and neither does Fantrax, with seasons running 365 days a year. Take your fantasy leagues to the next level now at Fantrax.com!
Share