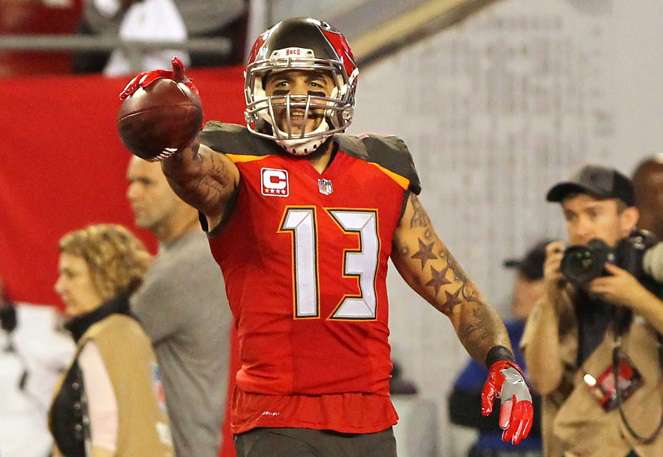 Fantasy Football completely changes the way you view the sport. No longer are you just rooting for one team. If you are like me, you take far less time to appreciate what we have seen in the past season or thinking about where a player ranks historically. Instead, you are consumed with what players bring to the table going forward.

Statistics are great. They help you learn, understand and follow the game of football better. But they are literally the lifeblood of fantasy. The player’s names do not matter. The teams do not matter. Hell, who wins and loses an NFL game does not matter to you anymore! All you care about is those statistics and gaining more than your opponent that week.

This is nothing new to you though, I mean you are clicking on a #FantasyFootball article in early April, so why I am telling you this? Well, it seemed like a good way to introduce you to a new statistical series I am beginning. I will be diving into a variety of statistics and telling you the names that jump out and are bound to regress in 2019. Just like winter in Game of Thrones, regression comes for us all in fantasy football! However, unlike winter in Game of Thrones, regression is not all bad. There will be both positive and negative regression candidates!

Antonio Brown has a new home in Oakland, which just further stacks the odds against him duplicating his 15 receiving touchdowns from 2018. First of all, his 15 receiving touchdowns led the NFL in 2018. The last time a player led the NFL in receiving touchdowns in back-to-back seasons was Larry Fitzgerald who finished in a tie for most receiving TDs in both 2008 (with 12) and 2009 (13). Additionally, this is the most touchdowns Brown has ever scored in his career. Prior to this the most he had ever scored was the 13 he had in 2014. According to Next Gen Stats, AB had 16 end zone targets, which was the third most in the NFL. To put things into perspective, Jared Cook led the Raiders last year with six. Additionally, since Derek Carr took over in 2014, no Raiders player has posted double-digit receiving touchdowns in a season. The most was nine by Michael Crabtree in 2015. Crabtree also had eight in 2016 and 2017. Amari Cooper had seven in 2017, which is the most by a Raiders player not named Michael Crabtree.

Everything is pointing against Brown duplicating this number in 2019. Brown is still very talented and I expect him to go in the late second round or early third round. However, I would bank more on say nine, maybe 10 touchdowns, rather than expecting him to match or even approach last year’s 15. Expecting him to once again lead the league, which we haven’t seen done in 10 years… Expecting him to destroy the record for most touchdowns by a receiver from Carr… And expecting him to once again match the most he has ever had in his Hall of Fame career… Well, they are all just fool’s gold. Expect 8-10 touchdowns on draft day and you will be a lot happier this season.

Ebron scored 13 receiving touchdowns and 14 total – can’t forget his rushing TD (he also would have had a passing one if he didn’t overthrow Andrew Luck), but you should not pay up for that career year. His 13 touchdowns not only led the tight end position, but Travis Kelce (10) and Zach Ertz (8) were the only other tight ends with more than six touchdowns. Ebron was one of four tight ends to average over 13 PPR fantasy PPG in 2018. Yet, look at basically any other metric and you can see that one of these is not like the other. Ebron had 66 receptions, the other three all had 88 or more (both Kelce and Ertz topped 100). All three of the others topped 1,100 receiving yards, yet Ebron had just 750 yards. He is not in the same discussion with the other three, yet because of the high touchdown totals, he will be drafted as the fourth tight end off the board. For him to live up to that he will need to duplicate the touchdown total from 2018. That total was more than the 11 receiving touchdowns he had in four seasons with the Lions. Ebron led the Colts with 14 end zone targets, according to Next Gen Stats. T.Y. Hilton had seven and everyone else had five or less. Now the Colts will have Devin Funchess on board, who is nothing special in my opinion, but will be used in the red zone this season.

I expect Ebron to go off the board as the fourth tight end in 2019 drafts, but to live up to that he needs to match a career season. I would expect his touchdown total to slide into the 7-10 range, especially since Jack Doyle is still there, and we always saw Ebron’s snap count take a hit when both were active last year. I will not be banking on history repeating itself. Ebron was awesome for me in 2019, but this year I expect touchdown regression and will target some of the young talent at the tight end position and let someone else chase last year’s touchdowns.