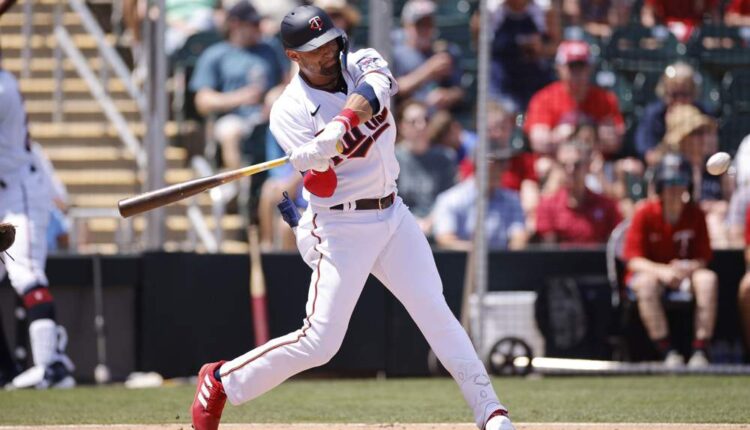 The first month and a half of the Major League season has been incredibly exciting when it comes to young talent and prospect promotions. We’ve seen countless top prospects graduate from prospect status already, headlined by Bobby Witt Jr, Julio Rodriguez, and Spencer Torkelson. And lately, we’ve had big names like Nolan Gorman, George Kirby, and Adley Rutschman get the call. So, with all these big names now helping their respective Major League teams, let’s take a look at who are the new best prospects to stash for redraft leagues.

The below list combines potential fantasy impact with proximity and opportunity to play regularly.

Royce Lewis shouldn’t be on this list. Even after Carlos Correa returned from the IL, Lewis’ performance and defensive versatility should’ve allowed him to remain in Minnesota over Jose Miranda who has struggled at the Major League Level. Lewis racked up 12 hits and a pair of home runs in his 11 game stint with Minnesota while only striking out five times in 40 plate appearances. Since returning to Triple-A last week, Lewis has gone 6/16 with a homer, pushing his season line in Triple-A to .320/.432/.573 with 17 extra-base hits, four home runs, and 10 steals in 28 games. Lewis has shown an improved approach at the plate this season and is hitting for more power than he ever has. With Miranda still struggling, it shouldn’t be long before Lewis is back up in Minnesota.

The Baltimore Orioles are in the midst of another disappointing season, but at least there’s light at the end of this tunnel. Baltimore just called up top catching prospect Adley Rutschman over the weekend and Grayson Rodriguez, the top pitching prospect in baseball, is likely on the way very soon. Rodriguez has dominated Triple-A this season, as expected. In nine starts spanning 43.1 innings, Rodriguez has posted a 2.70 ERA, 0.99 WHIP, 8.% walk rate, and a 38.6% strikeout rate. He’s gone at least five innings in each of his last four starts, capped off by a six-inning start on Sunday. There’s really nothing left for Rodriguez to prove in the minors, and with Rutschman up, it shouldn’t be long before his battery mate joins him in Baltimore.

It’s easy to see that the Padres panicked and rushed CJ Abrams. However, his struggles with San Diego haven’t changed my thoughts on his longterm outlook one bit. Abrams is one of the most exciting prospects in the minors thanks to his elite speed, plus hit tool, and blossoming power stroke that has started showing up more consistently this season in the minors. Abrams already has racked up three homers and three steals in Triple-A following his demotion, albeit, with a .173/.232/.365 slash line. There’s been a bit of bad luck though, as evident by his .171 BABIP. I’m not expecting Abrams to be brought back up in the next few weeks, but he could be back up in a month or so if he gets hot in Triple-A.

While Triston Casas has cooled off some after a hot start, the Red Sox are getting absolutely nothing offensively from the first base position at the Major League level this season. Bobby Dalbec forgot how to hit entirely and Franchy Cordero hasn’t been much better. All it should take for a switch at the position is a hot streak from Casas here in the coming weeks. For the season, Casas is slashing .248/.359/.457 with six home runs, a .209 ISO, and a solid 14.7% walk rate compared to a 22.4% strikeout rate. Casas’ combination of on-base abilities and big-time power give him top-10 upside at the position longterm and the potential to make an immediate fantasy impact. The one downside right now though is that Casas has missed the last several games with some ankle soreness. However, it’s not expected to be a long-term absence.

There’s not much to report on the Riley Greene front. The latest news we got was that Greene was cleared to resume baseball activities over a week ago, but he’s still ramping up to get ready for rehab games. If Greene begins rehab games in the next week or two, it’s possible we see him by the end of June, but he’s likely going to need a couple of weeks of rehab games at least. Greene is coming off a standout season in the upper minors in 2021, combining to slash .301/.387/.534 with 24 homers and 16 steals in 558 plate appearances. His 27.4% strikeout rate is a tad concerning, but Greene is a no-doubt top-5 fantasy prospect right now and his combination of hit, power, and speed make him worth stashing for a month until he makes his debut.

At one point, not too long ago, Oneil Cruz was the top name on this stash list. But a lackluster performance at Triple-A has really taken the shine out of stashing him for redraft leagues right now; In 35 Triple-A games, Cruz has struggled to the tune of a .197/.317/.350 slash line but does have four homers and nine steals to his name. Still, I can’t imagine Pittsburgh brings him up with a slash line like that, especially given the back that they didn’t keep him up on the opening day roster after a solid showing in spring training. Alas, this is the life of a small market team with top prospects. If you have deeper benches, I’d still be fine stashing Cruz give his immense upside, but it’s getting hard to do so in standard 12-team leagues.

If he wasn’t blocked at the Major League level with Nick Pratto also fighting him for a callup, Vinnie Pasquantino would be a few spots higher on this list. After breaking out in a major way last season, Pasquantino has carried over that momentum into 2022 with a .275/.380/.585 slash line, 12 doubles, and 10 home runs in 40 games. The elite approach has carried over as well. Over the last two seasons, Vinnie P has 87 walks to 89 strikeouts and has even shown more power than he did in last season’s breakout, raising his SLG from .563 to .585 and his ISO from .263 to .310. It remains to be seen whether he or Pratto get the call first, but Pasquantino will be immediately fantasy relevant once he does get promoted.

Vinnie Pasquantino ripped a 95 mph fastball into deep CF for his 8th HR of the year. My goodness. pic.twitter.com/CdEyFWJ0qf

Technically, Luis Garcia isn’t a prospect anymore, but he deserves to be on this list just as much as any name below him due to his combination of current performance and opportunity. We’ve seen a whole new Garcia this season in Triple-A. He’s hitting for more power than he ever has, cranking eight home runs and 17 total extra-base hits with a .577 SLG and .248 ISO. Garcia is also hitting a stellar .329 with a .386 OBP. It appears his days of stealing bases are over, but Garcia’s offensive improvements are notable and he should get a chance in Washington soon as the Nats are struggling this season and aren’t going to start Dee Strange-Gordon at shortstop forever.

The strikeouts are a concern right now, but Josh Lowe has two things working in his favor: defense and experience. While Major League tenure hasn’t been impressive, Lowe has at least gotten a taste of Major League pitching and his defense in center field is valuable to the Rays. And even with a bloated 43.1% strikeout rate in 17 games, Lowe is still hitting .262 with a .539 SLG, .277 ISO, six doubles, four home runs, and a pair of stolen bases.

Brett Phillips, while an absolute joy to watch, isn’t the longterm answer in right field and Brujan has been struggling as well. If Lowe heats up even more at the plate and brings down the K rate some, he could get another shot before too long. That K rate will definitely need to come down though for that to happen. The Rays aren’t going to promote him with a K rate above 40%.

This might be a surprising name to see as the second arm on this list but both of Max Meyer and Edward Cabrera aren’t pitching well right now and Kilian certainly is. In eight Triple-A starts, Kilian has dominated to the tune of a 1.31 ERA, 1.22 WHIP, and a 28% strikeout rate. He’s quietly been flying up prospect rankings since the beginning of 2021 and now has a career 1.91 ERA in 150.2 MiLB innings. Kilian doesn’t possess the upside of Grayson Rodriguez, but he has a solid four-pitch mix with plus command and control. He’s likely the next arm up when Chicago needs to make a change in the rotation.