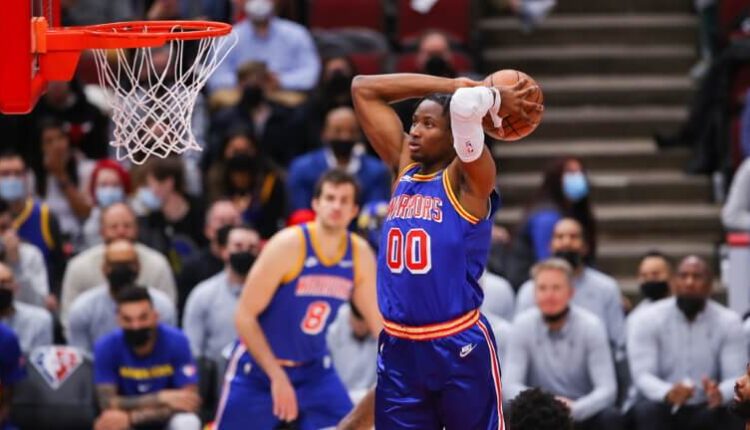 If you’re like me, fantasy sports attracted your attention because it gave your fandom some true purpose, and allowed you to finally show you’d be a better GM than anyone that actually has the job. NBA Dynasty leagues are the true essence of running a fantasy basketball team, as it’s not just for one season. You’re trying to build a championship threat, year after year, while protecting a handful of players from going into next year’s draft pool. With that, it’s time to update our Top Three Overlooked NBA Dynasty Targets!

There are several factors that indicate who’d be most valuable to your squad. My assumptions are that you’re playing in a standard nine-category league, so I’ll be looking at age, usage rate, current stats, and outlook/value to team going forward. Let’s dive into it!

Sengun was my favorite player coming out of the draft this year. I truly thought he’d win Rookie of the Year, which obviously won’t happen now, but that’s Houston’s fault, not his. I think he’s demonstrated what makes him special, and I want to highlight a few reasons why you should roster him immediately. First, he’s only 19 years old. He was the MVP of the Turkish League, which shows that as a child (which he still is, pretty much) he was able to dominate grown men, trying to feed their families, with aspirations of their own. Much like LaMelo Ball, and LeBron, he was/is a child basketball prodigy.

In averaging only 18 minutes per game, he’s currently averaging 9 points on 49% from the field, 5 rebounds, and 2.5 assists per game. He’s shooting 70% from the free-throw line, which is good for a big, and 28% from three, which I fully expect to improve. He’s also averaging 1 steal and 1 block. Chris Wood is currently in his way as the starting center, and I fully expect him to be dealt by the offseason (if not sooner). When that happens, Sengun will finally be unleashed. With a full allotment of starters minutes, expect Sengun to have early-round value. Per 36 minutes, he’d be averaging 18 PPG, 9 Rebs, 5 Asts, 2 Stls, and 2.5 Blks. That’s assuming no improvement. We haven’t even begun to tap into what Sengun is capable of. I’m telling anybody who will listen. We have a baby Nikola Jokic in our midst, and nobody seems to care.

I did not see this coming. I watch a fair amount of college basketball, and if I told you I knew who Herbert Jones was coming out of college, it would be a flat lie. Hailing from Alabama, there’s a reason he’s nicknamed, “straightjacket.” He was drafted specifically to be a three and D talent.

He’s 6’8″ and can guard every position on the court. Even point guards. For this reason, he’s earned 30 minutes per game in his rookie season. With 2.5 stocks (steals + blocks) per game, he’s living up to the D part of his role, and he’s no slouch on the three-part, either, shooting 38% on the season. He’s averaging a modest 9/4/2 right now, but with Brandon Ingram wanting out, Zion showing an inability to stay healthy (and also potentially wanting out), and Jonas playing well enough to be a trade target for a contender, it’s not out of the realm of possibility that the Pels could blow this thing up, and Herbert Jones would have a lot of usage to fill. He needs to be on your radar for now and the future.

When the Warriors drafted Kuminga, I thought for sure he was getting ready to be a package deal with Moses Moody to bring forth a player ready to contribute at this very moment for the Warriors to win a championship. Then as the season progressed, I came to the realization that the Warriors were actually a good team. Not just good… great. They are currently the best team in the league according to schedule-adjusted net rating statistics. That’s not just because Draymond and Steph had an off-year last year, it’s because Golden State developed their talent to the point that they were able to run their system correctly.

Jordan Poole went from someone who was just a body, to someone you can count on for 20 PPG. Gary Payton Jr. went from journeyman to lockdown defender and energy supplier. Jonathan Kuminga became someone who deserves minutes on the floor. Draymond is someone that’s immensely underrated for his defensive prowess, and his role on offense, but he’s probably the odd man out, should the Warriors decide they need to move money around. Kuminga would step into that role. With per 36 minute averages of 20 PPG and 7 Rebs, he would absolutely provide you the fantasy output that you’d deem necessary for rostership.