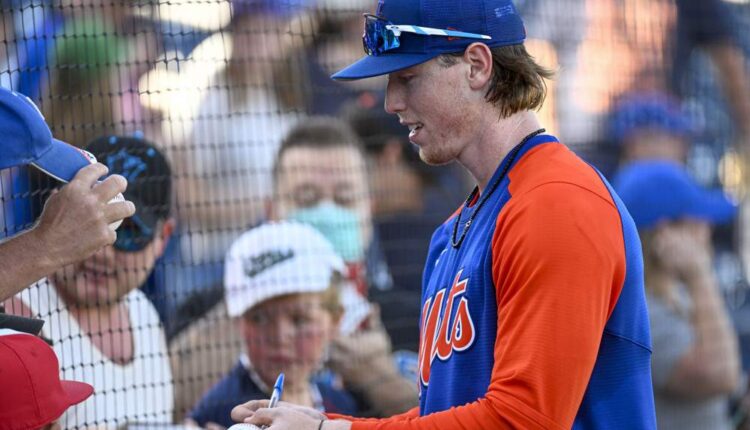 Welcome to our 2022 team top prospect rankings series. Leading up to Minor League Opening Day, Eric Cross and Chris Clegg will go through all 30 Major League organizations, continuing today with their New York Mets Top Prospects for dynasty leagues. In each installment of this series, you’ll find the top-20 rankings from both Eric Cross (AVG) and Chris Clegg (OBP) along with one prospect each that they’re targeting heavily in dynasty leagues right now. Hopefully, these rankings will help you in your dynasty leagues, and maybe give you some new trade targets to consider.

Yes, I know he’s hurt and coming off major surgery. But that’s why he’s being listed as a prospect to target right now in dynasty leagues. If he never got hurt, we’d likely be talking about Matt Allan as a top-5 pitching prospect and top-50 overall prospect in baseball right now. He’s that good. So when I have the opportunity to acquire a pitcher with this level of talent for a discount, I’m going to jump all over that every damn day.

Before needing Tommy John surgery, Allan was really turning heads for his electric arsenal and ability to miss bats with all three of his pitches. Allan would sit in the mid-90’s with solid life on his four-seamer, touching the upper-90’s regularly, and would offset that with a plus, sharp curveball, and a changeup with decent fading action that was an above-average third offering.  Unfortunately, we only got to see him work for 10.1 innings last season and won’t see him again until much later this summer. But don’t let that deter you from trying to acquire him in dynasty leagues as his value might never be this low again.

Alex Ramirez made his much-anticipated debut in 2021 after being the Mets top international signing in 2019. Ramirez did not blow anyone away with his stats in Low-A St. Lucie. Ramirez posted a slash of .258/.326/.384 with five home runs and 16 stolen bases in 334 plate appearances. His 31.1 percent strikeout rate leaves a lot to be desired, but the tools are intriguing.

Ramirez has above-average power and speed. He will need to refine his hit tool, but if he does, there is a chance Ramirez can be an everyday regular at the big league level. Ramirez is still young and will be just 19 over this full season in 2022. It is worth noting that only three hitters 18 years old or younger got 300 or more plate appearances and Ramirez was one of them. The upside is clear and Ramirez is a great player to invest in for dynasty leagues because the price tag is relatively cheap

Top-75 Dynasty Second Base Rankings for 2022