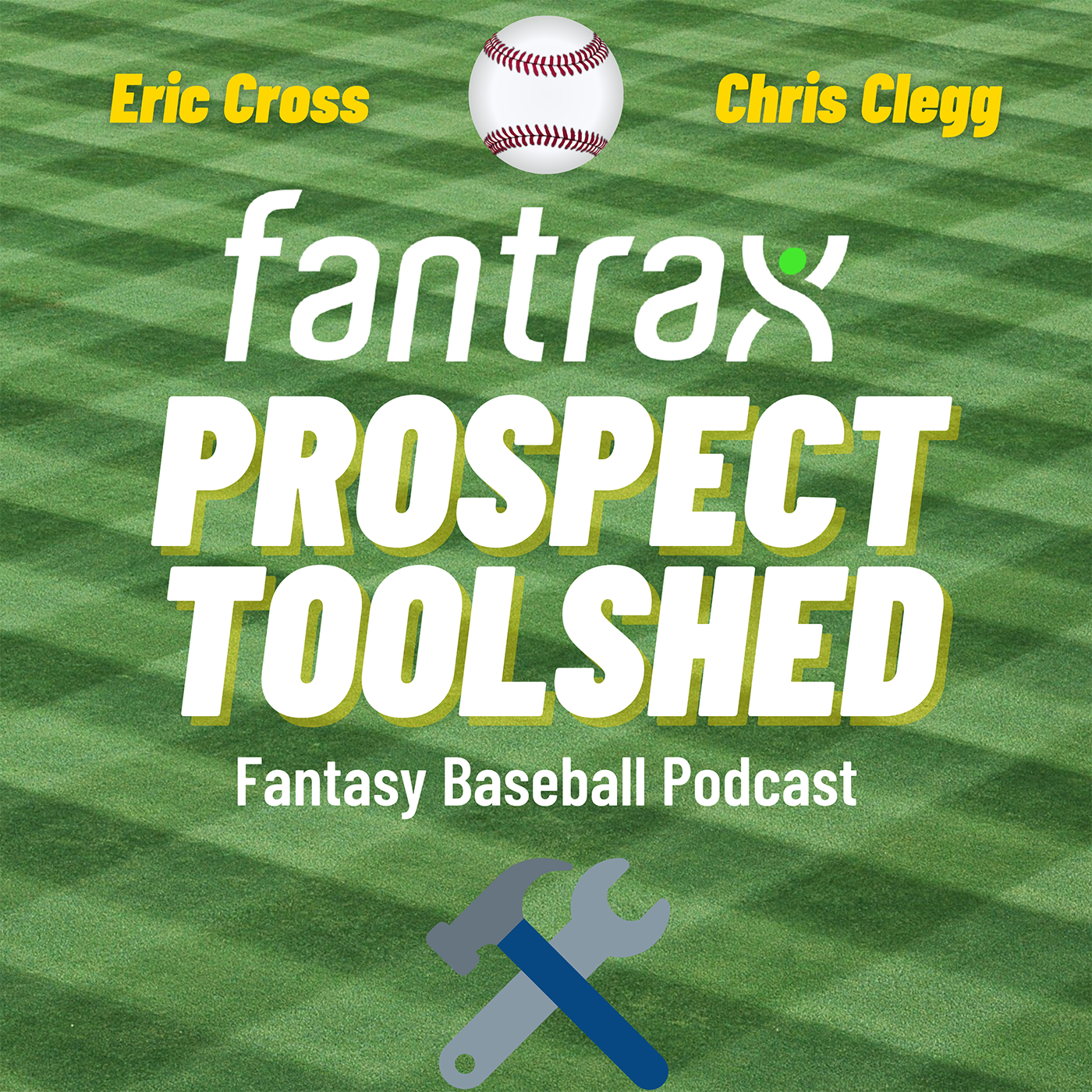 The crew welcomes Bob Harris of Football Diehards, as they discuss 2021 Fantasy bounceback candidates, cats, and the toughest coaches in the NFL. Featuring a fan favorite game of the week making a return

Chris and Eric welcome James Anderson (@RealJRAnderson) of Rotowire to the show to discuss pitching prospects you should or shouldn’t be targeting in redrafts this season.

This week, Chris and Eric discuss the prospects you should or shouldn’t be targeting in 2021 redraft leagues. Included is a discussion on players to target in your pre-season drafts, deep-league targets, mid-season FAAB/Waiver targets, and players they don’t think will make impacts in 2021.

Chris and Eric welcome on Shelly Verougstraete (@ShellyV_643) of PitcherList, Prospects365, OverTheMonster, Dynasty’s Child Pod, and Rotographs, and Chris Welsh (@IsItTheWelsh) of In This League, Fantasy Black Book, and Prospect One for a 40-pick dynasty prospect mock draft!

This week, Jake and Eric look at outfielders outside the top 100 ADP and discuss values they like, don’t like, some intriguing rookies, and late-round sleepers.

Chris and Eric welcome on Eddy Almaguer (@EddyAlmaguer) of Prospects Live and Michael Richards (@MPRichards1981) of Prospect World Wide and RotoFanatic for a 40-pick FYPD mock!

After leading with their top-25 last week, Chris and Eric dive into the rest of their top-75 pitching prospects and discuss a ton of intriguing pitchers including a trio of Cleveland arms, an exciting Minnesota duo, 2020 debuts, a half-dozen breakout arms, and wonder if Hunter Greene can be a top-10 pitching prospect in 2022.

This is an episode you’re not going to want to miss. Chris and Eric start their pitching prospect talk by discussing their top-25 consensus pitching prospects for dynasty leagues, including MacKenzie Gore, the Detroit trio, 2020 debuts, rising names, dynasty buy lows, what to do with Forrest Whitley, and so much more.

After starting with their top-20 outfielders last week, Chris and Eric continue their top outfield prospect talk this week. They discuss the values of Taylor Trammell and Cristian Pache, potential 2021 impact guys like JJ Bleday and Jarren Duran, some guys to buy-low on, intriguing 2020/21 draftees and J2 targets, and end with a half-dozen breakouts.

In part one of their dive into the world of outfield prospects, Chris and Eric discuss their consensus top-20 outfield prospects, headlined by Seattle’s duo of Jarred Kelenic and Julio Rodriguez. After they gush about that duo, Chris and Eric discuss the exciting Arizona trio, whether they’re selling high on Arozarena, Carlson, and Dominguez, how underrated Marsh and Larnach are, and guys they think will pop up rankings moving forward.