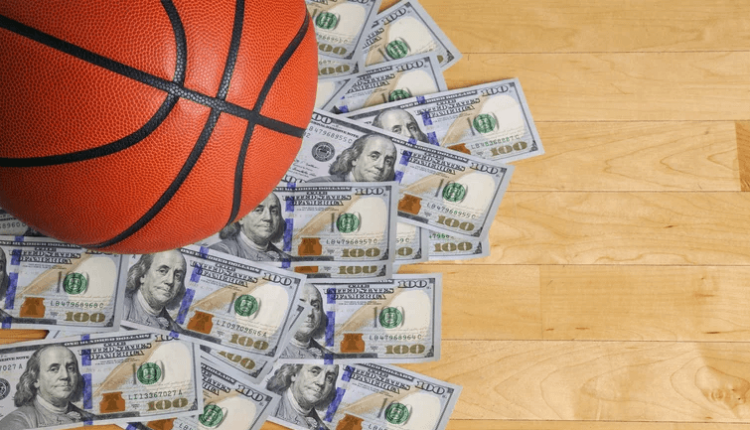 Monday was a very frustrating day. It seemed like every player we recommended dealt with foul trouble, even though we got a career performance from Joel Embiid. Foul trouble is one thing that you can’t predict though and we’re going to keeping trusting the process (pun intended). With that in mind, let’s get into our 2/26 NBA DFS plays of the day!

Using players against the Wizards is always a good idea and it’s an even better proposition when it’s the opposing team’s best player. Dinwiddie has definitely turned into just that, averaging 37.6 DraftKings points per game in the 41 starts that he’s made for Kyrie Irving. The simple fact is, Dinwiddie runs the show when Irving is out. We briefly mentioned the matchup too, facing a Washington team that ranks dead-last in both points allowed and defensive efficiency. In his one game against the Wizards, Dinwiddie collected 26 points, four rebounds and six assists, if you needed more incentive.

Rozier has given us no reason to use him with his recent play but he’s too good of a player to be this cheap. We’re talking about a guy who was above $7,000 about a month ago and it’s always tempting to ride someone when looking at a $2,000 discount. Despite the drop off in production, Rozier is still averaging 14 shots and 34 minutes per game across his last nine fixtures. That means the role is still there to have 40-point potential and that seems like a strong possibility against a team like the Knicks. In fact, New York ranks 22nd in defensive efficiency while owning a 27th OPRK against opposing guards.

LeVert and Dinwiddie have taken over this offense in the absence of Irving and LeVert has actually been the better player since the most recent injury. In fact, LeVert is averaging 20 shots and a 31 percent usage rate over his last eight games played, en route to 38.9 DK points per outing average. That’s all you can hope for from a player below $8,000, especially against the worst defense in the NBA.

Richardson actually found his way into our article on Monday and we’re going to keep riding him if he remains this cheap. It’s the absence of Ben Simmons that makes him so valuable, forcing J-Rich into point guard duties. That’s also forced him into playing at least 39 minutes in two of his last three games while averaging 26 fantasy points per game over his last four fixtures in total. If we get that role against a Cleveland team who sits 29th in defensive efficiency, Richardson is looking at a 26-point floor.

This is a similar circumstance to Rozier. We have way too talented of a player to be sitting in this price range. George is typically a $9,000 player when he’s right and that alone makes him hard to fade. While he only played 21 minutes in his return from injury, that happened to be a 30-point blowout and we think he should be ready for 30 minutes here. That’s big news for a guy who averaged 40.1 DraftKings points per game across 28 minutes of action over his previous six games before getting injured. We’re certainly not worried about PG-13 facing a 20th-ranked Suns defense either.

It appears that Crowder is going to be a major part of this Heat rotation and its really no surprise when you consider his grit-and-grind style of play. In his six games with Miami, Crowder has scored at least 22 fantasy points in all of them while averaging 33 DK points per game. It’s rare to see that from a player sitting below $6,000 and we love that he gets to face a T’Wolves team who allows the most fantasy points in the league to opposing small forwards.

Randle has quietly had a really nice year for this dysfunctional franchise and this feels like one of those games that could be competitive. Having a close game gives Randle a nice floor in terms of minutes and that’s a huge boost for a player who regularly has his minutes limited because of his team’s poor play. This is still a guy who’s scored at least 31 DraftKings points in 25 of his last 26 games, averaging 40 fantasy points per game in that span. The matchup against Charlotte might be the best part of this play though, with the Hornets surrendering the third-most fantasy points to opposing PFs this season.

Covington was a gem of a find for the Rockets and it’s hard to understand why he remains so affordable on these DFS sites. Not only has he scored at least 34 DK points in four-straight fixtures, RoCo is also averaging 38.2 fantasy points per game in that span. His effort and hustle statistics are the thing that makes him such an attractive option and those are way more likely against a team like the Grizzlies, who sit sixth in pace and 23rd in total defense.

Embiid was the star of our article on Monday and we’re going right back to the well here. The main reason he’s really enticing is because he’s the focal point of this offense with Ben Simmons injured. With him off the floor this season, Embiid has a 37 percent usage rate while averaging 1.65 DK points per minute. That’s a truly absurd rate and that would equate to 58 fantasy points in 35 minutes of action. That certainly appeared to be the case in Simmons’ first game out, with Joel dropping 79 DK points in one of the best games of his career. The matchup is the icing on the cake though, with Cleveland owning a 28th OPRK against opposing centers this season.

Atlanta has been the best matchup for centers all season long, allowing the most fantasy points in the league to that position. That always puts the opposing center in play against them, particularly someone as talented as Vucevic. This is a guy who’s averaging 49.7 DK points per game across his last six outings while averaging 42 fantasy points per game for the season. He’s destroyed this putrid defense this season too, averaging 47 DraftKings points per game in their last two meetings.