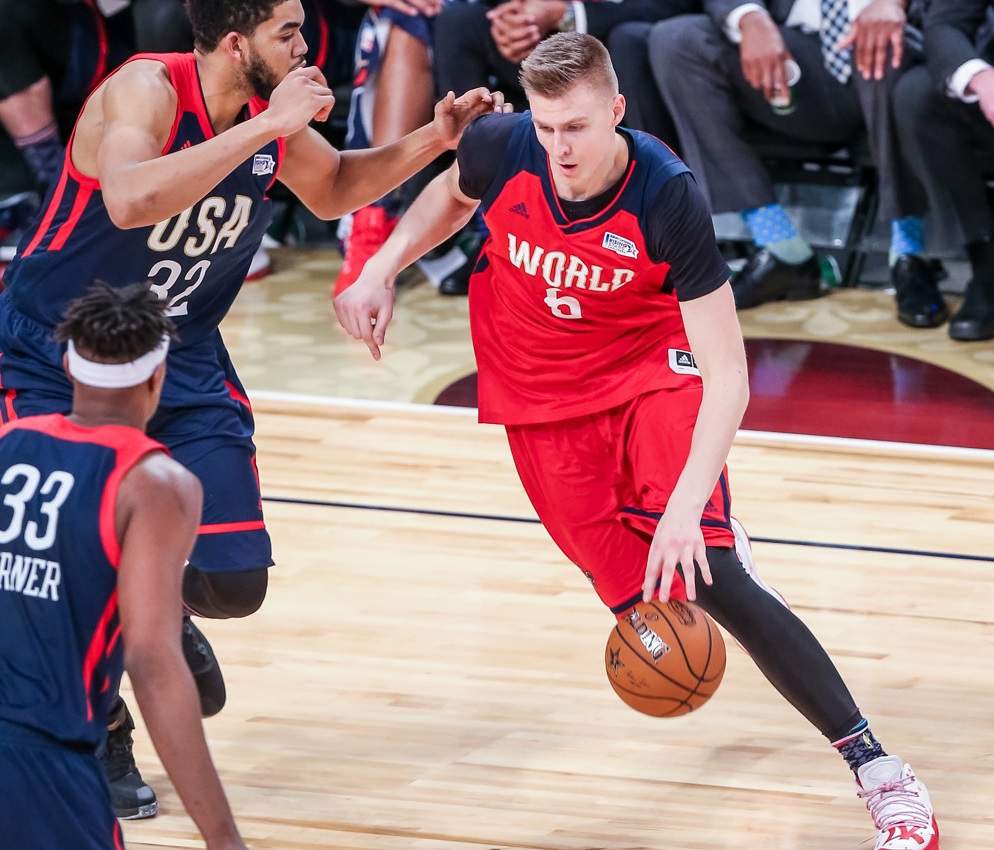 Friday’s article went really well, with players like Ben Simmons, Malcolm Brogdon and Buddy Hield all going off. What we’ve been doing well is capitalizing on big-name injuries and we’re going to ride that wave again here. Without further ado, let’s get into our 12/16 NBA DFS picks!

Smith is always a favorite of mine when he gains a starting role and it’s hard to understand why these DFS sites keep his price so low in these circumstances. We’re talking about a dude who’s scored at least 22 fantasy points all five starts he’s made for Isaiah Thomas while averaging over 27 DK points per game. That’s the guy we’ve seen throughout his career and it’s incredible that we get a starting point guard at this sort of price with this sort of production in his back pocket. The matchup against Detroit isn’t too shabby either, with the Pistons surrendering the second-most fantasy points to opposing point guards this season. Even if Thomas does return, look for Smith to still play at least 20 minutes, still making him viable.

With Luka Doncic expected to miss this game due to an ankle sprain, Brunson should be starting. That’s about 32 minutes, 20 shots and a 30 percent usage rate out of the lineup. Brunson will be happy to take on some of that, collecting 18 points, seven rebounds and eight assists across 34 minutes in the game Luka went down. We have to love that sort of potential at this price, especially against a Bucks team who plays at the fastest pace in the NBA. Don’t forget about J.J. Barea either, with the veteran posting a 31 percent usage rate with Doncic off the floor while averaging 1.4 DK points per minute.

Beal is one of the most reliable players in fantasy and I’d argue that he should be $1,000 more on DraftKings. Any guy who’s averaging 37 minutes, 21.3 shots and a 31.6 percent usage rate needs to be considered below $10,000, particularly one with a floor like this. Beal has scored at least 29 DK points in all 24 games played this season while averaging 44 DK points per game. That’s even harder to overlook with the Pistons ranked 19th in defensive efficiency.

With Reggie Jackson, Andre Drummond and Blake Griffin all injured right now, someone needs to handle the ball. Brown was happy to do that on Saturday, collecting a season-best 48 DK points against the Rockets. It’s not like that’s a huge surprise either though, with Brown averaging 26 fantasy points per game over his last 19 starts. That’s really all we could hope for from a player in this price range but this matchup is the icing on the cake. Not only does Washington allow the most points in the NBA, they also sit last in defensive efficiency and 28th in fantasy points allowed to opposing shooting guards.

Middleton is one of the most underrated players in the NBA and that’s really evident when you see these prices. The reason we love him today is because of his usage bump, as he should get more shots and ball-handling duties in the absence of Eric Bledsoe. With him off the floor, Middleton has a 31 percent usage rate while averaging 1.3 DK points per minute. That pairs beautifully with his recent form, scoring at least 31 fantasy points in seven-straight games while averaging 36 DK points per game in that span. Not to mention, Dallas surrenders the sixth-most fantasy points to opposing small forwards this season.

This might be a recommendation that surprises you but Jones is someone people need to look out for. This kid has all the talent in the world and it’s just a matter of time before be becomes a fantasy-relevant player. He’s starting to open the eyes of DFS players though, playing at least 26 minutes in five-straight games while averaging 28.5 DK points over his last three fixtures. That’s a gargantuan total from a player in this price range and it’s clear that he’s becoming a major part of this rotation. That increase in role and this price tag makes him very attractive against a Memphis team who owns a 24th OPRK to opposing SFs this season while playing at the sixth-fastest pace in the NBA. That pace is a wonderful asset for an elite athlete like Jones.

It’s very possible that Bam is the player that I’ve written up most this season and recent results would indicate that we’re doing something right with him. Not only does he have five-straight double-doubles coming into this matchup, Adebayo has also picked up two triple-doubles in that span as well. His averages come to 21 points, 12.2 rebounds, 7.2 assists, 1.4 steals and 1.2 blocks in that span which equates to 51 fantasy points per game. That absurd total is really intriguing against a Memphis club who sits sixth in total pace and 26th in total defense.

We already discussed all of the usage that needs to be made up in Dallas with Doncic out and we have to bet on Porzingis taking on most of it. With Doncic off the floor, Porzingis leads the club with a 33.2 percent usage rate while averaging over 1.5 DK points per minute. That means if he plays 35 minutes, we’re looking at 52.5 DraftKings points. That would be a bonkers total from someone in this price range and Milwaukee has actually allowed the eighth-most fantasy points to opposing PFs this season.

Don’t look now but the Kiwi is starting to ball out. Not only does he have at least 35 DraftKings points in eight of his last nine games, Adams is also averaging 39 fantasy points per game in that span. That’s really all you can ask for from someone in this price range and he’s actually doing that damage in fewer than 30 minutes of action per outing. The best part about using him is this matchup though, with Chicago surrendering the most fantasy points in the league to opposing centers this season.

Gasol and Adams have had nearly identical trajectories this season but Gasol is the better value. The reason for that is because he’s $1,000 cheaper and has been just as good. In fact, Gasol has at least 39 DK points in three-straight games while averaging 44 fantasy points per game in that span. We have to love that against a team like Cleveland, allowing the fifth-most fantasy points to opposing centers this season.