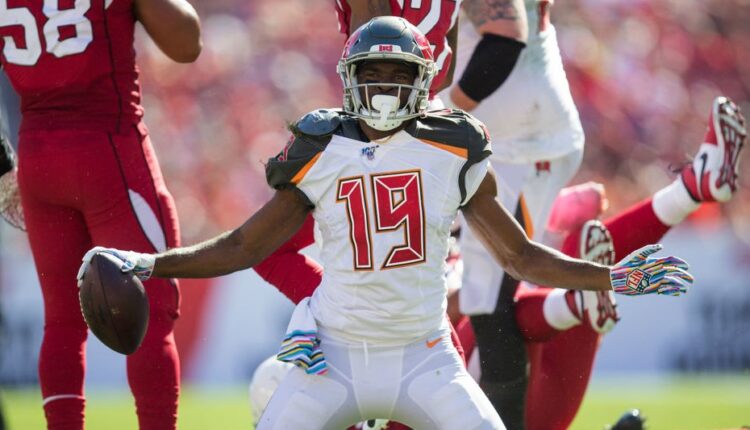 This is the final waiver wire article of the season! It’s been an awesome year and we’ve stumbled into some gems throughout the season. Since this is the final week for most of you, this article will strictly be focused on Week 16. Many of you have your championships and the goal here will be to find you some streamers. I want to thank all of you for reading throughout the year and it’s been an absolute blast! With that in mind, let’s get into our Week 16 Waiver Wire!

Who would have thought that Mike Boone would be in this article in Week 16? It would take a series of unfortunate events to get to that point and that has Lemony Snicket knocking on our door. Not only did Dalvin Cook re-injure his busted shoulder on Sunday, but Alexander Mattison also missed the game due to an ankle issue. That forced Boone into a career game, carrying the ball 13 times for 56 yards and two TDs.

While Mattison and Cook are great talents, I truly believe that anyone could be effective behind this offensive line and in this scheme. That makes Boone one of the primary pickups of the week, as he could be a bell-cow back if both of those guys sit out. He happens to be staring at a brilliant matchup too, facing a Green Bay defense that ranks 24th in both yards per carry allowed and total rushing yards surrendered.

This is all about usage. With Kalen Ballage injured, Mark Walton suspended and Kenyan Drake thriving in Arizona, Laird is the only guy left. That has forced him into double-digit caries in three-straight games while picking up five targets in each of those. That equates to about 20 touches per game and that’s simply hard to overlook from anyone, especially a guy who gets the goal-line work. The reason we love him this week is because of the matchup, with Miami facing a beleaguered Bengals defense. Not only do they rank 29th with 4.9 yards per carry allowed, Cincy is also dead-last in total yards allowed to RBs, sitting at a disastrous 158 yards per game.

Perriman was actually in our article last week and if you read that, he definitely rewarded you with a gem and potentially a win in your semi-finals. With Mike Evans dealing with a hammy issue, Perriman found himself as the starter, collecting five catches for 113 yards and three touchdowns. That’s now 370 receiving yards and four TDs over his last three games, making him a Top-10 wide receiver in that span.

What really adds to his intrigue this week is the fact that Chris Godwin went down in Week 15. That means Perriman is now the top option in Tampa Bay, making him a viable candidate for double-digit targets and a snap share approaching 100 percent. That sort of role is dandy in an offense like this, with Jameis Winston ranked Top-3 in yardage and total pass attempts per game. Getting to face Houston in Week 16 isn’t too shabby either, with Houston allowing the fifth-most passing yards in the NFL.

Conley has quietly been a very reliable receiver over recent weeks and it’s strange to see how low his ownership percentages are across the board. Many would be surprised to hear this, but Conley has posted a snap share above 70 percent in every game this season, equating to a total just shy of 80 percent for the year. It’s led to him recording at least seven targets in six of his last eight games while recording at least four catches in all six of those. The fact that D.J. Chark is expected to sit here only adds to Conley’s value, as his eight targets and two touchdowns in Week 15 is a good indicator of what this team thinks of him right now. We love the Week 16 matchup against the Falcons too, with Atlanta ranked 23rd in passing yards allowed.

Streaming DST’s has been my strategy all season long and it’s imperative that I get things right this week. That’s why we’re going to go with the Colts, facing a gas can like Kyle Allen. While the Carolina quarterback did get off to a nice start in the absence of Cam Newton, he’s been atrocious recently. In fact, Allen has 15 interceptions over his last eight games while fumbling six times over his last four fixtures. Those numbers make Jameis Winston look like Aaron Rodgers, as Allen has overtaken Jameis as the most turnover-prone quarterback in football right now.

That doesn’t even take into consideration the 51 sacks surrendered by this offensive line, the second-worst mark in football. While none of the Indianapolis defensive statistics will jump off the page, this is a unit that’s league-average in nearly every statistic. We’ll always take a league-average defense against a turnover-happy QB. Vegas like this play too, projecting the Colts to be a 6.5-point favorite with the Panthers projected for just 19.5 points.

This unit is truly one of the most underrated in the NFL and this is a game where they can definitely show that ability. After failing to record a sack in the first five games, The Broncos actually sit Top-10 in that statistic since then. That doesn’t even take into consideration that the Broncos sit Top-12 in both yardage allowed and points surrendered, despite having one of the toughest schedules in the NFL.

The reason we really love them though is a matchup against an offense run by David Blough and Wes Hills. Those are obviously backup players and it’s got to scare Lions fans to see their quarterback posting an 18.7 QBR over his last two games. That’s truly horrific and it’s even more terrifying that they’re down to their third RB with Kerryon Johnson and Bo Scarbrough both injured. That’s why the Broncos enter this matchup as a 6.5-point favorite in a game with a total of 38. That means Detroit is projected for a measly 15.5 points.

Seattle DST (vs. ARI): Seattle gets a must-win home matchup against the Arizona Cardinals, after recording three interceptions and two forced fumbles in Week 15.

Adrian Peterson (WSH): Peterson got 16 carries for 66 yards and a TD in Week 15. He should remain the bell-cow back with Derrius Guice injured and that’s good news against a putrid Giants defense.

O.J. Howard (TB): Howard now has at least four catches in three-straight games while attaining 19 targets in that span. That’s hard to find from a tight end and he might get even more work with Mike Evans injured and Chris Godwin potentially out too.