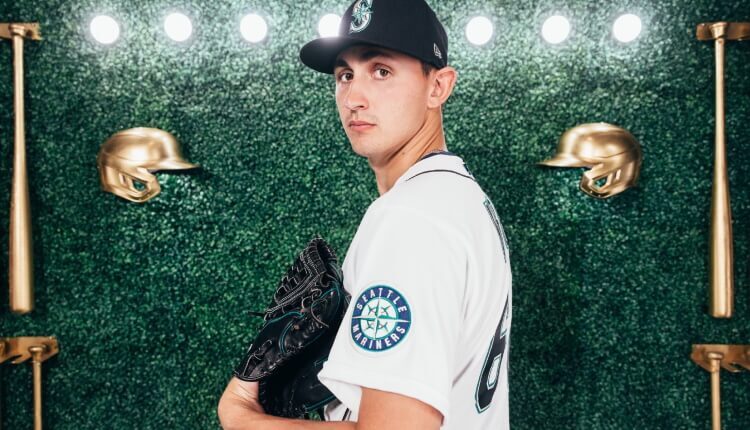 Welcome to Week Twelve of your pitching streamers! Here we like to give you an edge over your competition every week by helping find diamonds in the rough when it comes to borderline rosterable pitchers. Everyone needs to do this in one way or another during the season, and it’s important that you have the best information for making these decisions when it comes to beating your opponent.

George Kirby (39% Rostered) Monday vs BAL – “Kirby, Kirby, Kirby that’s the name you should know. Kirby, Kirby, Kirby he’s the star of the show!” If you’re a millennial like myself, you’ll get that reference. Anyway, Kirby has absolutely been a star since May 31. Over that time (five starts), Kirby has compiled 29 innings with a sparkling 2.17 ERA and 27 strikeouts. That with four measly walks. Unreal. The fact that Kirby isn’t at least 75% rostered is perplexing to me and ultimately he’s a free space for this article every time he remains under that 50% threshold.

Kirby faces an Orioles ballclub that is the bottom seven in baseball over the last two weeks in both wRC+ (82) & K% (24.7%) against RHP. If Kirby is somehow still available in your league, roster him for this start, and don’t let him leave your squad.

Erick Fedde (2% Rostered) Monday vs PIT  – Fedde Wap as my co-host Doc on Triple Play Fantasy likes to call him, has not been someone many would feel confident starting. 55 K’s in 68.2 innings pitched with a mid-4 ERA & a lot of hard contact allowed is not ideal. However, what Fedde has shown us is that he is able to pitch well against weak opponents. Fedde has allowed 3 ERs or less in starts to the Brewers (2x), road Rockies, Orioles, Marlins, and these same Pirates. That doesn’t even count the occasional good start he’s had against some teams like the Braves and the Dodgers.

Fedde may not be a sexy pick, but him going against a team that is striking out a whopping 27.7% of the time against RHP since mid-June & barely hitting over .200 as a team over that stretch, sign me up.

Keegan Thompson (33% Rostered) Tuesday vs CIN  – After 3.2 innings of 10 earned runs two weeks ago, Thompson bounced back in a major week this past week. Thompson pitched 12 innings, allowing six hits, one earned run, three walks, and 16 K’s against the Braves and Pirates. Thompson’s 3.10 ERA over 61 frames as a whole is nothing to sneeze at, and neither is his 7-2 record. Thompson throws six pitches but the great vertical movement he has on his curveball and mainly his fastball (.196 xBA against) has allowed him to thrive for much of the season

Thompson faces the Reds at home who have an 81 wRC+ and puny .110 ISO against RHP over the last two weeks. That and the team’s .292 wOBA make this matchup for Thompson extremely appealing here.

Daniel Lynch (L) (4% Rostered) Tuesday vs TEX – Our one lefty in this article, Lynch has been very intriguing as of late, flashing the potential that he was once touted with just a few seasons ago. Over Lynch’s last 15 innings, he’s amassed 22 K’s, while only allowing two earned runs in his last two starts combined. The walks will have to get better, as he had five in his last start against the Angels. Still, Lynch has me intrigued for this next start.

Texas is striking out nearly 31% of the time against LHP over their last couple of times facing lefties on the mound while hitting only .207 as a team. You could go a lot worse here than Lynch.

Graham Ashcraft (16% Rostered) Thursday @CHC  – Ashcraft has definitely been a frustrating pitcher to roster. Touted by another Reds player as having the best stuff on the staff, Ashcraft went 23.2 innings of 1.16 ERA ball to start the year, only to pitch to a 9.78 ERA over his last 9.2 innings. Is Ashcraft either of those two pitchers? I don’t think so. I think he’s somewhere in the middle of a high 3 or low 4 ERA type of pitcher. What Ashcraft has going for him is his insane 56% GB rate stemming from his 97 mph cutter and sinker and THAT is what I want to bet on with this player.

Ashcraft will face the Cubs at Wrigley, who are fairly in the middle of the pack in terms of offense, but have a .136 ISO over the last two weeks while slugging just .381 over that time. For a ground ball pitcher like Ashcraft, that could be golden and a great play for if you’re in a pinch.