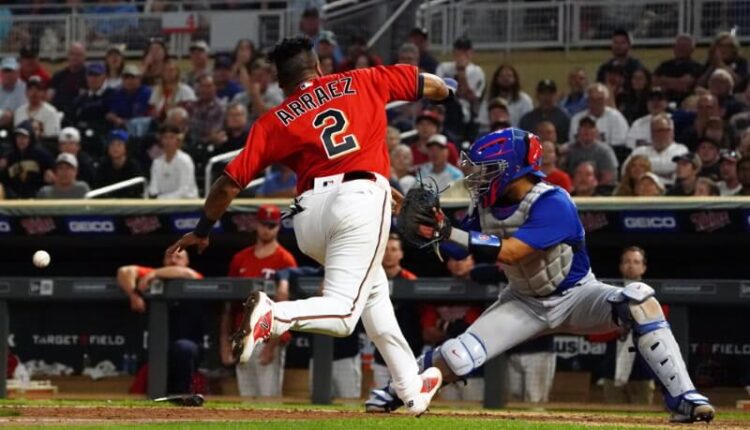 Welcome to my new column where I will highlight some of my favorite picks and props on the MLB slate. Please note that as I write this, teams have not yet submitted their lineups, nor have oddsmakers released all their lines. You will likely see me refer to the same sportsbooks multiple times throughout this piece. That is more a function of others not having lines out yet than anything else. Also, these lines will change throughout the day. A line that may look good first thing in the morning may not be as appealing as the first pitch approaches. So do your research, and tail responsibly.

I would also advise price shopping where available. You would be surprised at the edges you can find with a little legwork. For example, I have found that FanDuel is generous with most of their home run props, yet their total base props are usually quite unfavorable. We have a full slate on tap for today and there are already some edges to be found. Here are a few player props that I believe should benefit bankrolls today. These players should also make solid DFS pieces if that is your drug of choice. Follow me on Twitter to see any additional picks I may like throughout the day once I get more information regarding lines and lineups.

Luis Arraez enters Saturday hitless in three straight starts for the first time in the 2022 season. I do not expect him to go a fourth without a knock. He is facing Antonio Senzatela, who is far and away the most hittable pitcher in baseball. This season, there have been 139 pitchers who have thrown at least 40 innings. Senzatela has allowed a hit on 33.8 percent of opponents’ plate appearances. The next highest mark is Kyle Bradish’s 30.2 percent mark. And lest you blame Coors Field for Senzatela’s woes, consider that his road percentage of hits allowed per plate appearance (34.3) is slightly higher than his home mark (33.5).

Arraez can hit the ball under virtually any conditions, but his numbers are even more impressive at home and against right-handed pitching than in any other split. In 89 at-bats at home against right-handers, Arraez is hitting .416, with all four of his home runs. As if you needed any more reasons to like Arraez today, even Senzatela’s arsenal plays right into Arraez’s hands. Senzatela throws his four-seam fastball 55.8 percent of the time. Opponents are hitting .375 versus the four-seamer. Against four-seam fastballs this year, Arraez is hitting .449. The only pitch Senzatela has had success with this season is the curveball. But he has thrown just 46 of them on the year, so I’m not sure how much confidence he will have in throwing that pitch against Arraez.

I listed multiple props for Arraez, and there are a few different ways you can attack this matchup. Perhaps the safest route is to take Arraez to surpass 1.5 total bases. However, 64 of his 76 hits this season have been singles. And to Senzatela’s credit, he has been good at limiting extra-base hits. Of the 81 hits he has allowed this year, only 20 have gone for extra bases. With that in mind, I think the likelihood of Arraez getting multiple base hits may exceed the likelihood of him getting just one hit, with that being an extra-base hit. Because of that, if I was making one wager on this matchup, it would be OVER 1.5 Hits for Arraez. Of course, you can also take both…

One of the plays I have made quite frequently lately is to risk two units (rather than the standard one) when I see a matchup as favorable as this one. In this example, I would risk 1.15U (to win 1U) that Arraez will eclipse his total base mark since that is theoretically the safer of the two plays. I will then “ladder” the remaining 0.85U on Arraez to get two, three, and four hits.
For example, I would play 0.5U on him to get two hits, 0.25U on him to get three hits, and 0.1U on him to get four hits. The odds increase dramatically with each “rung” of the “ladder”, hence the reason for lowering the stake at each stage of the wager. If Arraez was to get just one extra-base hit, you would end up with a slight profit. Two hits of any kind would essentially double your investment. Three or four hits would just be gravy at that point. Arraez has had three hits five times and four hits twice already this season. In the interest of transparency, I have only found these multi-hit plays on FanDuel and PointsBet.

Trevor Rogers has been a disappointment this season after a promising 2021 campaign. Rogers has made 13 starts for the Miami Marlins this year. He has gone under this total in 11 of them, including six straight. His last start was against Saturday’s opposition, the New York Mets. In that game, he made it through just five innings. Rogers has pitched exactly five innings on six different occasions this year. That seems to be as far as manager Don Mattingly is willing to push Rogers on most occasions. The primary reason is that Rogers has been maddingly inefficient this year with his pitch counts. Rogers averages 4.2 pitches per plate appearance this year. That is among the very highest numbers in all of baseball.

In Monday’s matchup, I played a two-leg parlay where I picked Rogers to have at least two walks and for him not to get the win, which was a successful play. However, those odds have risen to the point where I do not see it as a profitable route. Rogers’ walk line has also increased to 2.5 in most places, so I would rather play the trends with regard to his outs. Miami lost with their ace Sandy Alcantara on the mound last night, and their bullpen is in good shape. All their relievers have had at least one of the last two days off. Mattingly does not figure to hesitate to go to his pen early if Rogers continues to struggle to put hitters away, so I would expect him to be capped at five innings once again today.

Willy Adames has cleared this total base number in five of his last six starts, with four home runs during that stretch. On Saturday, the Brewers will host the Toronto Blue Jays and Yusei Kikuchi. Kikuchi has thrown for a total of just 13.1 innings in four June starts, while allowing 14 earned runs. During that span, he has served up seven home runs. Adames has struggled with changeups this year, which has been Kikuchi’s most effective pitch. So if you wanted to take one of Kikuchi’s props instead, I wouldn’t blame you. However, I worry a bit about a short leash given his recent struggles. Therefore, I would prefer to play Adames in this matchup. If you are looking for a dark horse in this game, consider Mike Brosseau. The notorious lefty-killer was recently activated from the IL and should get the start on Saturday. He may even hit higher in the lineup if Hunter Renfroe is forced to miss another start.