Is Marvin Jones Being Overlooked? 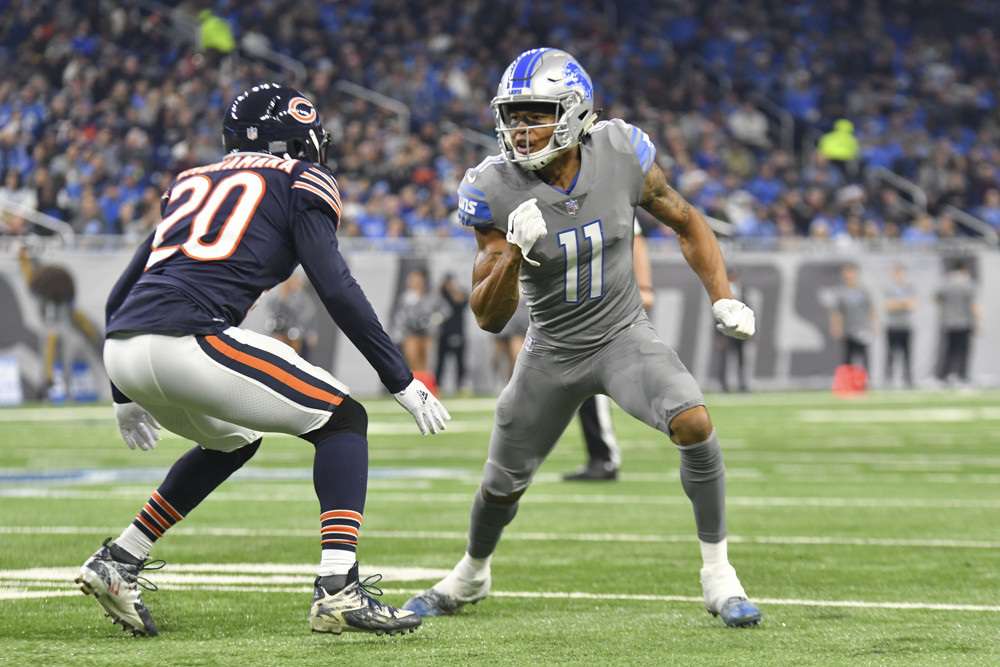 Fantasy Owners are constantly searching for the next breakout player. Everyone wants to be first on a player and that often leads to ‘boring’ yet proven veterans going later in drafts and providing good value. Marvin Jones is a perfect example of such a wide receiver I think is a good value, going based off of last seasons numbers.

The Case for Marvin Jones

Last season Marvin Jones finished as the fifth WR in non-ppr leagues and 12th in PPR formats. He put up 1,101 yards and nine touchdowns on 61 receptions (107 targets). He did all of that without posting a game with more than 54 yards the first five weeks of the season. Early on for the Lions there were a number of players vying for targets with Jones, including Golden Tate, Kenny Golladay, Eric Ebron and the running backs. Jones really stepped up from Week 6 on. He was a Top-10 WR in PPR leagues in three consecutive games. In his final eight games he had just three finishes outside the Top-36 wide receivers, and three inside the Top-15 wideouts. You can look at this in one of two ways: Jones struggled early on and came on strong, or his season was inflated by a few big games.

First, I want to put off the belief that Jones ONLY had good games when Kenny Golladay was out. His hot streak did begin when Golladay was hurt, but Jones finished as WR13 and WR5 in Weeks 11 and 12, with both active. However, the reason I am a fan of Jones this year is simple: I believe he is both the best outside option and red-zone weapon on this team.

Jones led the Lions last season with 15 targets inside the red zone. The only other player with double-digit targets inside the red zone was Eric Ebron, who is no longer in town. I do not think Luke Wilson takes all 12 of those targets, so there is naturally room for grown for both Jones and Golladay, who had five red zone targets of his own last year. So we know the Lions looked Jones’ way when they got in the red zone. Even better is the fact that they looked his way in the end zone. In fact, according to playerprofiler.com, all 15 of his red zone targets came in the end zone. That was 42.9 percent of all the Lions targets in the end zone, good for the sixth highest percentage amongst all wide receivers. Not only are Ebron’s 12 red zone targets up for grabs, but so are his six end zone targets (which equated to 17.1 percent). There will be plenty of opportunities for him to match, if not exceed, the nine touchdowns he hauled in last season.

Marvin Jones was one of the top deep threats in the NFL last season. pic.twitter.com/M0ny7EMxYB

The other reason I have heard people staying away from Jones and some Lions weapons in the passing game is the belief that they will undergo a Saints-esque shift and abandon the pass in favor of running more. I understand that they addressed the offensive line. In fact, Pro Football Focus ranks it the eighth best offensive line in the NFL, arguably the best they have had with Matt Stafford. They also signed LeGarrette Blount and drafted Kerryon Johnson. I do think the run game will be better than it has been in years past, but that should only help the passing game, as defenses will have to remain honest. Additionally, Jim Bob Cooter is still the Offensive Coordinator and Matt Stafford is still the QB. In the three seasons that Cooter has been the OC, the Lions have ranked fourth, 11th and 10th in passing attempts, while finishing 30th, 31st and 31st in rushing attempts. Meanwhile, Stafford has attempted at least 592 passes every season since 2011. I believe that there will be enough targets for Jones to have the opportunity to repeat his 2017 season.

I do think Jones will have some up-and-down weeks, however, in a mock draft I completed with other writers I nabbed Jones in the end of the fifth round, as the 27th WR off the board. I will gladly take him as my WR3, given the upside and opportunity he has this season. Some WRs that went before him I would Jones over are: Jarvis Landry, Brandin Cooks and Sammy Watkins. The best part is, you do not have to take Jones over those players.