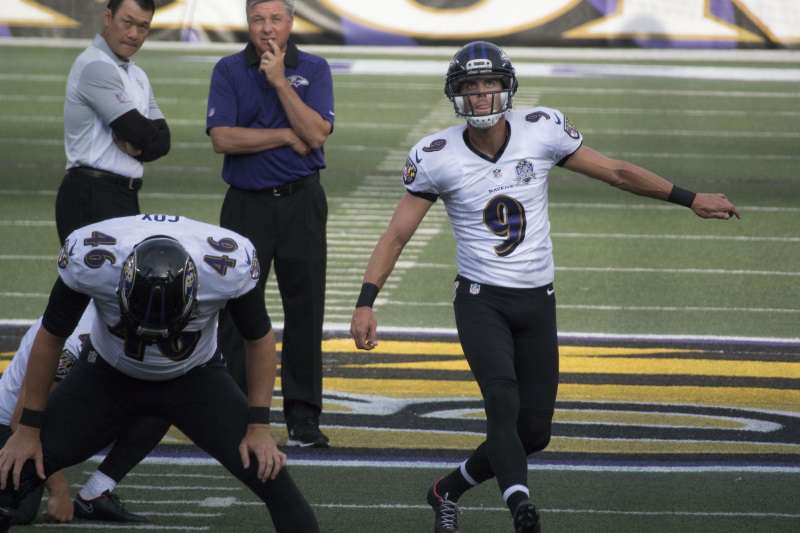 It’s time for everyone’s favorite Fantasy Football positions – kickers and D/ST! D/ST would be Defense/Special Teams for those wondering. Anyway, these two positions are often the red-headed stepchildren of Fantasy Football, and with good reason. Who doesn’t love losing a Fantasy matchup because their opponent’s defense returns a botched lateral for a touchdown with no time remaining! Or when a kicker injures himself covering a kickoff and renders himself useless for the rest of that week? Seriously, choosing defenses and kickers in Fantasy Football is the worst. But we all (in most leagues) have to do it, so at least we’re on a level playing field.

Choosing a D/ST in fantasy is a bit of a chore. We think we know which defenses will be elite from year to year, but it rarely plays out that way. In the last five years, only 44 percent of D/ST  drafted as Top-10 fantasy units finished the season as such. And if you think choosing a top-five D/ST gives you a better chance of success, I’m afraid I’ve got some bad news for you… teams drafted as Top-5 D/ST have finished as Top-5 fantasy defenses just 28 percent of the time since 2013 and have only finished as Top-10 defenses 44 percent of the time – the same exact number as defenses drafted as top-ten D/ST. In fact, no D/ST unit drafted in the Top 5 in the last five seasons has finished as fantasy’s best defense, but two that were drafted in the Top 5 have finished as fantasy’s worst D/ST!

Based on these factors and the diamonds in the rough you can find at other positions in the latter stages of your draft, I highly recommend waiting on a D/ST. I would not draft one until the last two or three rounds of the draft. You should also not draft multiple D/ST units. You can always evaluate once your D/ST reaches their bye week. You can also stream D/ST each week. There will always be serviceable options each week for streaming. Here are my 2018 Fantasy D/ST rankings:

As far as strategy goes, drafting kickers is a lot simpler than drafting a D/ST. When selecting a kicker, target teams that score lots of points. That’s it. Mystery solved. Seriously. You don’t need to waste too much time worrying about what weather kickers may have to deal with or who is going to kick in a dome. Figure out which NFL team will score the most points and take their kicker. Want proof? Here are the top ten kickers in fantasy points last year and where their respective teams finished in total scoring among NFL teams:

That, my friends, is an 80-percent overlap between Top-10 NFL scoring offenses and Top-10 fantasy kickers. And even the two “misses” have qualifiers. Matt Bryant led the NFL with eight field goals of at least 50 yards, which gave him a great boost in leagues that reward long kicks. Then, of course, there is the case of Robbie Gould.

Gould finished fourth in fantasy points despite the 49ers finishing just 20th in total scoring. But let’s dig a little deeper, shall we? In the five games Jimmy Garoppolo started at quarterback, San Francisco averaged 28.8 points per game. Over a full season, that would have been good for second in the NFL. And during that stretch, Gould scored a ridiculous 70 fantasy points. That pace would have obliterated the totals of every other kicker. In fact, Gould finished as a top-three kicker in four of those five games. Big things are in store for the Niners’ kicker in 2018. Below are my 2018 Kicker rankings. Please note that a couple of these teams have open competitions that make their kicker situation fluid. For example, I believe Daniel Carlson will beat out Kai Forbath in Minnesota. If Forbath holds off the rookie, then obviously Carlson becomes useless. Pay attention to the latest news to see how these position battles play out.

Whether you want to join a league or start your own, Fantrax is the place to be. Fantrax works with virtually any league configuration you can dream up, and you can draft a team 364 days a year.