Closer Targets for the Second Half 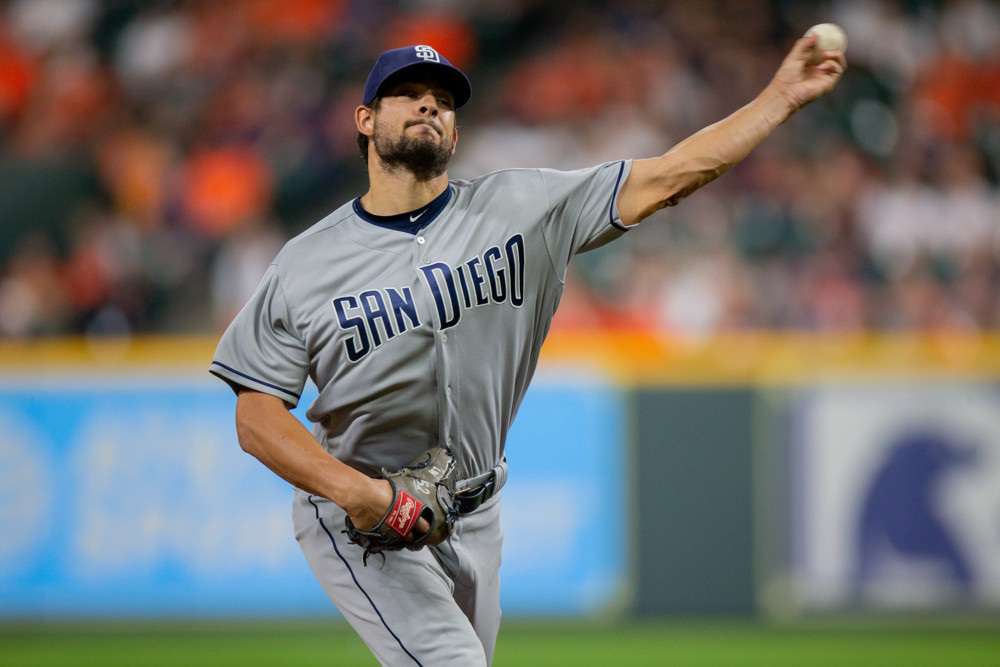 It’s no secret that the closer position is the most volatile position in baseball. Relief pitchers by nature have short careers, and sometimes when they start to fade they fade hard. Of course, for every Brad Ziegler or Hector Neris, there is a Fernando Rodney, who somehow manages to find himself getting saves every single season. So today we are going to take a look at some closer targets for the second half of this season.

These aren’t necessarily guys who are going to inherit a job once one of their fellow relievers gets traded, but also relievers who are just undervalued or worth the cost of a trade. Let’s get into it and see who we have to help out your fantasy team!

Closer Targets for the Second Half

The White Sox have played the “is he or isn’t he our closer” game all season long with Joakim Soria. And while Soria has had some less than stellar stretches, his overall season has actually been quite good. Good enough that he’s likely going to command some attention as we near the trade deadline. And though we’ve seen some diminished returns for teams trading relievers so far this season, there’s no reason the Sox don’t move Soria for whatever they can get.

Licking his chops is Jace Fry, a 25-year old reliever having himself a pretty nice season as well. Although he has put up a middling 3.54 ERA, the ERA estimators think he’s better than that with FIP, xFIP, and SIERA marks of 2.34, 3.22, 3.12 respectively. He’s striking out 10.93 batters per nine innings, and although it’s not phenomenal, his walk rate of 3.54 per nine innings is solid and more than acceptable for a closer in this day and age. I firmly believe he could handle the job and possibly carve himself out a niche as a mid-tier closer.

The competition Fry has once Soria is traded boils down to Bruce Rondon, who has been horrible, and Nate Jones who has been mediocre and constantly hurt. It’s entirely possible the White Sox attempt to get one of those guys in there to build up some more trade value, but I believe they give Fry the job and he runs with it. He’s the pitcher to target in this bullpen.

Like what you’re reading from Van? Listen to him in person along with Jeff Zimmerman and Rob Silver on the Launch Angle Podcast.

This is another example of a relief pitcher receiving the closing role due to a trade. Currently, Kyle Barraclough is holding down the closing job after Brad Ziegler was demoted, and despite the indicators thinking he’s not quite as good as his 1.34 ERA suggests, he’s still a fine pitcher and likely to command something at the trade deadline.

Next up in line is 27-year-old Drew Steckenrider, a hard-throwing pitcher with just enough control to keep the walks in check and succeed in the Majors. So far Steckenrider has posted an ERA of 3.10 and the estimators believe he’s fully capable of maintaining that number for the rest of the season. He’s certainly not going to be the best closer on your team, but he does strike out more than a batter an inning and has worked in enough high-leverage situations to earn the trust of Marlins manager Don Mattingly.

There isn’t much other competition in the bullpen here, so unless they give Brad Ziegler another shot (if he also doesn’t get traded) the job should be Steckenrider’s for the taking. I’ll be scooping him up now or trying to work a trade for him before his price gets too high.

Although not as great as last year’s awesome season, Brad Hand is having a very solid first year of his three-year contract extension signed last season. His 13.29 K/9 rate is the highest of his career, and his 24 saves are tied for fourth in all of baseball. He has an ERA under 3.00, and it’s worth pointing out that the three-year extension he signed is very reasonable at about $20 million over the life of the contract, with a $10 million option for a fourth year and a $1 million buyout. That’s a very team friendly deal for one of the games top relievers.

I put Hand on this list of closer targets for that contract alone. The Padres gave him that deal and signed Eric Hosmer with the intentions of playing meaningful baseball over the next few years. It could be argued that Hand could net them a big payoff in a trade, but with the market being what it is so far, I highly doubt any team can coerce them into moving him. After all, why would a team give up a fortune for Hand when they can get a reliever for next to nothing and have the payoff be similar?

Now because we are talking about the Padres here, there is going to be a lot of speculation about Hand being moved at the deadline. If this talk makes its way to the ears of the Brad Hand owner in your league, then maybe he will be willing to move him due to the uncertainty of his position. I recommend putting some feelers out there for Hand in your leagues and checking to see if maybe the owner is getting skittish, because Hand could be a major difference maker for any Fantasy team.

I’m kind of shocked that Bruce Bochy and his old school ways have not tried harder to get Mark Melancon back into his old role after he has returned from injury. I do still believe the long-term play here is for Melancon to get the job back, but it’s looking increasingly like he’s not going to get the job this season. Although Hunter Strickland is scheduled to be back August 18, I wonder if there will be any lingering issues after he broke his pinky punching a wall. That means Wil Smith, who has been the guy over the last week or so, is the closer target right now and might hold the job for the rest of the season.

This is one of the obvious closer targets and also probably the one that might cost you the most. It’s pretty well known that Jimenez has closer’s type stuff, and with Shane Greene on the DL, he’s been given the closing job in the interim. Greene should be back soon, and when he comes back he’ll be taking over the closer’s job. Of course, it’s almost a guarantee that he gets traded, and when he does Jimenez should get the job back. It’s worth noting that Jimenez is a big target in dynasty or keeper formats, as he’s likely going to be the guy for the next several years for the Tigers squad.

Obviously, you are a Fantasy Baseball diehard. There’s still time to relive draft day all over again? Head on over to Fantrax where you can draft a team 364 days a year.