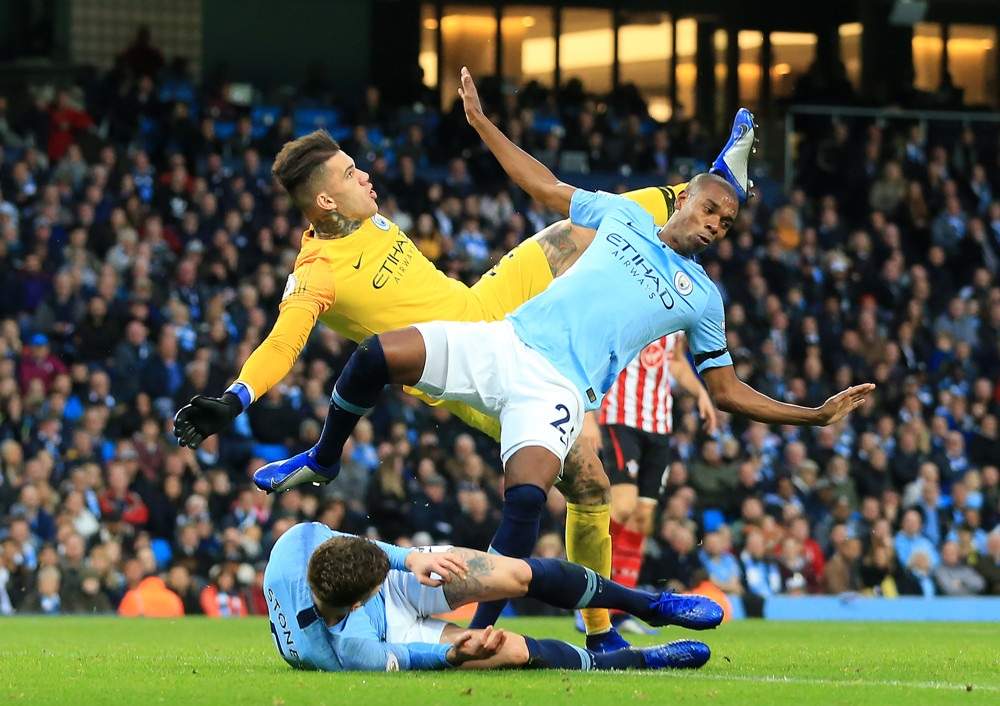 Unlike my laptop, this Premier League season seems to get faster as it gets older. Liverpool are still top, but not top, but are still statistically top of the Premier League table. Manchester City are still chasing but have the league in their hands but aren’t top. Both have difficult games this week. Thankfully, our rankings aren’t as complicated as this title race.

Gameweek 34 sees the definition of a six-pointer as Burnley and Cardiff face off in a basement battle. Meanwhile, Fantrax managers around the world will be preparing for their own six-pointers with only two weeks remaining to qualify for playoffs or to get back into your title race.

Speaking of preparing for those six-pointers, here are your rankings for Gameweek 34.

Hugo Lloris faces Huddersfield. Therefore, Hugo Lloris tops our rankings. Tottenham should face a considerable amount of player rotation this week with the Champions League still at the forefront of their minds. Lloris should, however, be one of the few that are safe.

Elsewhere, you’d expect a clean sheet for David De Gea against West Ham while Tom Heaton and Neil Etheridge should benefit from that perfect combination of shots saved and probability of a clean sheet in that relegation six-pointer.

Looking for a differential? Lukasz Fabianski has saved more shots than any other Premier League goalkeeper this season and should face a lot more at Old Trafford on Saturday. He’s 9th in our rankings but could easily finish 1st this week.

Lucas Digne tops the defensive rankings once again. He’s just a machine. A favorable fixture against Fulham, coupled with the fact that Everton are actually playing very well at the moment makes him a no brainer for top spot.

Second and third ranked Kieran Trippier and Danny Rose come with a severe warning due to the aforementioned squad rotation. A start for either of them guarantees payday against Huddersfield. However, with rotation expected, Kyle Walker Peters and Ben Davies could be the ones to benefit. It’s well worth picking up one or both of them in anticipation, especially due to the fact Spurs have the early game on Saturday.

Coming in at 7th in the rankings, I really like the look of James Tarkowski this week. The Burnley giant scores well the majority of the time thanks to defensive contributions. This week’s fixture with Cardiff will mean an aerial bombardment for Tarkowski who is 5th in aerial duels won by defenders (149). One of the four ahead of him is this week’s opponent Sean Morrison (he’s 2nd with 179) is another great pick this week.

Christian Eriksen is top of the midfielder rankings, albeit in an unconvincing manner. His fixture has him up there but his role is currently uncertain, partly due to the absence of Harry Kane. Should he keep his role in attacking midfielder, Eriksen should rake the points in, particularly if Kieran Trippier is rested and he regains control of set pieces. If he is played in a withdrawn role as he has previously this season (or is rested himself) then owners could face a disappointing haul. Those very owners will be very disappointed with Eriksen’s output this season. He sits in 22nd in Fantrax scoring this season, sat in between Ricardo Pereira and Troy Deeney.

Elsewhere, Paul Pogba seems to be having one of those “Paul Pogba phases” but continues to score well in Fantrax. Mainly because he shoots from everywhere. Key pass magnet James Maddison should also keep up his hot form. No one has completed more key passes than Maddison this season and he only needs nine more to hit the 100 mark. Incredible. Club mate Youri Tielemans seems to be one of those benefiting from Maddison’s creativity.

Differentials? Brazilian blue Bernard seems to be entering into a purple patch. Back-to-back man of the match performances against West Ham and Arsenal saw him accumulate 31 points. He comes in at 18th in the rankings but he could be higher.

Another Spurs man tops the rankings but another at risk of rotation! Harry Kane’s injury means Son Heung Min should be handed a start up front against Huddersfield on Saturday. However, with the second leg against Manchester City on the horizon, a rest for the South Korean is completely plausible. Bearing that in mind, it’s a good idea to pick up Fernando Llorente as a back up. A start for him wouldn’t be a surprise.

In fact, there’s a strong possibility that all of the top five in our rankings doesn’t start this weekend. Therefore, Jamie Vardy in 6th place looks to be an excellent pick. He can’t stop scoring since Brendan Rodgers came in and is unarguably the form striker in the league. Get him in if you can!

Dwight McNeil is our differential forward this week. He comes in at 17th in our rankings. McNeil’s scoring isn’t dependant on goals and assists and could be in for another big pay day in that six pointer with Cardiff.