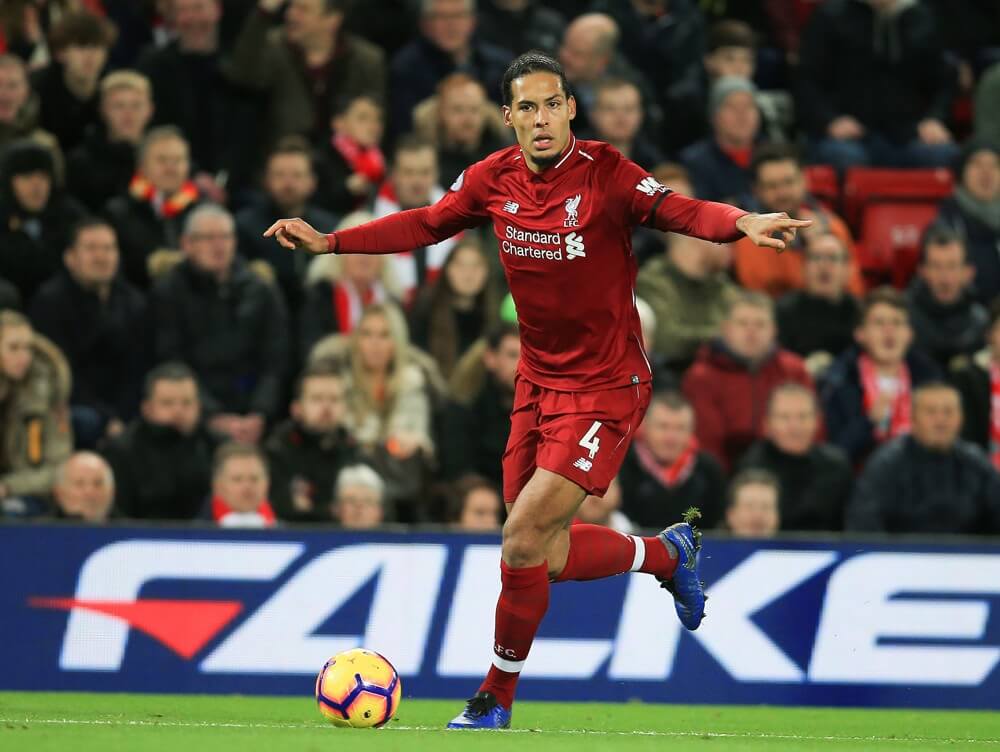 Rankings! Despite the first blank gameweek of a frantic business end of the season delivering games for only 50% of the Premier League, we still have the best ones ranked. Liverpool’s fixture against Fulham sees them dominate these rankings. The Reds, like many Fantrax FPL managers, will be looking to take advantage of this mini gameweek and regain top spot in the league.

Prepared? You’d better be. Gameweek 31 brings a great chance to take advantage of a smaller player pool. Those who have prepared well will be handsomely rewarded.

Not prepared? These rankings will go some of the way to sorting you out…

Picking a differential with so few options will be tricky. Martin Dubravka’s afternoon behind a makeshift backline could produce plenty of saving opportunities or just a demoralizing minus score.

The best advice? Just get a stopper in. There’s a good chance not everyone in your league will have one.

Liverpool dominates the defensive rankings once more. More specifically, Virgil Van Dijk dominates the rankings. The guy looks like an adult playing in an under 13s league half of the time and that translates to some serious points. The Anfield giant is the top raking defender in Fantrax over the last 30 days, scoring 90.5 points. Untouchable.

The more creative Trent Alexander Arnold should see good points in the same fixture while you can rarely go wrong with Lucas Digne.

Jon Gorenc Stankovic comes in at 13 in the rankings and could be a handy differential. I wouldn’t bank on his clean sheet but Stankovic plays in central midfield, meaning greater attacking threat while still picking up defensive points. The Huddersfield man won more aerials than anyone else in GW30 (nine).

Despite the small fixture list, the midfielder rankings still possess plenty of talent. Pint-sized playmaker Ryan Fraser tops the pile following his goal and assist last week. He faces a depleted Newcastle defense with high hopes of adding to his 16 goal contributions this season.

James Maddison should add to his impressive key stat tally against Burnley this weekend too. No one in Europe’s top five leagues has more than him this season (80).

Meanwhile, it’s fair to say Felipe Anderson needs to face Huddersfield Town this weekend. The Brazilian’s form has dipped horrifically in recent weeks but still features highly in the rankings thanks to good underlying stats and a favorable fixture. Teammate Manuel Lanzini should also see some joy this week.

Fixtures for Liverpool and Chelsea means the sharp end of the rankings write themselves. Another double in Munich in the midweek means you can’t look further than Sadio Mane for top spot. Eight goals in eight games has equated to 132 points over two months and you don’t fancy Fulham’s defense to be the one to stop him. Simply, on fire.

Eden Hazard is never far away from the top of these rankings and he makes it to second. In fact, owners of the Belgian, Gonzalo Higuain, Mohamed Salah and Roberto Firmino can count themselves very lucky in the mini gameweek.

Looking for a sneaky pick? There’s still plenty to choose from with Newcastle pairing Ayoze Perez and Salomon Rondon on hot form. Burnley’s old fashioned front two Chris Wood and Ashley Barnes will also fancy their chances against a Leicester side that can’t seem to keep a clean sheet.