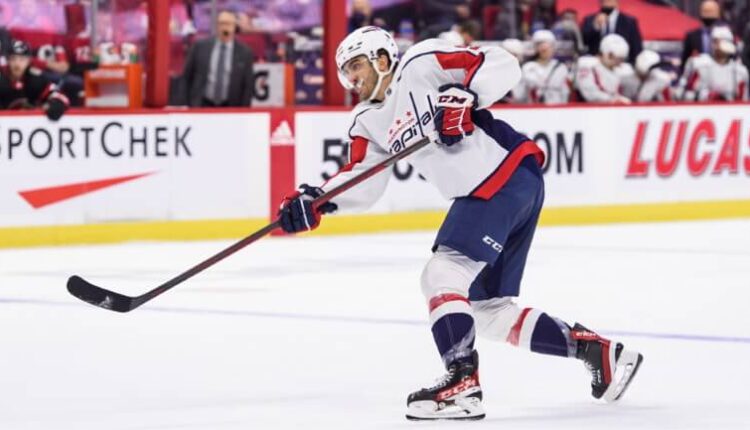 This will be the first of a weekly look at players who may be punching above their weight and those who fantasy managers can expect more out of. Each week we will highlight 3 players who you should consider trading now while their value is high and 3 you should look at acquiring, as they are undervalued.

Kuznetsov is off to a red hot start with 16 points in the first 12 games. There is no doubting Kuznetsov’s skill but it is worth noting that he was on the trade block this offseason after two seasons where he was scoring at 0.79 PPG and with some apparent off-ice issues. Kuznetsov has the talent to produce at the level he is currently scoring, but there are inconsistencies in his game. It’s also worth noting his complimentary fantasy stats, other than PPP, do not offer significant value. This would be an excellent time to look at moving him before he cools off and returns to his norm.

It doesn’t seem that long ago that Shattenkirk was having a difficult time finding a job in the NHL. The 32-year-old is on his 6th team and recently went from the penthouse in Tampa to the rebuilding Ducks. I don’t think anyone could really foresee Shattenkirk being second in defensemen scoring even this early in the season. He is quarterbacking a very effective Ducks PP racking up 7 PPA. The Ducks have got off to a great start and a number of veteran players like Shattenkirk are having a renaissance. The good money says he and the Ducks will tail off and his PPG will return to below 0.50. If you want to maximize his trade value now is the time to pull the trigger.

Terry is another Duck whose value has surged because of the Ducks’ great start. His 9 goals and 16 Pts have him 5th in overall scoring. If you predicted that, I hope you made some money, somewhere. His 9 goals are on the back of a 31% shooting percentage, a slight increase on his 9% average based on his previous 3 seasons. He has also taken advantage of the Ducks hot PP and put up 5 PPP as well. Terry is destined to cool off and he will settle in around a 0.60 PPG production. He could be a useful fantasy player but I don’t believe his value will be any higher than it is right now.

Chabot is in an early-season scoring slump with only 4A in his first dozen games, which includes 2PPA. As the primary offensive defenseman in Ottawa, as well as the league leader in average ice time, much more can be expected out of Chabot. He has generated 35 SOG without a single goal. All the signs point to Chabot breaking out. This would be a great time to take advantage of a fantasy manager with an itchy trading finger and grab Chabot at below value.

Chychrun had a breakout season last year with 18G and 41Pts in 56 games. His solitary assist in 12 games this season is eye-catching, but like Chabot there are signs, like the 35 SOG and the close to 25 mins of ice time a game, that the 23-year-old will start producing sooner than later. Some fantasy managers may see the poor quality of the Coyotes team and be ready to take offers on Chychrun and in some leagues, you may see him on the waiver wire.

All signs were pointing for the 24-year-old Hintz to establish himself as a premier LW in the league this season. The high-flying Finn has improved each season and with 43 Pts in 41 games last year, it looked like he was on the verge of becoming the focal point of the Stars offense for years to come. With only 2A in the first 11 games, Hintz’s value is as low as it may be for the next 5-7 years. If the opportunity is available fantasy managers would be wise to try and grab Hintz at what are hopefully bargain prices.