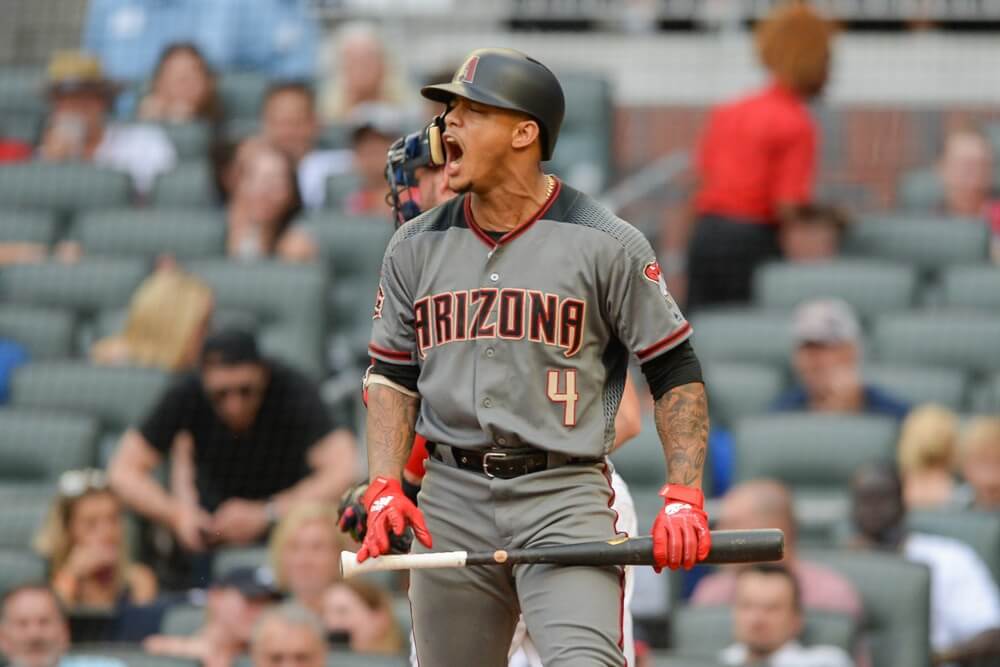 Welcome to the first installment of the “5 Players Who” series! This weekly piece during the baseball offseason will identify some under-the-radar players whose underlying metrics from 2021 will lead to greater (or less) success in 2022.

First up we have five players who hit under 20 home runs in 2021 who will hit more than 30 in 2022. What we are looking for in this category are players who had elite numbers in Statcast data but didn’t translate that into prodigious power. Also, players who were extremely unlucky in HR/FB rate might qualify as positive home run regressors.

Hopefully, you can acquire these players later in drafts to give your fantasy teams a power boost.

Certainly part of the decline in power for Marte was injury-related, as he was limited to just 90 games in 2021. He managed 14 homers in that span but was still massively unlucky in the power department.

Marte had the 15th-highest negative home run differential in the league. His expected home runs were actually 18 in 90 games, but he ended up with just 14. That’s a 30-homer pace in 150 games, something we saw Marte accomplish in 2019.

A full 57.1% of Marte’s round-trippers were no-doubters, according to Baseball Savant. That puts him in company with guys like Kyle Schwarber and Nelson Cruz.

Atlanta’s adopted son for the playoffs is searching for a new home this offseason. Whoever acquires the services of the NLCS hero is going to see Rosario take a step back up in the power department.

Braves fans won’t be surprised to see his name on this list after a few mammoth homers in the playoffs. But they masked the power outage he saw in the regular season, with just 14 home runs in 412 plate appearances. Still just 30 years old, Rosario posted the lowest barrel rate of his career (5.9%) despite his flyball percentage (28%) being identical to his career average. Rosario hit 13 home runs in the shortened 2020 season, after hitting 32 in 2019.

It really was only the first half of 2021 that sunk him. He hit seven homers with a .389 slugging in 78 games for the Indians but hit seven more with a .575 slugging in just 33 games for Atlanta. If Rosario can latch onto a team where he plays every day or at least gets the strong side of a platoon, 30 home runs is a real possibility.

One would expect a player in the top 25% of all batters in max exit velocity, average exit velocity, and HardHit% to have more than 14 home runs in an astounding 642 plate appearances. But his second-half power dip eliminated all hopes of a power breakthrough.

Lowe hit 12 home runs in the first half of the season but managed only six the rest of the way. I don’t know if pitchers figured something out on Lowe after a few months, but his batted ball info is staggering. His ground ball rate spiked from 50% in the first half (already high) to 60% in the second half and his fly ball rate dropped from 30% to 25%.

Lowe is a strong, hulking first baseman who is just coming into his prime with 114-mph exit velocity potential and a max home run distance of 465 feet (14th in the majors). Look for Lowe in his batting breakout year to top 30 home runs in 2022.

After Moncada hit 25 homers and 34 doubles in just 132 games in 2019 as a 23-year-old, fantasy managers were falling all over themselves to label him one of the next great young hitters. Moncada preceded to have a poor, short 2020 season and everyone wrote it off to small sample size, but then the struggles continued in 2021.

Moncada’s max exit velocity was top-40 in the majors (113. 8 mph), so the raw power is still lurking. There was absolutely nothing in Moncada’s contact rate or swings in the zone or out of the zone that would prevent this some self-correcting, so expect Moncada to get back to some elite power in 2022.

One of the unluckiest hitters in all of baseball in 2021 was Mr. Charlie Blackmon. Despite the ideal backdrop of Coors Field, Blackmon was unable to generate the power he possessed in 2016-2019. Blackmon in 2021:

Yes, Blackmon is getting older at age 35, but he still plays half his games in Coors for two more seasons and will perennially be a candidate hit near the top of the order.