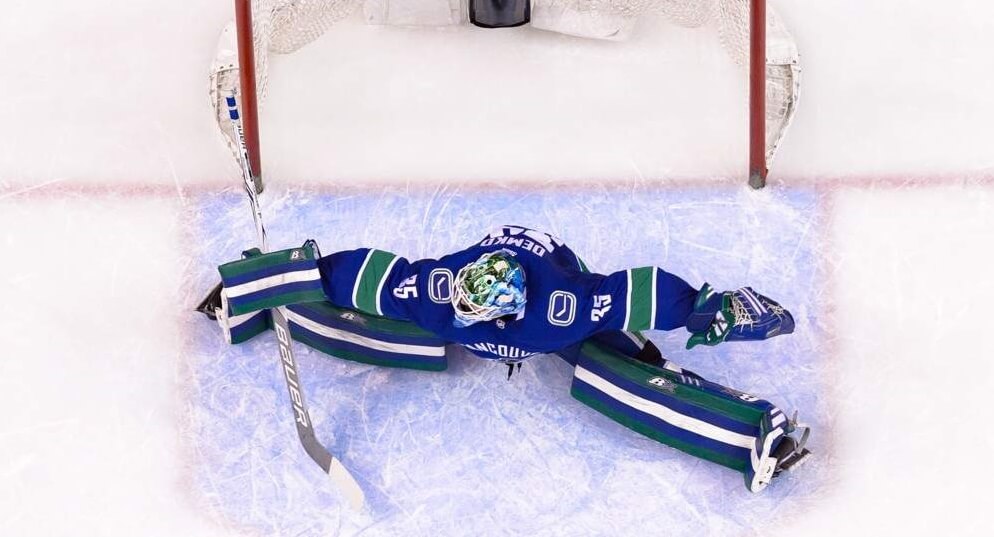 In a condensed NHL season and one in which games are often postponed, it’s more important than ever to know what goalies to start each week. Here at FantraxHQ, we are going to do the work for you and break down the best NHL goalie streams for Week 3. Depending on the depth and format of your league some of these suggestions will be more or less useful. As we all know, goalies are voodoo and any edge you can get will help you win your league.

One important strategy for NHL goalie streams is to look at the teams playing the most games for the upcoming week. Teams playing four games in Week 3 include the Arizona Coyotes, Boston Bruins, Calgary Flames, Colorado Avalanche, Minnesota Wild, Montreal Canadiens, Pittsburgh Penguins, St. Louis Blues, and Vancouver Canucks. The San Jose Sharks and Vegas Golden Knights were originally scheduled for four games but their two games against each other have been postponed.

The Coyotes have a tough road schedule this week with two games in St. Louis and back-to-back versus the Wild on the weekend. To this point in the season, Darcy Kuemper (83%) has been getting the vast majority of starts.  You can expect Antti Raanta (32%) to pick up one of the weekend games. This could help you in a head-to-head matchup where saves count, for example, or maybe you just need an extra start. The Wild are averaging exactly 3.0 goals per game, which is middle of the pack, while the Coyotes have been allowing 2.63 goals against.

The Bruins face the Capitals once, followed by a pair against the Flyers, and finish the week on the second night of back-to-back versus a rested Buffalo Sabres. The Bruins have been rotating back and forth between Tuukka Rask (96%) and Jaroslav Halak (68%). If Halak is available in your league he could get you a couple of decent NHL goalie streams for week three. Halak is sporting a nifty 1.30 GAA and .938 SV% over three games played. In addition, he plays behind a stingy Boston defense that is sixth in the league with only 2.33 goals allowed per game.

The Flames have three games away in Winnipeg followed by a Saturday night home game against the Oilers. Jacob Markstrom (98%) will likely play three of the four games. Meanwhile, David Rittich (30%), will pick up a start in one of the back-to-back games versus the Jets on Monday or Tuesday. Rittich should be considered a last resort, however, as he will be facing a Jets team that scores a lot (3.63 GF/G) and allowed four in his only start this year.

The high-powered Avalanche have a pair of games at home against the Wild before going on the road to face the Blues in a back-to-back on the weekend. While Pavel Francouz (71% owned) remains sidelined with an injury, Philip Grubauer (98%) is the unquestioned starter. If Francouz isn’t activated this week, rookie Hunter Miska (7%) is worth a look for a start on the weekend. Depending on how deep your league is, he could be a good stash for the future as well.

The Wild travel to Colorado for two games and end the week with a pair at home versus the Arizona Coyotes. An interesting situation between the pipes has developed in Minnesota. With starter Cam Talbot (78%) just coming back from injury, 24-year-old rookie Kaapo Kahkonen (55%) has been filling in quite admirably. Expect him to continue to share the load and perhaps steal a few more starts from Talbot going forward. If you are already own shares in Talbot, Kahkonen is a good handcuff and could be a good long term keeper add as well.

No one is going to question that Carey Price (95%) is the man in Montreal. So, you can expect Price to play three out of the four games on the Habs slate for the week. However, with a back-to-back against the Canucks early in the week, experienced back-up Jake Allen (35%) will make a be one of the better NHL goalie streams for week three. In three starts this season, Allen has been impressive with two wins, a 1.66 GAA and .933 SV%.

While the Penguins have been struggling to keep the puck out of their net, they also score a lot and have a decent schedule this week with four games nicely spaced out. They play one in New York versus the Rangers, then two at home against the Devils and end the week with a tilt with the Islanders. Starter Tristan Jarry (92%) has been less than great with only two wins in six starts and a 3.92 GAA and .859 SV%. Backup Casey DeSmith (32%) hasn’t been much better, but if you need a couple of starts this week, DeSmith might be worth a gamble as the Penguins are still capable of pulling out a run and gun win.

The Blues have a four-game homestand this week with two versus the Coyotes and then they face the Avalanche in a back-to-back on the weekend. It is likely that Jordon Binnington (100%) starts three of the four, including both against the Coyotes. Rookie back-up Ville Husso (19%) will then probably draw one of the difficult matchups with the Avalanche and hasn’t been good when called upon. If you are desperate for a start late in the week, Husso will likely be available in your league.

The Canucks face a tough test this week with both the Canadiens and the Leafs in town for two each. Vancouver has been rotating back and forth between veteran Braden Holtby (91%) and Thatcher Demko (72%). Demko has been excellent of late, winning his last three starts while only allowing a single goal in each game. If he is available in your league he is worthy of a pick-up, but be wary of the tough match-ups in his immediate future.

Those are your NHL goalie streams for Week 3. Come back next week for more!