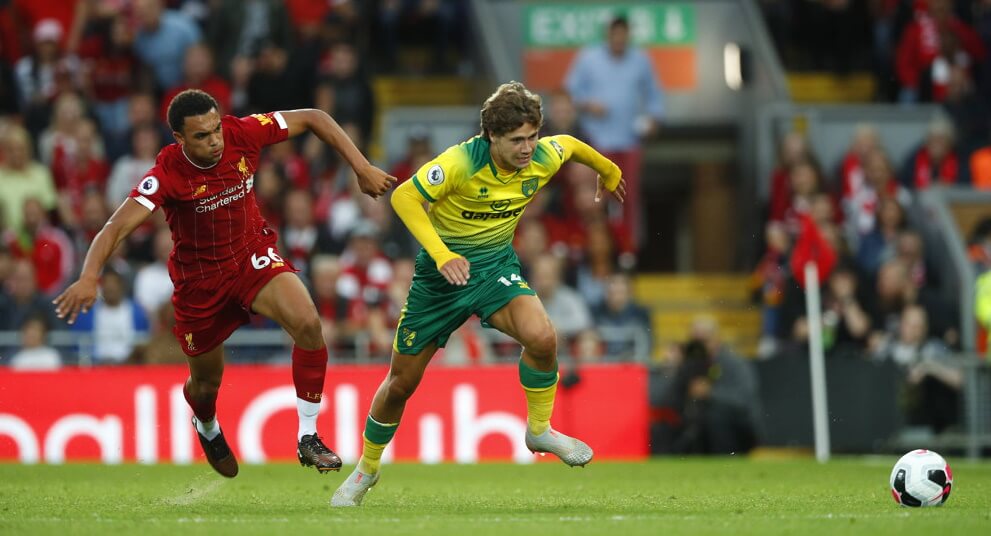 After 8 weeks of Premier League action, it is time to evaluate some of the best and worst Fantasy EPL Waiver Wire recommendations of this season. While there have been some absolute gems that may have lead you to be top of your table this season, there have also been some really poor pickups. There have been players that have come in and done nothing, or worse lost their spot in their own team’s XI.

Here we will be evaluating 4 recommendations I have made in the past weeks, my thoughts on how they have done since then, and what to do with those players going forward. With 30 weeks left to play in the EPL, there is still plenty of time to find the next Mason Mount to lead your title charge, so don’t panic if you haven’t made the best pickups!

Waiver Wire Evaluations: Todd Cantwell has been an incredible fantasy asset this year. Although his PPM has dropped, in the large part he is becoming a set and forget MID4 for any team. Cantwell has some games of inconsistency, but this season, for the most part, he has been getting it done with 2 goals since Gameweek 2. Cantwell’s production seems to be on a steady decline. It would be a great time to try and trade him out after his 15.5 points vs. Aston Villa. Cantwell definitely went undrafted, unless you have a diehard Norwich fan in your league, and if you picked him up after Gameweek 2 has provided you with an average of; 8.16 points per match. That is outscoring the likes of Redmond, Jota, and Tielemans.

Verdict: I would try to sell Cantwell on a high and aim for a MID3/FWD2. If you can’t get proper value for Cantwell hold him until his production completely fades off.

Waiver Wire Evaluations: Adama Traore has been one of the hidden gems of this Fantrax season especially in recent weeks. Since getting his first start at Everton the speed king has come into his own. Adama is becoming the player Nuno envisioned when he bought him last season. In his last 3 starts, he has 2 goals (both vs. City) and 1 assist. Adama has almost made himself un-droppable this season, and if you managed to get your hands on him, I assume he has helped you to a few victories as well. When Adama starts for Wolves he should be in your XI regardless of matchup, he is far from goal dependent offering plenty of dribbles and key passes. In recent weeks Adama has served you well, but there is still the fear he is in and out of the Wolves XI.

Verdict: Adama is at the highest value he will ever be, and if the offer is right I would sell high on Traore. Look to get back a MID3 with consistency and upside such as Ndidi, or look for every week FWD2 in Josh King. If you can’t get good value, hold Adama for the foreseeable future even if he doesn’t start every game.

Waiver Wire Evaluations: After starting the first two games of the season, Benteke has been subject to just bench appearances. He is also still looking for his first goal of the season and has looked extremely poor when called upon. Ayew has replaced Benteke in the XI and looks set to stay there for the foreseeable future, as he has taken advantage of his opportunity. I can honestly say that Benteke was not one of my best calls this season. It seems Hodgson has lost faith in him, and hopefully so have most of you. When Benteke has come off the bench he does have a few decent scores of 5+ points, but that’s not enough to warrant a spot in your XI. Palace as a whole looks a bit better going forward now, but sadly Benteke has not been a part of that recent spark.

Verdict: If you haven’t already it is time to drop Benteke to your FA pool for a player that actually starts matches. In the future, if Benteke is ever recalled to the XI, look to pick him up off your waiver wire as his floor is incredibly high in Fantrax scoring.

Waiver Wire Evaluations: Yarmolenko has been incredible since introduced into the West Ham XI. Since you were advised to acquire him he has scored 3 goals in 5 games and provided you with about 11.2 points a match. For someone who was picked up off the waiver wire, he can now be considered a solid FWD2 for the future. His main competition for a place in the XI, Antonio, is out until after the new year with a torn hamstring, which bodes well for Yarmolenko owners. West Ham as a whole looks like a very fluid attacking team that will score a lot of goals this season and Pellegrini speaks extremely highly of his right winger. I expect a lot more goals to come from Yarmolenko, especially once Lanzini gets fully fit and firing again.

Verdict: I would keep Yarmolenko, as he has an incredibly high ceiling, but his dependence on attacking returns may frustrate some owners. If you are looking to trade him out I would look for a MID2 or DEF1 as Yarmolenko has incredible upside. Target players such as Chilwell, Redmond, Buendia, or Robertson if you are looking for a trade.

Check out if any of these other players are still available from the Week 9 Waiver Wire.