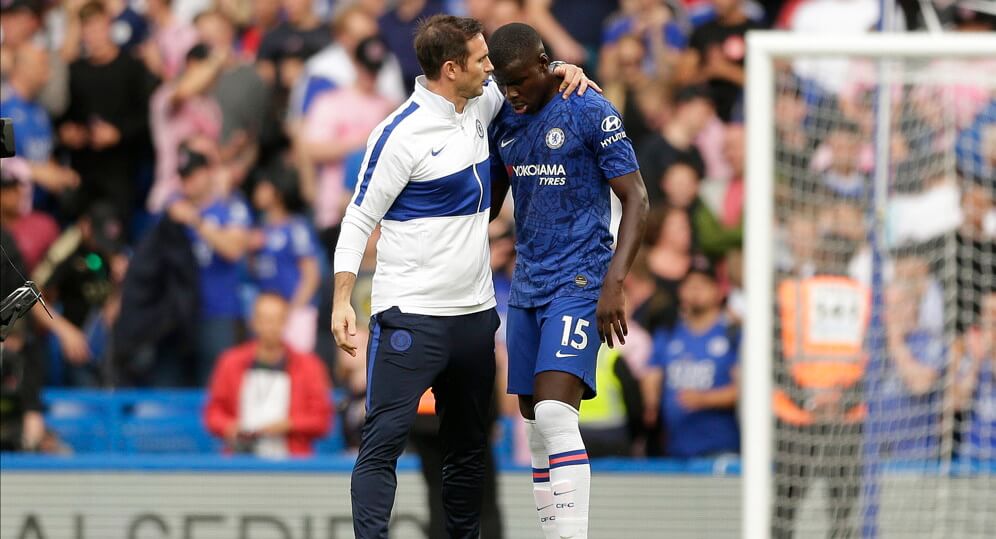 Every Fantrax manager knows that Waiver Wire and Trade acquisitions can make or break your Fantasy EPL season.  The Gameweek 9 Waiver Wire article is here to help managers pick up the best Premier League players possible from the waiver wire, as well as suggest players to potentially target for a trade with a fellow manager!

Prospects: Chelsea has one of the easiest schedules coming up after the international break, with the potential for 4 clean sheets in their next 5. Recently Chelsea has been looking better and better under Lampard and their team is clicking into next gear. Kurt Zouma, has also improved tremendously as of late after his poor early-season showing. Recently he scored 7.75 vs. Liverpool and 6.75 vs. Southampton, both without any clean sheets or attacking returns. He is a huge threat from set pieces and wins a ton of aerial battles. He has extremely low ownership for a top-6 team defender, and I would use a high waiver wire claim ahead of Gameweek 9. Zouma can be considered a DEF2 for the next four games, then depending on his performances look to drop, trade, or bench ahead of the trip to the Etihad.

Prospects: Arsenal has looked better defensively as of late and even kept a clean sheet vs. high scoring Bournemouth. Calum Chambers has been incredible in his new right back role for Arsenal and will give Bellerin a tough run when he’s fully fit. For the coming weeks, it can be assumed that Chambers is first choice, and I would waiver him in ahead of Gameweek 9. Arsenal has an easy run of games, and while Chambers still has the role he is a viable DEF3. Chambers as well has been an attacking threat with 1 goal in 4 starts and should have the chance at a few more attacking returns in the coming weeks. If Chambers is available on your waiver wire, I would use a mid-tier waiver claim on him for Gameweek 9, at least until Bellerin wins back his spot.

Prospects: Brighton as a whole looked very impressive in their 3-0 thrashing of Spurs, but it is Aaron Mooy that has the most long-term value. When Mooy was on Huddersfield he was a viable MID4 each and every week. This year he looks to be playing a lot higher up the pitch and has plenty more chances for attacking returns. Against Spurs, he managed 12.5 points and no attacking returns which is very impressive. Noticeably as well, Mooy took some set pieces, which adds plenty of value given Brighton’s aerial threat. Ahead of Gameweek 9 I would look to use a low tier waiver wire claim on Mooy, just in case he loses his spot. If Mooy does continue in the XI consider him a solid MID4, and expect similar production to his Huddersfield days.

Prospects: Ndidi is as reliable in Fantrax as defensive midfielders come. He currently is 11.71 ppm, and fills up the stat sheet nicely every game. He is the main ball winner on a high offensive Leicester team and takes a fair amount of shots. Ndidi has 1 goal on 6 total shots this season, and with his schedule coming up, could easily add another. Players like Ndidi allow you to have some high risk, “boom and bust” players, as when they bust, his consistency still gives you a chance to win. I would look to trade in Ndidi ahead of Gameweek 9. Look to offer a very under-performing bigger named MID3 such as Tielemans, Milivojevic, and James Ward Prowse. If you are rich in defenders look to offer a DEF2/3 depending on your roster such Tarkowski, Evans, Maguire, or even a rotation risk Doherty.

Prospects: Erik Pieters is currently the #2 defender in Fantrax only behind Alexander-Arnold. While it is highly unlikely he will stay there, I would bank on him being a top 10-12 defender this season. Burnley as a whole looks like a well-drilled defensive unit this year, and it is Pieters gaining the most from that. Pieters has massive attacking upside with 8 key passes and 3 assists so far, this season, but he also fills up the stat sheet nicely. He is top 10 among defenders in tackles won, interceptions, and accurate crosses. I would consider Pieters a set and forget low-end DEF1.

While I wouldn’t be too confident starting him vs. Liverpool or City, he will still provide you consistent points every matchup that can help lead your team to a title. Pieters was most likely scooped up off your waiver wire in the early weeks, so you may be able to get him on the cheap. I would try to offer a bigger name MID4/DEF2 who are starting to under-perform to tempt a manager. Try the likes of Rose, Walker, Keane, Shaw, or for midfielders try Barnes, Iwobi, Pulisic, Wilson.

Prospects: Manchester United have been awful as of late, and can’t seem to score goals consistently. Not only that they are seriously struggling to create decent chances in front of net. All United assets are suffering, but Daniel James is plummeting faster than all after his insanely hot start. In his last 4 starts his scores are (3.5, 4, 3.5, -0.5), for someone who was supposed to be a solid MID3 these stats are horrible. While I do have a hope that United may turn it around when the likes of Pogba, Martial, AWB, and Shaw are back, I think Daniel James hovers around 7ppm for the rest of the season.

I would try to trade James ahead of Gameweek 9 and save yourself the disappointment. While James is getting extremely close to the “droppable” level, in this trade it is best to first approach a United fan. Try to get any consistent point scorer from their team, for example, Pieters mentioned above would be a fantastic target to get for James. Other names could include the likes of Billing, Ndombele, Cleverley, or even the new and improved Adama Traore.

Check out if any of these other players are still available from the Week 8 Waiver Wire.